Where The Wild Grow

The downtown turkeys seem a bit less visible this year. Usually by now there is a huge flock spends all their time crossing the street back and forth. I think it’s to show dominance over us by making us wait. I have seen a few people try to speed up just a little to get around them, but they speed up as well and block the cars. Long ago I learned to just stop and wait. No use fighting a flock of turkeys. They are HUGE! By this time of year though, there are a good ten to fifteen in the flock. At last count I only saw five. I wonder if they had a falling out amongst some of the family members and split the family. Maybe they each stay on their side of the road now and refuse to talk it out. I see a Romeo and Juliet scenario playing out this holiday season. Throw in the fact that Thanksgiving is right around the corner and you got yourself a real drama on your hands. 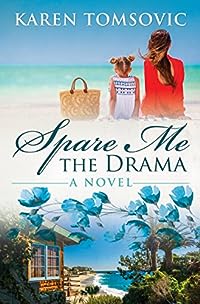 Spare Me the Drama: A Novel
by Karen Tomsovic

Love and Laughter join hands in this tender, funny tale of second chances and family life.

For two decades, Martin Leon and his wife blissfully penned a daytime soap together while growing their large family before real life took a melodramatic turn…

Sexy star Roxanne Hunter parlayed her role on the show into a thriving luxury bedding business and never looked back. Just when she was on the brink of having it all, the universe pulled the rug out from under her, leaving her with a secret heartache…

When Roxanne accepts Martin’s invitation to a family birthday party, it’s only to check up on an old friend in grief, not fall for him again…
But the women in Martin’s family have other ideas.

Soon friendship turns to love for Martin and Roxanne. But can they conquer eight interfering kids, writer’s block and lost loves to write the happy ending Roxanne always wanted but never dreamed she’d have? 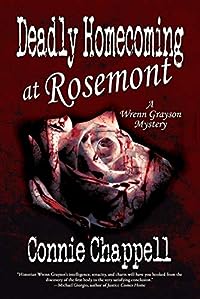 Historian Wrenn Grayson arrives at the Rosemont mansion expecting to receive payment for her services from the mansion’s new owner, Clay Addison.

Priceless Egyptian artifacts were stolen from the history department safe. Wrenn’s longtime love, Eastwood professor Gideon Douglas, heads the department. Only recovery of the artifacts will save his career.

He wishes Wrenn would stop searching down clues ahead of the police and pacify temperamental playwright Barton Reed. Barton’s play is just days away from opening in the town’s historic Baxter Theater.

But it’s her stubborn one-woman approach that places her directly in the killer’s path. 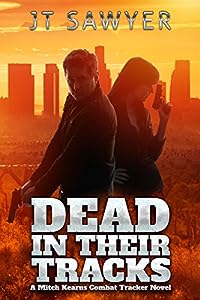 FBI Agent Mitch Kearns had just finished teaching a mantracking course and was looking forward to time off when the daughter of a former black-ops mentor shows up on his doorstep in desperate need of help. The Aeneid Corporation, a military contractor that provides mercenaries to third-world governments, wants Devorah Leitner dead and the secrets she carries buried. With his life taking a drastic turn as the two are pursued by trained killers through the desert, Mitch has to use every trick in his arsenal as a former combat tracker to elude their pursuers until they can thwart the sinister plot to launch a terrorist attack on U.S. soil.

Dead in Their Tracks is the first book in the riveting, action-adventure series by author JT Sawyer. 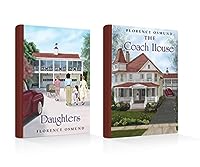 Boxed Set – The Coach House and Daughters
by Florence Osmund

Each book in this two-book series is a B.R.A.G. Medallion Honoree.

The Coach House – When Marie discovers the extent of her husband’s involvement in 1940s Chicago underground activities, she gives up what had appeared to be the perfect life — a good job, a loving husband, and the promise of starting a family. In her pursuit of a new life, fate draws her to Kansas where she finds refuge in a coach house apartment tucked away behind a three-story Victorian home in the quaint town of Atchison — an ideal place to start over, away from big city life and Richard.

But Richard isn’t about to let her go easily, and his convincing attempts to coerce her into believing that she is safer with him in his world than on her own cause Marie to second-guess her own convictions more than once.

Scared, confused, and at the brink of deciding what to do in order to find peace in her life, Marie discovers the identity of her real father and his surprising heritage — changing her life more than Richard ever could.

Daughters – Discovering the identity of your real father can be life-altering. Just ask Marie. At twenty-six, she is about to meet her father for the first time and sit down to Thanksgiving dinner with him and his family.

As she packs her suitcase, Marie wonders how her newfound family will receive her and what she will learn about them… and their ethnicity. While she realizes that her life will change because of them — it is not knowing just how much that scares her.

Will Marie find the peace and truth in her life that she so desperately needs, or is it unrealistic for her to think that such disparate lives can freely converge in 1940s middle America? She quickly learns that the answer to that question is not going to come easily.

A lot happens as a result of Marie’s visit, but ironically the most significance consequence grows out of an encounter with a twelve-year-old neighbor girl named Rachael. 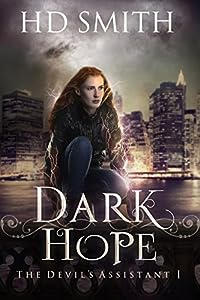 After five years of working for the Devil, Claire Cooper believes she lives an otherwise normal life. Until she finds herself in jeopardy for a murder she did not commit. Desperate to save her life and soul, she enters Purgatory, but runs afoul of the Devil’s sister, Pagan Queen Mab. Mab has her own agenda and uses Claire to get even with the Devil. Claire learns each ruler is in a race to discover “the girl” in the prophecy to fix time. As Claire peels away clues to the real killer, she realizes she must outwit the Devil’s children or end up a prisoner in Purgatory forever.