It’s time for my kitty Sinny to go back to being out of shape and lazy. This cat is out of control. He just dropped into my lap from gosh knows where and gave me a heart attack. I thought it would be great for him to lose a few pounds and be more active. I was wrong. He is crazy, and his craziness is turning me into a crazy cat lady who yells at her cats asking why he would do such a thing! AND EXPECTING AN ANSWER! 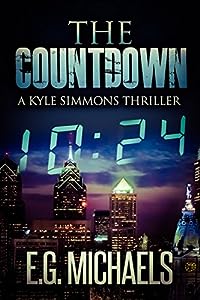 The peacefulness of a beautiful autumn morning is shattered when a prominent Philadelphia City Council member is found dead just days before his near cinch reelection.

Hand-picked by the mayor, Detective Kyle Simmons is given one mission: Find the killer by any means necessary before Election Day. It’s clear to Simmons that this murder wasn’t a crime of passion but one of calculated and ruthless aggression.

Within a short time another council member is killed in the same violent manner. Simmons quickly realizes the stakes are climbing and things are quickly spiraling out of control. His best hunch is that a killer known as “The Sandman” is targeting council members one-by-one but is it for revenge… or some other reason?

As the body count rises, a deadly game of cat and mouse begins with Simmons racing against the clock to catch the Sandman before the entire city council is wiped out. Can Simmons stop The Sandman before it’s too late? E.G. Michaels delivers another action-packed thriller that quickly puts the pedal to the metal and keeps it there until the explosive conclusion. 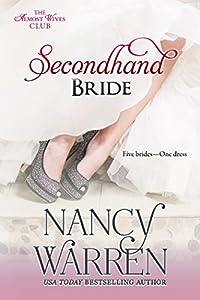 The Cinderella Bride
As the poor relation in the rich and powerful Carnarvon family, Ashley Carnarvon is used to hand-me-downs.
But getting handed down a wedding dress? Bad enough that the bride who was supposed to wear it, ditched her groom and the gown, but even worse, the dress doesn’t suit her.

At twenty-five, Ashley’s not sure what she wants to do with her life. She’s still living on the Carnarvon compound in Malibu, sharing a cottage on the property with her mother. She goes to school part time, works part time and parties more than she should. Mostly, she parties with Eric Van Hoffendam, who’s the slacker in his rich, powerful family. A lot of their friends are starting to get married and when Eric asks her to marry him, she likes the idea. Eric doesn’t look down on her or demand anything of her. Life with him would be easy, and Ashley likes things to be easy. Until her childhood crush shows up…
Bennett Saegar has a bad habit of making his life harder than it needs to be. Trying to make it as a Hollywood screenwriter is hard enough, but when a movie star stages a very public suicide attempt over unrequited love for him, the media frenzy is so bad he needs a place to hide out. Luckily, the pool house is free on the property of his family friends, the Carnarvons. He’ll be out of sight and able to concentrate on his next screenplay. Best of all, he’ll be far away from women.

When he moves into the pool house, the first person he sees is Ashley Carnarvon. Ashley who had a world class crush on him ten years earlier. Now, she’s all grown up and something about her pulls at him. Good thing she’s engaged, or she could be a serious distraction. Then, Ben meets her fiancé and realizes this guy is all wrong for Ashley. She’s got so much more potential than she realizes. He wishes he knew how to show her how special she is without anyone getting the wrong idea about his intentions. Especially him.

The Almost Wives Club is a romantic comedy series about taking chances and finding love in unexpected places. 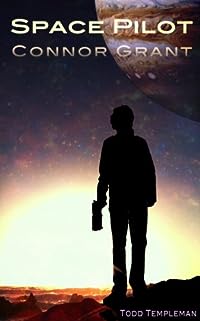 In a future that embraces humanity’s desire to expand into the Solar System, raiding pirates have managed to hide their enormous strange base somewhere inside it. Space Pilot, Connor Grant, is about to learn just how immense it can be out there. Even in the age of metadrives, rescuing a friend lost in the Outer System is no easier than finding a coin tossed in the ocean. And while pilots enjoy visiting the great cities of the Inner System, as engineers continue upgrading their ships with fantastic inventions, everybody will find out soon enough that someone tougher than pirates has been hunting in the Asteroid Belt. 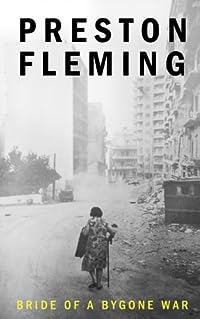 The second book in the Beirut Trilogy, BRIDE OF A BYGONE WAR is set in the spring of 1981, following the American elections, when Lebanon hopes for fresh political winds that might end their seven-year civil war. Enter Walter Lukash, a midlevel CIA officer assigned as intelligence liaison to the Phalange militia. Lukash soon becomes a pawn in a Levantine game intended to draw the U.S. into conflict with Lebanon’s Syrian occupiers. Unfortunately, Lukash is too distracted by problems arising from having abandoned his Lebanese bride five years earlier to see the trap until it springs.

Beirut, 1981. Walter Lukash, a journeyman CIA case officer, has been posted in the Middle East for eight straight years and is ready for a quiet desk job back in Washington. When he is ordered to Beirut instead for a two-month secret liaison assignment with the Phalange militia’s intelligence unit, his superiors believe they understand his reluctance to accept.

What they don’t know is that, five years earlier, Lukash secretly married a Lebanese woman against Agency rules and abandoned her soon after the outbreak of war. More than that, his new Irish live-in girlfriend, whom the Agency considers a security risk, has followed him to Beirut from Amman and Lukash has defied orders to break off the relationship.

When the two-month assignment is extended to two years, Lukash realizes he can no longer avoid painful realities and choices. But before he can straighten things out, he is caught in a deadly three-way intrigue between the Phalange, the U.S. government and Lebanon’s ruthless Syrian occupiers that threatens to unleash the full force of Syrian-backed terrorism against Americans in Beirut.

BRIDE OF A BYGONE WAR captures the unique atmosphere of Civil War Beirut with a lively and intelligent style that draws the reader into deep identification with the characters and the action. 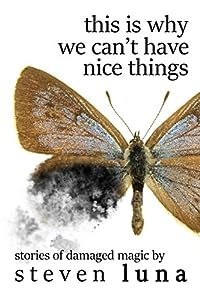 This is Why We Can’t Have Nice Things: Stories of Damaged Magic
by Steven Luna

Magical realism takes a darkly whimsical turn in twenty tales of unexpected enchantment from the imagination of Steven Luna.

A man who receives life-changing financial advice from the talking fruit in his breakfast bowl… a girl whose thoughts incinerate her family over and over again… a house that wants nothing more than to please its occupants, and will do anything at all to make sure they’re happy. From enchanting to troubling to downright disturbing, this is why can’t have nice things explores the notion that sometimes even the most promising of magic can go askew, through an array of characters whose outcomes can be horrifying, hilarious, or heartbreaking – all delivered with inventive charm and wickedly gleeful wit.

Wonder no more of magic, for this is why we can’t have nice things.