I don’t think my friends know how much I love them. I thought I was clear how important they are to me, but I might just have to come out and say it directly. I bring this up because last Friday I had a few friends and their kids over for pizza and a pleasant walk to see the huge Christmas light display down the street from my house. There were a good nine adults and ten kids. We hung out for at least four hours at my house, and in that time I am sure everyone used the bathroom at least once. So with all those people, in all that time, NONE OF THEM USED THE SPECIAL TOWELS! I set out my cute Christmas towels for them to dry their hands in the bathroom. They were right there next to the sink. It was obvious what they were there for. The plain white towel hanging on the bar looked well used, so I know they washed their hands. None of them felt important enough to use the fancy towels? This breaks my heart. I could think of it a different way. It could be that the fancy towels are for guests, and they feel so comfortable that they don’t consider themselves guests. Yes… that is what I am going to think as I put away the fancy towels so the baby bassets don’t use them. GET YOUR GRUBBY PAWS OFF MY FANCY TOWELS BOYS! 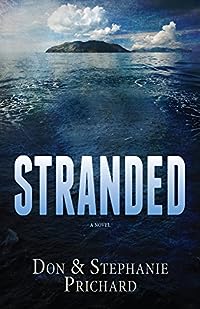 First they had to survive the island… then each other… then their rescuer.

All Marine Corps reservist Jake Chalmers wants is to give his dying wife a last, romantic cruise to the Philippines. Unable to save her in a mass murder aboard ship, he washes ashore a jungle island, where he discovers three other survivors. Heartbroken that he failed to save his wife, he is determined not to fail these helpless castaways.

Federal prosecutor Eve Eriksson rescues a young girl and her elderly great-aunt from the same ship. They badly need Jake’s survival skills, but why is he so maddeningly careful? She needs to hurry home to nail a significant career trial. And, please, before Jake learns her secret that she’s responsible for his wife’s death. 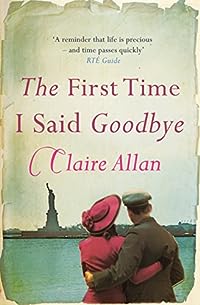 The First Time I Said Goodbye
by Claire Allan

Would you hold on tighter if you knew you were saying goodbye forever?

In 1959, factory girl Stella Hegarty finds herself falling unexpectedly for the charms of a handsome US marine based in Derry.Caught up in a whirlwind of romance, Stella finds herself planning a new life in America with her beloved Ray.But when tragedy steps in, both their lives are thrown into turmoil and they come to realise they may have said their first, and last goodbye.

In 2010, Annabel Jackson, reeling from the loss of her father, agrees to accompany her mother Stella back to Ireland to meet her family for the first time. In Derry they both start to realise that sometimes you have to say goodbye to what you thought you always wanted, in order to find what you have needed all along. 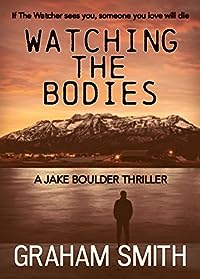 Looking for a fast-paced and utterly gripping crime thriller? Then try this book by #1 best-selling author Graham Smith, an explosive thriller full of stunning twists and turns.

When Jake Boulder is asked by his PI friend to help investigate the vicious murder of Kira Niemeyer, he soon finds himself tracking a serial killer who selects his next victim in a most unusual manner.

As the body count rises, Boulder has to work with the police to identify the heinous killer before more lives are taken. What ensues is a twisted game of cat and mouse, that only Boulder or the Watcher can survive. But who will it be?

Watching The Bodies is the first in Graham Smith’s new Jake Boulder series, a fast-moving and action-packed crime thriller, it will appeal to greatly to fans of Lee Child’s Jack Reacher series.

A European getaway during the Christmas holiday is exactly what veterinarian Katrina “Kat” Parsons needs. She can’t wait to be a bridesmaid in her childhood friend’s royal wedding, but she hopes to steer clear of the bride’s arrogant older brother.

Crown Prince Guillaume wants his younger sister’s wedding day to be perfect, but he’s suspicious of Kat. He and his mother are on high alert, afraid Kat is not just there for the wedding, but also to find a prince of her own.

But when Kat’s kindness and generosity prove them wrong, the prince realizes there’s more to her than he ever imagined. Can he trust his heart or will he lose the one woman he can’t live without? 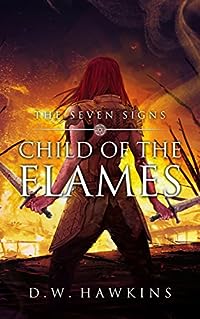 The Red Swords came with the sunrise and took everything Shawna Llewan held dear.

Her family massacred, her home destroyed, she escapes with nothing but her mother’s heirloom and the desire for vengeance. When she’s found by Dormael, a Warlock of the Conclave, she learns that her mother’s keepsake — the very reason her family was killed — holds the power to unleash boundless destruction. Dormael and Shawna must flee for their lives before a vengeful enemy and guard against the deadly secret it seeks to unearth.

Some secrets are best left buried, and vengeance must be pulled from the fists of the gods. With danger closing in around them, Shawna and Dormael are left with little choice. Will they escape, or will they drown beneath a tide of blood?

Child of the Flames is book one of The Seven Signs, the first in a sword and sorcery series full of magic, intrigue, conspiracy, violence, and mystery. If you’re looking for a new favorite world to call home, Child of the Flames will give you a reason to lose a little sleep.