Hello To You Stranger!

I’m BACK!!! Where to start. I will start from the beginning I guess. No.. the end. I am so happy to be home again. Some people visit Europe and think they never want to go back home. Not me. Don’t get me wrong, I loved every single city we visited in France, Germany, and Italy. All of them were fantastic and I was completely mesmerized. I was not however mesmerized by any of the bathrooms. That right there is a deal breaker. All of them were tiny and the showers were definitely made for short people. I know that is too much information, but bathrooms are very important to me. The ones at The Louvre in France were pretty good, so I will give them that. Besides the bathrooms I have a lot to talk about. This was the first time my baby bassets and I had been to Europe, but thankfully not the first time for my hubby, his sister, her hubby, and my mother in law. This would prove to be a very important asset during the trip. I will tell you all about it over the next few days, or even weeks. I have about ten million pictures and I will show you EVERY SINGLE ONE!!! Unfortunately I spent too much time on this post talking about bathrooms, so I have nothing for you right now. Don’t worry… it gets better. 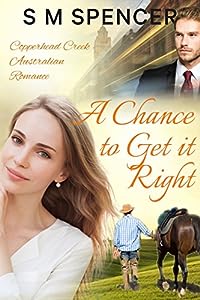 Katrina Jacobs knows something is missing from her life — even though most would say she has it all. But when she pays a visit to her sister in the sleepy rural town of Willows, she discovers what’s been missing.

Richard Jensen has the looks, the money and the career — now all he needs is the perfect wife. He’s convinced Katrina’s the one; he just needs to make it happen.

Terry Winters doesn’t mind the whispers going on in town — after all, he moved to Willows for his horses, and they don’t listen to rumours.

As Katrina grows fond of Willows, she finds herself caught in a battle between substance and form, learning that having it all isn’t the same as getting it right.

But is it just the town she’s enamoured with?

A Chance to Get it Right is the second instalment in the Copperhead Creek Australian Romance series, and while this is a stand-alone story with respect to the main characters, some of the characters from the first book, A Chance to Come True, make appearances as life continues in the rural town of Willows. 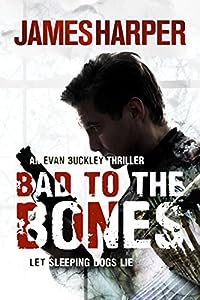 A haunted man. A desperate woman. A chilling secret that won’t stay buried.
Wise-cracking, street-smart private-eye Evan Buckley’s wife went to work one day and didn’t come home. He’s never stopped looking for her. Tormented by demons, consumed by his unrelenting quest for the truth, he loses himself in other people’s problems.

When Linda Clayton’s son Daniel disappeared ten years ago, she didn’t think her life could get any worse — until her husband ran away. Makes you thankful you’re not Linda Clayton.

After Evan’s latest case ends in disaster, he’s at the end of his tether — until fate throws him headlong into Linda Clayton’s desperate world and a long-dead investigation that everybody wants to stay that way.

But Evan never does what everybody wants, and he vows to find answers for her that he can’t find for himself. As the suspense ratchets up, he’s caught in a desperate fight for his life with a stone-cold killer who will stop at nothing to protect his secrets…
With action-packed twists and turns and a pace that doesn’t let up until the chilling conclusion, Bad to The Bones is a brilliant debut to a gripping new crime series from James Harper. 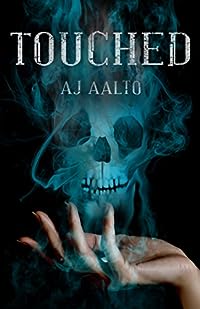 The media has a nickname for Marnie Baranuik, though she’d rather they didn’t; they call her the Great White Shark, a rare dual-talented forensic psychic. Twice-Touched by the Blue Sense — which gives her the ability to feel the emotions of others, and read impressions left behind on objects — Marnie also has a doctorate in preternatural biology and a working knowledge of the dark arts. She is considered without peer in the psychic community.

Then her first big FBI case ended with a bullet in one shoulder and a chip on the other, a queasy heart and a serial killer in the wind, leaving her a public flop and a private wreck. When the FBI’s preternatural crimes unit tracks her down at a remote mountain lodge for her insight on a local case, her quiet retirement is promptly besieged by a stab-happy starlet, a rampaging ghoul, and a vampire-hunting jackass in tight Wranglers. Marnie figures the only real mystery is which one will kill her first.

Too mean to die young, backed up by friends in cold places, and running with a mouth as demure as a cannon’s blast, Marnie Baranuik is about to discover that there’s no such thing as quitting time when you’re Touched. 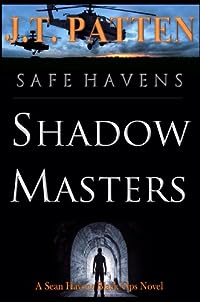 Former government and military advisor, J.T. Patten has written a “blacker than black” thriller in his new black operations series, Safe Havens. Readers who enjoy classic military thriller characters like Mitch Rapp and Jack Reacher will tear through pages as these black ops soldiers become unwittingly embroiled in unsanctioned government programs to stage proxy attacks and spoof terror events on U.S. soil to jumpstart military spending. The story is permeated with Patten’s experience in supporting covert activities. Readers will experience jaw dropping twists and ultimately question who is good or bad in the blurred lines of morally ambiguous national security, as a fallible intelligence specialist and family man, Sean Havens, enters the world of terrorism and spy thriller set ups. 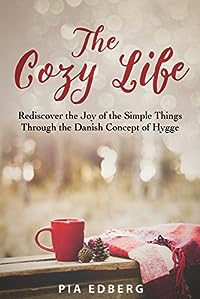 The Cozy Life: Rediscover the Joy of the Simple Things Through the Danish Concept of Hygge
by Pia Edberg

This was the first book ever written about hygge in the world.
A classic treasure that feels like an old book from times forgotten, with cream coloured pages and hand drawn illustrations. Not only is this book about Hygge, it ‘feels’ Hygge. This is the original and first published book about Hygge that started it all…

In today’s world, we’re constantly rushing from one thing to the next and are struggling with information overload. We’re more disconnected from ourselves and our loved ones than ever before. Rediscover the joy of the simple things through the Danish concept of Hygge in The Cozy Life. This book will inspire you to slow down and enjoy life’s cozy moments!

Learn about the Danish cultural phenomenon of Hygge, and the secret to why
Denmark is consistently rated the happiest country in the world
Embrace the little things and take simplicity and minimalism up a notch
Add Hygge into every aspect of your life with practical examples and tips
Say goodbye to the Winter Blues and live a healthier, centred life

This charming little book, filled with hand drawn illustrations, beautifully addresses that yearning we all have for a more authentic life, created by ourselves instead of external forces.

What’s stopping you from living a more meaningful and connected life?