Hubby bought me a Christmas gift from Amazon, and when I went to do a little shopping on the site myself, a picture of it came up on the front screen as a current purchase. I asked hubby if he bought the ridiculous item and he said yes it’s a Christmas gift for me. Since the surprise was spoiled though, it’s no longer a Christmas gift and we can use it when it arrives. The item, that I thought was so ridiculous and a waste of time and money, is the Rapid Egg Maker. I do not have have space in my kitchen or life for silly gadgets like this. I was a little annoyed to say the least. So the egg cooker arrived. Umm… how do I say this? In two days I have made hard boiled eggs for breakfast, snack, and lunches, poached eggs, and egg salad. I just went to the store and bought 36 more eggs. What else can I do with this little gem?

Blood of Others received one of the world’s top literary prizes for crime fiction, the 2003 Arthur Ellis Award, given by the Crime Writers of Canada for Best Novel. In his praise of the book, James Patterson, the #1 Worldwide Bestselling Author, said Blood of Others, was: “Tense, realistic, and scary in all the right places.” 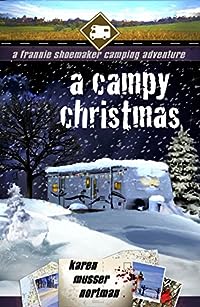 A Holiday novella. The Shoemakers and Ferraros plan to spend Christmas in Texas with Larry and Jane Ann’s brother and then take a camping trip through the Southwest. But those plans are stopped cold when they hit a rogue ice storm in Missouri and they end up snowbound in a campground. And that’s just the beginning. Includes recipes and winter camping tips. 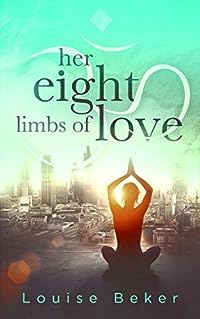 Her Eight Limbs of Love
by Louise Beker

Sasha Devine’s life as a private Yoga Instructor to elite clients in London is no smooth spiritual sailing. In fact, it’s fast becoming a tidal wave of transformation. Having fled her past in California, Sasha’s living half the life she dreamed of. The other half is someplace she’s firmly slammed the door on.

With her fun-loving friend and Personal Trainer, Fiona, creating a swell of shenanigans about her, Sasha’s life begins to turn topsy-turvy and she unwittingly finds herself on a collision course with lust, love and the wisdom of a mysterious ‘Guru’.

With her head battling her heart, and her repressed hormones raging, Sasha attempts to use the Eight Limbs of Yoga to keep herself afloat. But can an ancient philosophy heal her past and help her find true love in the process? 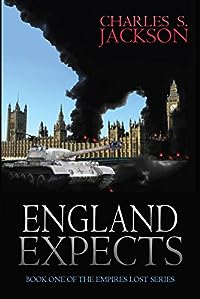 France has fallen with 300,000 men of the British Expeditionary Force taken prisoner trapped on the beaches of Dunkirk. Edward VIII still reigns and mourns the death of his mistress, Wallis Simpson.

Left with almost no troops, guns or tanks, Britain stands alone against the might of a German Wehrmacht armed with assault rifles, main battle tanks, aircraft carriers and a pair of ‘superguns’ firing seven tonne shells across the English Channel.

Day after day, Squadron Leader Alec Trumbull and a fast-dwindling number of broken veterans and inexperienced new-recruits take to the skies against the seemingly endless streams of German aircraft. His Spitfire damaged in the heat of battle and pursued by enemy fighters he can’t outrun, Trumbull is saved at the last moment by a strange jet aircraft that can land and take off vertically. He discovered that the advanced aircraft belongs to the Hindsight Unit: a UN task force from the 21st Century sent to combat a group of Neo-Nazis, returned from the future to ensure Nazi Germany wins the Second World War. As technology accelerates and events begin to spiral out of control, Trumbull finds himself drawn into Hindsight’s desperate struggle to prevent a seemingly inevitable invasion of Great Britain and return history to its true course. 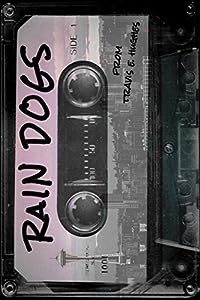 In a remote cabin deep in the Olympic Mountains, a man wakes up with no memory, and no clue who he is, except for a mysterious cassette tape filled with hauntingly familiar songs sung in his own voice. His wallet claims his name is Jack Strawhaus. The year is 1985. As communism and religious institutions crumble, Generation X is growing up and their voices are starting to be heard. Cooped up indoors for days on end, weaned on punk and metal, the youth of the Northwest pass their time by forming bands in each other’s basements. Lost and afraid, Jack ventures into Seattle to join an endless string of drug-addled parties and decade defining concerts, with nothing but the bewitching music on his demo tape to serve as his guide.