I found them! I found all 17 turkeys that hangout around the police station downtown. I was so worried about them because I hadn’t seen them in so long. I have grown quite found of the farm life that has taken over our little town. Chickens at the Walgreens, one goat at the Starbucks, and turkey at the police station. They must have been waiting for Thanksgiving to pass. Smart. They know how to use the crosswalks in town, so I assume they are smart enough to use a calendar. Maybe one of them has a smart phone. 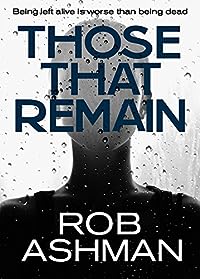 Those That Remain (The Mechanic Trilogy Book 1)
by Rob Ashman

Lucas is coasting towards retirement in a mundane Florida police precinct when a brutal serial killer, codenamed Mechanic, lands on his patch. Three years ago, they thought Mechanic was dead. But Mechanic is very much alive and no family is safe from the savage, ritualistic murders that the sadistic killer is compelled to commit.Mechanic is always one step ahead and Lucas is forced to operate outside of the law. But who can he trust and who is Mechanic?

Soon Lucas will learn that the truth is more terrifying than he could ever imagine and in order to find the answers he needs, he might have to put his life on the line… 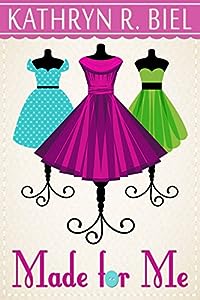 Made for Me (A New Beginnings Book 1)
by Kathryn R. Biel

Michele’s lack of focus in life hasn’t bothered her, until the day she finds herself with mounting credit card debt, unable to afford her rent, and without a job. While her meddling family questions how she can end up in this predicament, at the age of 29, and single to boot, Michele doesn’t want to admit the truth. All she wants to do is sew.
Faced with the prospect of moving back into her parents’ house, Michele throws a Hail Mary pass and applies for a TV design contest, Made for Me. In order to win the contest, Michele will have to compete with nine other contestants to design the new wardrobe for Duchess Maryn Medrovovich, who’s about to marry Prince Stephan of the United Republic of Montabago.
While in the seclusion of the show, Michele starts to realize where her focus in life should be, and what’s truly important to her. However, a dashing competitor might just cause her to lose her focus once and for all. Can Michele keep her eye on the prize while being true to herself? 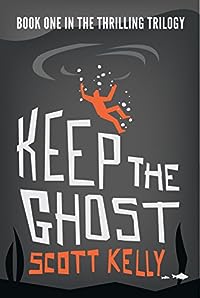 It started as a fake suicide. It ended in a very real murder.

Eighteen-year-old Sean would do anything for his crush Kayla, even help the girl stage her own death. But after her near-sighted plan takes a dark turn and her corpse washes up on the beach, those little lies he told to the police don’t seem so little anymore.

When he becomes the prime suspect, his only hope to avoid prison may be to follow in Kayla’s doomed footsteps by faking his own death. With the manhunt on his heels, he must put his trust in a dangerous couple with a devious idea for his second chance at life. Will Sean escape to freedom or will he unwittingly step into the noose of his own tangled plan?

Keep the Ghost is the first book in a series of edgy mystery thrillers. If you like fast-paced suspense, heart-stopping plot twists, and deadly double-crosses, then you’ll love Scott Kelly’s nail-biting tale. 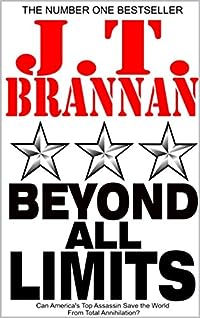 BEYOND ALL LIMITS: A Mark Cole Thriller
by J.T. Brannan

The USS Gerald R. Ford is America’s newest and most powerful aircraft carrier, an incredible mobile weapons platform that can spread US influence across the globe. But just as she is about to enter joint exercises with the Chinese navy, there is a military coup which results in a new Chinese government led by the megalomaniacal General Wu, who immediately orders the launch of the feared ‘Eastern Wind’ anti-ship missile.

The strike leaves the US carrier crippled in the middle of the East China Sea, her crew of thousands held hostage by further missile strikes. The US military is unable to respond, leaving China free to attack and reclaim Taiwan, with other nations also in Wu’s sights.

Due to the threat of nuclear reprisals, US President Ellen Abrams cannot order a conventional military response, and so she calls on Force One, a shadowy covert action group led by Mark Cole, to avert this global catastrophe.

Against tremendous odds, Force One must infiltrate China, a police state home to the world’s largest standing military, and rescue the remaining members of her old government from the depths of Beijing’s Forbidden City, while Cole also tries to assassinate General Wu.

But when the situation further deteriorates, rumors of the secret ‘Great Wall’ project are confirmed – under the remote Taihang mountains is a five thousand mile tunnel network hiding China’s huge nuclear stockpile, which Wu now controls.

And Cole knows that if he doesn’t stop the man in time, it won’t be just the crew of the USS Ford that is at risk; the whole world will be threatened with total annihilation. 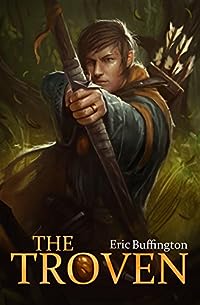 For centuries, young men in their eighteenth year have been sent away from the small village of Dungan for a year-long exile as they begin their journey into manhood. This traditional exile, the Troven, was instituted so that young men may find themselves, find their purpose, and find their place in the world. When Kaz Kinsley and his three friends leave to begin their Troven, all they have on their minds is getting to the first sign of civilization and finding a way to survive on their own. Fate has more in mind for these young men, though. Stone Seekers are on the move, sent by the evil sorcerer Mordyar to find six magical stones, each with the power to enhance one of six gifts every person in Denall is born with. When Kaz unknowingly comes into possession of the Sight Stone, he and his friends become part of the story of the Stones of Power, and their Troven suddenly becomes something much more.