Gardening in the rain doesn’t sound that pleasant, but it is. Yesterday was one of my few free days, so I decided to do a bit of clean up in the backyard. Having a dog that is only inches off the ground means you have to make it possible for her to get around without getting lost in the leaves. I am fortunate enough to have a tree in the backyard that loses all it’s leaves at once. If I don’t clean it up, Junebug will have another reason to fight me on going outside to do her business. I am not taking any chances. I spent the morning cleaning up the leaves, mowing the lawn, and trimming back a few plants of their dead branches and leaves. I kept warm with all the physical work, and without the sun beating down on me I was able to get a lot done. I filled a huge yard-waste bin up to the top. That is an incredible feeling of accomplishment right there. I am not sure it is even winter yet, but I am already daydreaming about what I want to plant in the Spring. It is just too early for that. 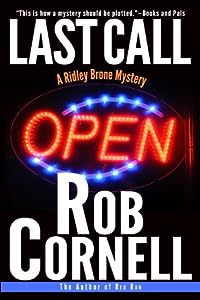 Running a karaoke bar is no way for an ex-PI to make a living.

Just ask Ridley Brone, a California private investigator who returns to his Michigan hometown when he inherits his estranged parents’ multimillion dollar estate. The songs his mom and dad wrote made them rich, but their popular karaoke bar, the High Note, made them famous. Now Ridley owns a bar he doesn’t have a clue how to manage, and his every effort seems only to further tarnish his parents’ legacy.

But when Ridley’s old high school love shows up asking for help, and her husband ends up murdered, the karaoke bar feels like vacation compared to the hard job of proving her innocence. 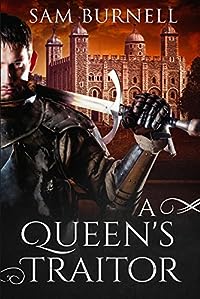 Meet Richard Fitzwarren – An anti-hero with a dubious past, questionable morals but unswerving loyalties

Richard grinned and grasping his brother’s wrist said, “Terrible apart and even worse together – that would make us a fine family moto. Et mirabilia absque peius.”

Jack Fitzwarren, Richard’s displaced bastard brother, seeks a place at his brother’s side. Impulsive and hot headed, his attempts to gain his brother’s acceptance and approval often end badly. Finally the brothers are brought head to head when Richard tries to foil a plot against Elizabeth I.

Jack Fitzwarren, fearing his brother has died embarks on a reckless path, and whether or not Richard can save him remains to be seen.

Branded a traitor to the Crown for helping to foil a plot to remove the Princess Elizabeth from the succession, now he will risk all to save her from a plot to snatch her from England.

Protestant Reformers need a figurehead for their cause, and Elizabeth. is it. They truly believe the Princess will be safer in Europe away from her sister Mary’s cruel hand, but the lady does not want to go.

Elizabeth knows her destiny lies with England, and Jack’s lies with his brother – or so he hopes. 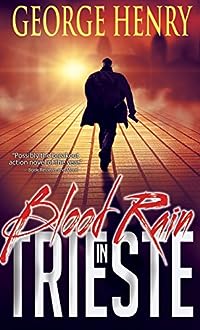 Club owner Milo Marchetti smells a rat, when an exotic woman asks him to arrange a murder with an offer he cannot refuse.

Soon, he’s in big trouble. Confronted by mobsters, religious zealots and police who brand him a serial killer, Milo is drawn into a dangerous love affair and her criminal family.

When shocking truths about the woman surface, he must choose between a deceitful lover and enormous power, or a return to his previous life as a musician.

Or is there something else in store for him? 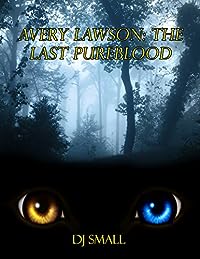 She has a lot more in common with the animals she’s trying to protect…
Avery Lawson has been a park ranger in Keaton, Oregon for the last year. It’s a job she enjoys, and she dreams of being a wolf conservationist. However life has other things in mind for Avery, and they’re delivered in the form of Rhea Davenport. A snarky tourist who not only catches Avery’s eye, but also turns her life upside down.

The first book in the Pureblood Series, Avery finds out truths about herself which rock the foundation of who she is. How she handles them, and Rhea, will determine not only her life, but also the fate of the entire supernatural world. 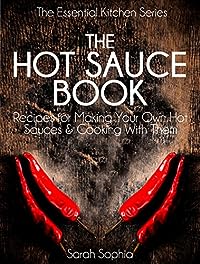 The Hot Sauce Book: Recipes for Making Your Own Hot Sauces and Cooking With Them (The Essential Kitchen Series Book 3)
by Sarah Sophia

Finally a cookbook for connoisseurs who like a different kind of heat in the kitchen.
If you’re a lover of hot, tangy spices but just can’t find anything at the store that really sets your taste buds afire, The Essential Kitchen Series has got you covered.The Hot Sauce Book,by Sarah Sophia, is overflowing with delicious sauces to use for every meal: breakfast, lunch, and dinner.

This recipe book is an Amazon #1 Best-Seller, and for good reason. The sauces are ‘hot’ and the recipes are beyond spectacular. How does Lime & Sriracha infused chicken and Cajun Scallops sound? They are so good… but even better when drizzled with one of the sauces you’ll make from this helpful cookbook.

We’ve got them all: alcohol and garlic infused hot sauces, fruity hot sauces, BBQ styled, as well as a few ‘Wild & Crazy’ sauces you’ll learn to love. Have you ever wondered why ‘restaurant’ food tastes amazing? You cook the same ingredients and it’s ‘blahsville’, but that’s about to change.

The Hot Sauce Book has solved that problem with a splash of tantalizing sauces to add a burst of flavor to any meal. Each recipe caters to all skill levels and tastes. They will add the extra ‘zing’ every meal should have.The recipes are straightforward and mouth-watering delicious.

If you find yourself searching through the refrigerator for that elusive bottle of hot sauce, even before the meal has begun, you are the target of this book. If you think Tabasco is good on eggs – you haven’t tasted anything ’til you’ve made your own sauce.

Learn what thousands have already discovered: food tastes better with a little help from a splash of this, and a pinch of that. Enjoy and eat healthy… but don’t give up the taste!

See what your mouth’s been missing. The sauces are great, but we’ve also included a batch of meal recipes that will complement the new flavors you’re about to discover.