Slowly I am taking down Christmas. Now before you yell at me that it is too soon, I am leaving up the Christmas tree. My poor hubby takes eight heavy totes down from the rafters each year, and I only use items from about four of them, so I am trying to organize things a bit and get rid of what I don’t use. This has proven to be harder than I had expected. A lot of what I have kept over the years are things I might need later. Like all the embellishments from the wreaths. I have tens years of embellishments that I have never used…ever. Never ever. So why hang on to something I have not used in ten years? Because I might next year. No I won’t. Today I will go in a bit more aggressively. No More wimping out. QUALITY NOT QUANTITY! That will be my motto for the new year. Mottos are sooo much better than New Years Resolution Diets. 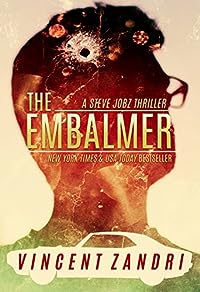 “The Embalmer is dying to meet you… ”

You might think that a guy with the name of Steve Jobz would be one lucky man. That he’d be rich and have the world at his fingertips. But instead, Jobz is barely making ends meet at the New York State Department of Unemployment Insurance Fraud. A former cop who was forced to retire early after shooting a young man of color during a convenience store holdup, Jobz has since resigned himself to wasting away his days in a four-by-four cubicle inside an office space that’s more boring than watching the paint dry.

But when his overbearing boss calls him in on a job that the Albany Police Department is heading up, Jobz has a chance to get out of the office for a while.

But what he doesn’t realize is that he’s about to come face to face with a serial killer who embalms his victims alive. What he is also about to face down, is his own worst nightmare come true when that serial killer turns out not to be a stranger. 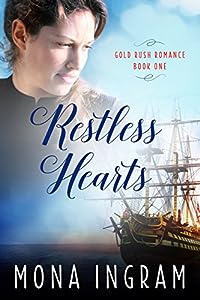 Whoever said the streets were paved with gold must have been dreaming. San Francisco in the gold rush era was an intoxicating mixture of the wealthy and the desperate. How would Sarah fit in?

Determined to prove that she can make it on her own, Sarah poses as a married woman and boards a schooner bound for San Francisco.
Restless and eager to travel, Jamie agrees to set up a branch of his family’s merchant bank in San Francisco.
Each has something to prove but will their desire to succeed derail a blossoming romance? 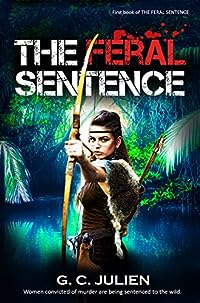 Women convicted of murder are being sentenced to the wild.

The year is 2087 and the federal government is no longer sending murderers to prison. Instead, convicted felons are being stripped of their belongings and dropped into the waters of Kormace Island — the Island of Killers — to fend for themselves.

Lydia Brone, an eighteen-year-old girl who is convicted of murder for having accidentally killed her mother’s abusive boyfriend, finds herself being transported by helicopter to this mysterious island. She knows that her sentence will be difficult, but what awaits her is far more terrifying than anything she could have ever imagined.

This book is the compilation edition of The Feral Sentence serial and contains all four episodic parts / novellas found in Book 1.

The largest prize ever awarded by the EuroMillions lottery has been won by a lucky someone from a small village on the French Riviera. What starts out as the happiest day in history for the local inhabitants soon turns into a race against the clock to find the lucky winner and cash in the lottery ticket. A priest with verbal incontinence, a sweet little old lady with secret sexual fantasies about the local butcher, a village mayor who’s held power for thirty years, and a mailman in love with the wife of a villainous baker are just a few of the quirky characters who will make you laugh and occasionally bring a tear to your eye as you enjoy everyday situations taken to extremes. A Lucky Day is a heartwarming comedy peopled by a highly entertaining cast of characters.

Truly a novel to be savored slowly, if possible. 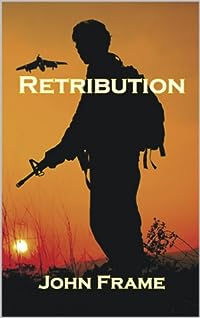 The moment the SAM 7 missile left its launch tube, the political solution to end the Rhodesian bush war faltered.

After thirteen long years, the brutal bush war had escalated as the protagonists crystallised their opposing beliefs drawing the country and its people towards the precipice of despair.

Compassion, decency and sentimentality had no place there. The innocent civilians caught in the middle were the true victims.

A premeditated act of terrorism, taking only a few minutes to execute, brought down a civilian passenger plane. It triggered a series of dramatic and fateful events for retribution to be exacted on the guerrilla forces.

But to what end?