The Key To Survival

The Dark Streets series by BR Kingsolver is an exciting new take on paranormals among us. With likeable and enjoyable characters this is a series you wont want to miss! 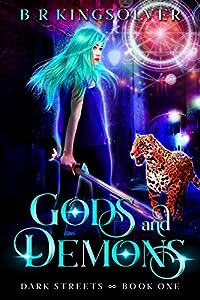 Life’s tough as an Elf girl stranded in Earth’s realm.

When a jaguar shifter drops in out of nowhere and asks me for help in tracking down an ancient blood-magic statuette, I say no thank you. I learned a long time ago the key to survival is keeping a low profile. But it’s hard to ignore an artifact of the gods powerful enough to blow holes in reality.

Enter stalker werewolves in a black Mercedes and magicians trying to capture me. They all think I know where the damned statue is. Then I’m attacked by demons.

It wouldn’t be so bad, but some of them are really rude. Being rude is a capital crime where I come from.

Time for a lesson in manners. 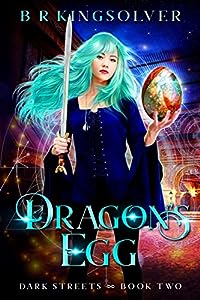 When did I become everyone’s paranormal Miss Fixit?

When the Lords of the Icelandic Elves summon me to use my talents to find a lost Dragon’s egg, I find it hard to say no. I’ve seen what a Dragon can do, and a young, just-hatched Dragon is a being of pure destruction.

But word of the egg gets out, and the race to find it begins. Mages from many realms are in the hunt — including a Dragon — and they don’t always play well together. Unless I want to join the casualties, I need to find that egg and return it to where it belongs. Luckily, I have help, but I wish that damned golden-winged Nephilim would keep his shirt on. 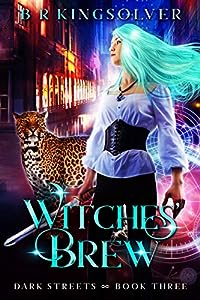 Washington, D.C., has never been boring, but this is ridiculous.

Warring witch covens. Werewolf packs fighting for territory. Rumors of Human sacrifice. Minor problems leading up to Beltane, when the portents say the veils between worlds will shred. Did I mention the blood mage conspiracy using Troll shock troops to take over the world?

With a jaguar shifter, a handsome Nephilim, and a nest of feisty Fairies watching my back, things should be fine. Right?