I set my garage up as a makeshift gym. I laid an old rug out for push-ups and sit-ups, and dusted off a few mismatched hand weights that have been keeping a old tarps down and in place. I cleared off the treadmill of laundry and boxes, and cleared the area out that was under the pull-up bar. It is all set to get a little workout in. Guess I will never go in that garage again. JUST LIKE A REAL GYM!!! 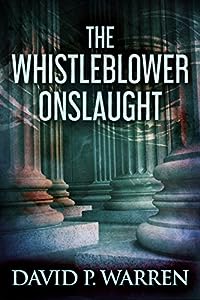 When seasoned attorney Scott Winslow takes on a whistleblower case for a fired energy company executive, life-changing events are set in motion.

Scott pursues a lawsuit, alleging that his client was fired for complaining about unsafe conditions. But as they dig deeper, Scott and his team discover blackmail, sanitized records and a corporate cover-up.

They begin chasing evidence they need to prove the case at trial – and bring the person responsible to justice. But soon, both Scott’s client and family are threatened by someone who wants the case dismissed… at any cost. 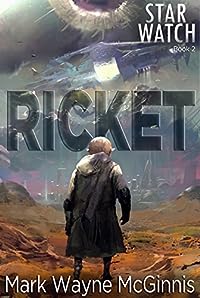 The need for Star Watch assistance is heating up within the galaxy. With their resources quickly thinning, Ricket and a small team are sent to Port City, on the planet Eriok. Here Ricket’s adventure begins, and he’ll have to use every bit of his technical cunning to survive, because what’s waiting for him will alter the course — for both Star Watch and Ricket forever.

Many light-years away, there’s a new spatial land-grab in process by the Darion Cartel — their expanding fleet of warships, led by Captain Mar Oswaldo, the Manfred von Richthofen (the Red Baron) of space… a masterful starship captain who’s never been defeated in battle, and he’s ready to come up against the commander of Star Watch, Captain Jason Reynolds.

Join the Star Watch team as they encounter both new and old adversaries. Be prepared to say goodbye to a beloved crewmember — one who has been with them since the very beginning. 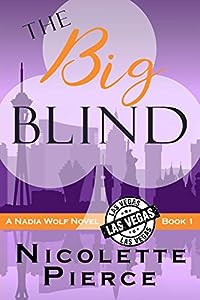 Nadia Wolf has one wish: Win the World Poker Tournament and collect the one-million dollar prize. Beating the arrogant and sexy Caleb Usher, who challenges her professional poker career and tempts the hell out of her, wouldn’t hurt either. However, the tournament goes sideways when the million dollar prize disappears in front of a live audience. Not one witness sees what happened or where the money went.

Sinfully handsome Greyson Miller, CEO of the Lost City Casino, teams up with Nadia in an attempt to find the missing prize and to solve a perilous mystery that plagues the casino. With Greyson’s overwhelming allure, Nadia has to keep her head in the game and her hands to herself.

With Caleb and Greyson claiming a stake; Nadia’s career, life, and heart will never be the same again. 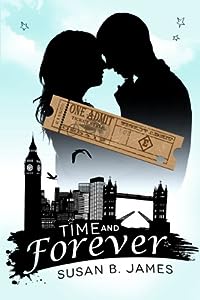 Time And Forever
by Susan B. James

2014. Sherry’s a successful businesswoman with two grown sons. Lorena’s an actress on a popular sitcom. Sherry’s husband dumped her for a younger woman eighteen years ago. Lorena’s husband died of cancer. Sherry wants a second chance at love. Lorena can’t imagine loving anyone but Dave.

When Lorena finds The Castle, which specializes in Virtual Reality adventures to any point in time, they both jump at the chance to play. But when the door opens to 1969’s London, it’s apparent they’ve walked into more than just a game.