This Saturday is hubby’s birthday. It took all I had to come up with relatively okay Christmas gifts, now I have to think of one more gift for him? I don’t have magical powers!! He said he doesn’t even want anything. ERG! I can’t work under these conditions. He should know better than to not come up with a list of things he would like to have. He has six pairs of slippers. No one needs six pairs, yet he never gives me gift ideas, so he ends up with slippers. Costco doesnt even have slippers right now, so I am completely at a loss. 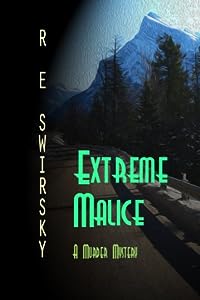 She was found with a guitar string still wrapped tightly around her soft neck. Eighteen year old Josh Anderson, the college boy from next door, is charged with her murder. It was his guitar string around her neck. His footprints are found inside her house. Her earring found under his bed. Donna Gardner’s husband Jack was hundreds of miles away on business.
Was it the perfect murder? 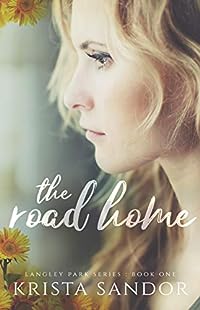 You can outrun a lot of things.
The truth isn’t one of them.

Jenna Lewis is a liar. A fake. A fraud.

She’s spent the last fourteen years running from her past, pretending she wasn’t the forgotten little girl nobody wanted.

One call is all it takes to shatter her fragile façade and force her to return home to Langley Park.

Buried secrets and whispers of lost love turn her life upside down when she encounters her teenage crush. While neither wants to admit their connection is lightning-hot, the intensity of their attraction is too strong to deny.

But danger lurks in the darkness.

Unsettling events begin to occur, threatening not only Jenna’s second chance at love but her very life.

Will she survive what lies ahead?

Can her heart navigate the road home?

The Road Home is a sexy standalone romance in the Langley Park series. 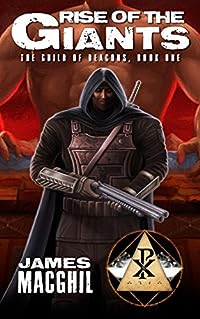 Rise of the Giants: The Guild of Deacons, Book 1
by James MacGhil

Semi-divine super soldiers, disgruntled fallen angels, giant dudes on high protein diets, beastly creatures of twisted divine genetics, a Heavenly grudge match played out on an Earthly stage – Just another arcane day at the office in the Guild of Deacons.

In life, Captain Dean Robinson was a soldier. A rather elite member of the US military. West Point grad, Army Ranger, professional tough guy with an unrelenting sarcastic charm – a genuine stand up dude. However, upon his untimely, and inexplicably predestined, death at the hand of a fallen angel with a serious superiority complex and snappy wardrobe, he became something else – a Deacon. But not the kind of deacon you’re thinking of. Unless, of course, you’re thinking about a semi-divine super soldier cloaked in darkness and wielding a hell-fire smothered sword and otherworldly shotgun. If that’s the case – you’re right on.

Not quite angel but no longer human, he became the last of forty-nine souls blessed and cursed with an equal share of God’s wrath. A physical manifestation of the left hand of God walking amongst men. Conceived of the Earth but no longer mortal, he was bestowed with a mantle of power created for one sole purpose — to maintain the Balance between mankind and the bastard offspring of Heaven — the nephilim. A harrowing collection of cursed beings resulting from the blasphemous breeding of fallen angels and human women. An ancient race of giants and other assorted beasties of an unnatural persuasion that nearly devoured the human race. Literally.

Finding himself at the prophetic pinnacle of a millennia old battle raging in the shadows of the Earth and the Heavens, Dean and his newfound gang of arcane sidekicks, from the Seventh Realm of Third Heaven, embark on an epic mission to thwart the rise of the new generation of unnatural beasties and save the world from certain apocalyptic demise.

There is an evil in the world of man. It’s been here since the beginning. Hidden neatly within the fabric of our very existence, festering through generation upon generation — Manipulating — Corrupting — Evolving. Closer than you could ever imagine. Conversely, there are those that maintain the Balance. 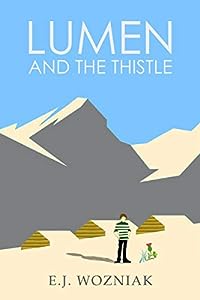 Lumen and the Thistle
by EJ Wozniak

Diagnosed with minor schizophrenia at a young age, bullied, and friendless, Lumen seemed to be stuck with a rough life. Despite what the doctors and his mother said, Lumen did not feel sick; all he saw were panels of lights that others could not. He found that there may be more meaning to the lights and embarked on a journey that led him to Bonumalus, the land of Water, Fire, Earth, and Air. Lumen had to decide what was real and if he should continue in this new world. 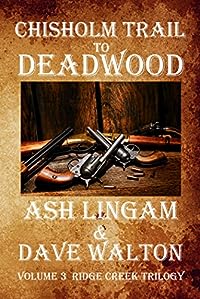 Ranger Ridge Creek rides north leaving Blanca Flores and his chance at true romance as he and Nat Love traveled up the Chisholm Trail. Moving north through Kansas and Wyoming towards the Dakota Territories, they saved a wagon train full of valuables from hostiles and then agreed to help take the Wagon Train full of unlikely passengers along with Martha (Calamity) Jane Canary on to Deadwood. Ridge finally takes a job as Deputy Sheriff under Sheriff Seth Bullock. His duties included riding shotgun on the west trail of the Deadwood to Cheyenne stagecoach. The most dangerous stretch of land in the Black Hills. Ash Lingam has developed a Texan lawman in the style of the old west gunfighter.

A true Western Adventure. Vol. 3 of the Ridge Creek Trilogy.