Tell Me Something Healthy

I was able to drink that full gallon of water yesterday, and it wasn’t as hard as I thought it was going to be. It made it super easy when I filled a gallon milk jug with water and just refilled my water bottle with that all day. I didn’t expected to feel anything different this morning since the writer said she didn’t until the fourth day. Had she said the next day she felt something, I wonder if I would have as well. As you guys know from my confession about infomercials, I am pretty easily influenced. I kinda wished she would have said you would no longer crave cake or treats. That would have been super convenient. Or perhaps she could have mentioned that by day two she found jogging to be enjoyable. I bet I would get my moneys worth if I went to a hypnotist. I might have to look into that. 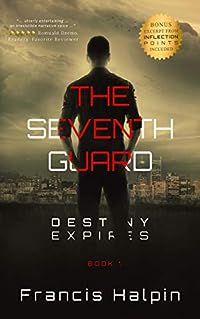 A hidden code awakens a mysterious compulsion, leading a young man on a compelling journey of unearthly discovery — the truth lies beyond…

Twenty-five-year-old Robert Lowden is awkward, abrasive, sarcastic — borderline dysfunctional. His part-time job at Best Buy doesn’t match his vision of success. He wants to be more than a repair agent — someone stuck fixing other people’s problems.

At home he conducts bizarre experiments, many at the expense of his customers and his few friends. He believes they will eventually lead to something extraordinary, a real discovery that will give his life meaning and purpose — something that will show the world how smart he really is… but what he eventually finds could end his life.

Journey now with Robert and his friends on their wild adventure, from discovering the code and revealing its meaning, to deadly encounters with the mysterious man in black. It’s an exciting and fast-paced read — at times hilarious, suspenseful and thrilling. 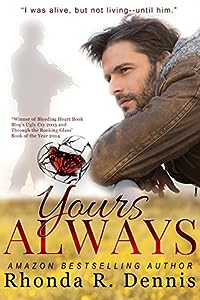 Yours Always
by Rhonda Dennis

Savannah Mason might be a survivor, but she refuses to live. Reclusive by choice, her days consist of working at a call center, while nights find her locked safely away within the walls of her tiny apartment. In her mind, not tempting fate is the only way to prevent future pain and suffering.

Fletcher Reilly is also a survivor. As a veteran afflicted with Post-Traumatic Stress Disorder, he understands pain and suffering all too well. After a chance meeting with Savannah, he makes it his mission to free her from the torment of her past. A beautiful relationship begins, however, the more life he breathes into Savannah, the more Fletcher falters with his own healing. She’s still a delicate butterfly finally emerging from her cocoon, so he does all he can to hide his own suffering.

Demons from his past launch such a vicious assault on him that he’s finally forced to share his secret with her. Will Savannah see him through the most difficult battle he’s ever fought, or will their relationship eventually buckle under the pressure of an unseen enemy? 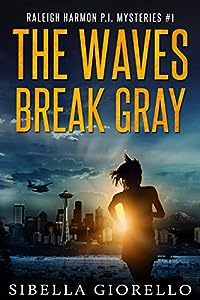 Now a freelance private investigator, Raleigh hopes to build up her business and repair her broken relationships — including a hot new romance with an Alpha agent.
That’s her plan.
But when she stumbles across a dead body in the Cascade Mountains, Raleigh’s forced to choose between her personal life and her forensic skills to track a killer — a killer unlike any she’s ever encountered. A killer who will strike again.
With the FBI watching her every move, and her personal life in shambles, can Raleigh save the next innocent victim — or will she only discover more literal dead ends?
Book 1 in the bestselling Raleigh Harmon mystery series. 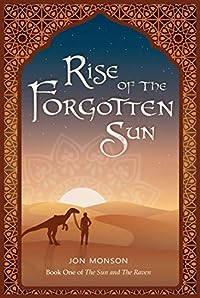 All Aydiin ever wanted was to see the world and maybe discover an ancient civilization or two. A life of scholarly solitude and adventure was more than enough for him. He never wanted to play politics. He never wanted to get married. He most certainly never dreamed of becoming a god.

Yet when he ventured into the depths of the Soulless Desert, he found… something- a power so ancient it has been forgotten by mankind. That day unleashed a chain of events that, once started, cannot be stopped.

It is the Rise of the Forgotten Sun.

It is the beginning of the end. 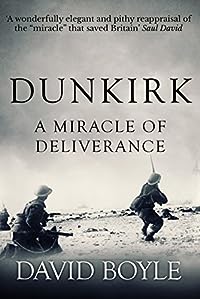 Dunkirk: A Miracle of Deliverance
by David Boyle

As the Germans closed in on the Allies, trapping them on the beaches of Dunkirk, it seemed the entire British army would be obliterated.

Such a loss would almost certainly force the British to surrender and allow a Nazi invasion of the UK.

Vice Admiral Bertram Ramsay planned a mass evacuation across the English Channel, but with the Germans drawing ever closer and intense air raids from the Luftwaffe, escape seemed all but impossible.

But with a combination of excellent planning, luck, and an almost inconceivable bit of help from none other than Adolf Hitler himself, Operation Dynamo was underway.

Over 900 boats sailed to Dunkirk – including destroyers, ferries, fishing boats and the famous “little boats of Dunkirk” – and, across nine tense days, rescued 338,226 soldiers from the beaches of Dunkirk in what remains the biggest evacuation in military history.

This brilliantly researched book by historian David Boyle recounts each fraught day of the famous rescue mission that Winston Churchill famously called a ‘miracle of deliverance’.