BEEn There Done That

I know they say that bees are in danger of going extinct, but on this subject I am pretty hopeful. I have been talking a lot about how I am itching to get in the garden and plant a few flowers bees love, and I how my partner in crime and I are going to keep trying to be successful beekeepers despite losing all of our bees last year. The response I have been getting has been amazing. There are so many beekeepers out there! It surprises me, because every time I see a little bee fly by a group of people, they scream and run. I have loved hearing from all of you beekeepers out there because I had felt like a failure losing all my hives, but thanks to your encouraging words I feel good about trying again. 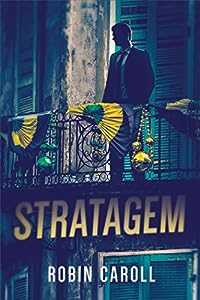 Deep in the gritty underbelly of New Orleans, psychologist Grayson Thibodeaux loses everything when his wife leaves him to climb her company’s corporate ladder. He buries himself in his job of creating mind-bending adventure games for businesses as team-building explorations. When his ex-wife’s company hires Grayson’s to create an elaborate game, he doesn’t see how things can get worse. Until she dies during the course of the game he created… making him the prime suspect for murder. 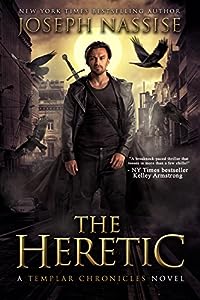 Forget what you’ve been told. Monsters DO exist. And they’re hungry…
Standing in their way are the men and women of the new Templar Order, who have pledged their lives to protect those who cannot defend themselves from the darkness and what lies within.

Men like Cade Williams, an ex-SWAT officer turned modern Templar knight who commands the most elite monster-hunting team in existence. When a group of necromancers seek to bend an ancient, mystical artifact to their own evil ends, it will be up to Cade and the men of the Echo Team to stop them.

The Heretic is the first book in the Templar Chronicles, an internationally bestselling series that’s perfect for fans of Jim Butcher, Ilona Andrews, and Patricia Briggs. 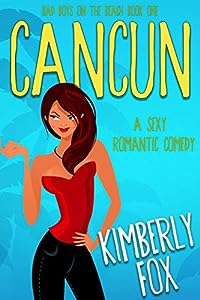 Cancun: Bad Boys on the Beach: A Standalone Romance Novel
by Kimberly Fox

“You need a rebound. They call me Mr. Trampoline.”

What happens in Cancun, unfortunately for my cheating boyfriend, doesn’t stay in Cancun.

I caught him on the first night of our vacation balls deep in my worst enemy: the bitchy obnoxious girl who my best friend chose to be her maid of honor instead of me.

Now I’m stuck on this resort, in the same small room as my ex, until my friend gets married at the end of the week.

This place is a paradise but it feels like hell.

It’s all going so wrong until I meet Ethan, the dirty talking bad boy with the body carved out of granite.

He’s going to teach me what paradise is really about.

And it isn’t sand and palm trees… 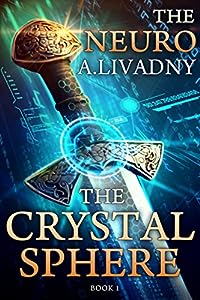 Alex is one of us. An office rat during daytime, he spends sleepless nights playing his favorite MMO game: a familiar, predictable world which is about to collapse. A new virtual universe arrives to replace it, aggressively devouring all others: the Crystal Sphere.
Alex gets involved in testing new technologies which promise to revolutionize gaming. Fitted out with a neuroimplant which provides a 100% authenticity of experience, he has to survive in the Crystal Sphere against all odds. What is he turning into? Will he become yet another expendable test subject – or the first player to transcend reality? 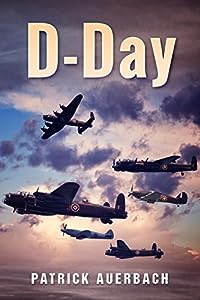 “You are about to embark upon the Great Crusade, toward which we have striven these many months. The eyes of the world are upon you. The hopes and prayers of liberty-loving people everywhere march with you. In company with our brave Allies and brothers-in-arms on
other Fronts, you will bring about the destruction of the German war machine, the elimination of Nazi tyranny over the oppressed peoples of Europe, and security for ourselves in a free world.

Your task will not be an easy one. Your enemy is well trained, well equipped and battle hardened. He will fight savagely.

But this is the year 1944! Much has happened since the Nazi triumphs of 1940-41. The United Nations have inflicted upon the Germans great defeats, in open battle, man-to-man. Our air offensive has seriously reduced their strength in the air and their capacity to wage war on the ground. Our Home Fronts have given us an overwhelming superiority in weapons and munitions
of war, and placed at our disposal great reserves of trained fighting men. The tide has turned! The freemen of the world are marching together to Victory!

I have full confidence in your courage and devotion to duty and skill in battle. We will accept nothing less than full Victory!

Good luck! And let us beseech the blessing of Almighty God upon this great and noble undertaking.”

D Day was one of the biggest invasions that the United States has ever seen. With the help of some deception, the Germans were taken by surprise and forced to scramble and attempt to get the upper hand back.

In this book, you are going to go through all the events that happened on D Day and hopefully come face to face with the reality of what truly happened that day. Not only that but also learn what some of the men felt when they were going through the battle.