It Is In The Contract

Yesterday I bought two more plants for my mud pit. It was an impulse buy at Costco. I think that is a requirement when you go to Costco. I am pretty sure when I signed up for a membership I signed a contact that states any time I step foot in the door I agree to fill my cart with at least 30% of unnecessary items. Fine print. Check it out. I bought a few pretty flowering shade plants that would go perfect under the tree, that just two days ago I was thinking about killing. Now that I bought $20 in plants the tree is safe. I was dead set on taking that tree down, because for months and months I could not figure out what to do around it. Once I asked hubby to cut it down, that is when the ideas started flowing. My brain is annoying sometimes. 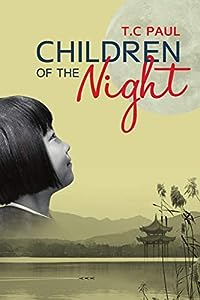 Children of the Night: A Novel
by T.C Paul

Children with no identity, come alive during the night

Ming was an only child born to loving parents during the ‘one child per family’ regime ,known as the “one child policy”,. She was lucky enough to be an only child but many in her village were not!

Second-born children were hidden by their families from the authorities – kept up at night and hidden asleep under their houses during the day.

“Children of the Night” fascinated Ming and she sneaked out to join them. She began staying up at night and playing with her friends until she too, started sleeping during the day.

One night, the authorities raided her village, and brutally removed all the ‘identity less’ children who were playing outside at night, including Ming, despite her mother’s screams that she is an only child. The militia took them to a remote children’s house for re-education.

Under harsh conditions of cold, hunger and physical abuse, Ming spends her adolescence there, even though she has an identity and belongs with her family. Her deep longing for her parents and home, instill in her a strong desire to escape. 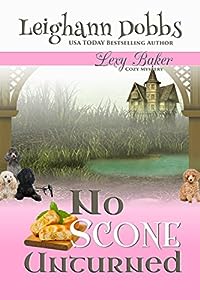 Why did someone kill Olive Pendleton and hide her body?

When bakery owner Lexy Baker and her posse of iPad toting grandmas witness a murder remotely through the camera of a drone, they go straight to Lexy’s homicide detective husband, Jack, to report the crime. But with no body and no crime reported, Jack can’t do a thing, leaving Lexy and her grandmother no alternative than to solve the murder themselves.

Armed with nothing but their gigantic patent leather purses and a dogged determination to see justice done, the ladies dodge a pack of overzealous Pekeapoos, nosey neighbors and an ornery husband in order to flush out Olive’s killer before he kills again. 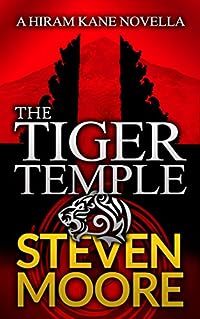 A betrayed criminal. A kidnapped child. A deadly race against time.

On the Island of the Gods, expedition leader Hiram Kane is on holiday after a long season guiding in the Peruvian Andes.

When a good friend’s greed leads him to betray Bali’s most notorious gangster, their peaceful community is left shell-shocked after the six-year-old daughter of its leader gets kidnapped in a vicious and violent raid.

What follows is a whirlwind race across the paradise island to rescue the girl before ‘The Rooster’ takes his sadistic revenge, and with the waking giant of volcanic Mt. Agung threatening to destroy them all, Kane risks everything to prevent a devastating tragedy.

The Tiger Temple is the exciting new starter to the Hiram Kane adventure series. For fans of Russell Blake and Clive Cussler, Steven Moore’s action thriller will leave you breathless.

To delve into the globetrotting world of Hiram Kane, buy your copy of The Tiger Temple, today! 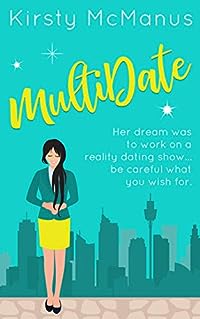 AFTER LAUREN HUNTER is let go from a job she didn’t even like, she flies to Sydney to stay with her brother and re-assess her life.

That’s when she stumbles upon NBS Studios, the filming location of her favourite reality show, MultiDate. As a self-proclaimed superfan, Lauren has watched every episode of the six years (and counting) series, and is an expert on all things related to the show.

So when the opportunity to scheme her way into a job at the studio’s reception desk arises, she grabs it with both hands. And thanks to a previous chance encounter with the studio head, Lauren begins to climb the corporate ladder on her favourite show.

But with a bitchy executive producer thwarting her every step of the way, and two men giving mixed signals, the journey to the top isn’t easy. And with the discovery that MultiDate isn’t exactly what it pretends to be to the viewing public, Lauren soon begins to wonder if anyone ever ends up with the life they dreamt of. 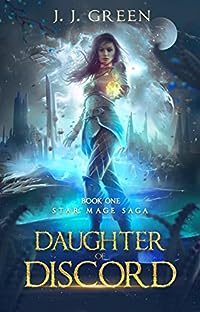 A galactic empire in turmoil…

Dark secrets bursting into the light…

Time’s running out for Carina Lin. She’s given up her merc life in the hope of finding others like her — mages. But it’s a dicey endeavor. She can’t stay in one place too long because if her powers are revealed, she faces nasty consequences.

A clue has led her to a small town on the home planet of one of the most powerful clans in the galaxy. After searching fruitlessly for information about her long-lost kindred, Carina decides it’s time to move on. Fate has other ideas.

Before she knows it, Carina is sucked back into space warfare and she becomes the meat in the sandwich between warring clans. If she plays her cards right, she can save those dear to her. If she loses, death will seem inviting.

Daughter of Discord is book one in the dark, exciting space fantasy, Star Mage Saga.