Leave it, Take it, Move it

Even with a huge clock over my head ticking away reminding me that now I only have 8 weeks to get my yard back together by Easter, I am having quite a bit of fun planning the new design with hubby. We do plenty together, but that’s all everyday chores and stuff. Planning this garden is much more fun and creative. Thankfully we are on the same page, and and want the same things out of the garden. Sunday I asked him to cut the tree down on Monday while I was at work. He ended up taking the boys to min-golf instead, and now we decided the tree stays because the humming birds and bees love it. Plus we came up with an great idea for a shade garden. Our plans change so much and so drastically that I really have no clue what is going to happen next, but I am excited to find out. 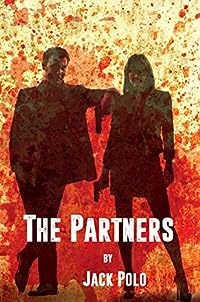 The Partners
by Jack Polo

Two detectives’ steamy past complicates their hunt for a psychotic killer and puts them in an assassin’s deadly sights.

Would you trust a former lover who’d betrayed you? Detectives Cole Trane and Mollie Simmons have no other choice. They’re after a ruthless killer tied to the Russian mafia who leaves behind a bloody trail of victims – from a world-famous movie star to a squad of Royal Canadian Mounties – as he races for the border. Their only hope is to have each other’s back like they once had each other’s heart. 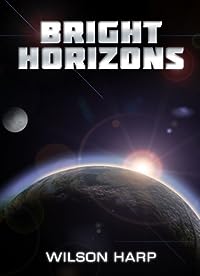 Earth has made first contact with peaceful aliens. And humanity finds itself in a struggle for survival.

When a brutal alien race tries to conquer Earth, Colonel Martin is in called on to wage war. And he believes the best defense is unconditional victory. Earth is heading toward the stars, and the galaxy won’t know what hit them. 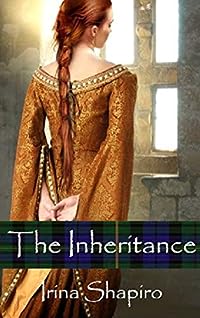 The Inheritance
by Irina Shapiro

Katie Price is baffled when a man claiming to be her grandfather leaves her his entire estate in the Scottish Highlands. The bulk of the estate consists of a thriving whisky distillery and a moldering castle, where the eccentric old man actually lived until his death. The will stipulates that Katie must travel to Scotland and claim her inheritance in person.

As Katie’s stay extends from weeks into months, she uncovers the secret that led to her mother’s birth, and begins to unravel the two-hundred-fifty-year-old mystery surrounding the beautiful young wife of the last laird of Clan McBride. According to local lore, Isobel McBride vanished from the castle without a trace shortly after the Battle of Culloden, and some believe her ghost still walks the battlements at night. A strange dream in Isobel’s tower room leads Katie to Isobel’s hiding place, where she discovers love letters from a man other than Isobel’s husband, his initials the only clue to his identity.

As Katie begins to unearth the clues to Isobel’s fate, she embarks on a romantic journey of her own and finds a new life she never expected. 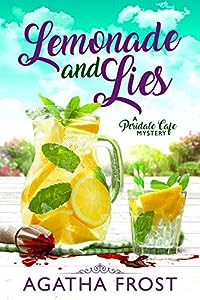 When the entire village is invited to a garden party for a mysterious ‘special announcement’, nobody expected that party to end with a man being thrown to his death from a window. The murder is committed at Julia South’s estranged father’s manor, so all eyes in Peridale turn to her to solve the case. In a race against the clock, Julia must juggle her blossoming romance with Detective Inspector Brown, and her young lodger, Jessie’s, sudden strange behaviour, to uncover the truth behind the man’s untimely death. With members of her own family in the frame, will Julia like what she discovers?

Book 2 in the Peridale Cafe Mystery series! Can be read as a standalone, but enjoyed better as part of a series. A light, cozy mystery read with a cat loving and cafe owning female amateur sleuth, in a small village setting with quirky characters. No cliffhanger, swearing, gore or graphic scenes! 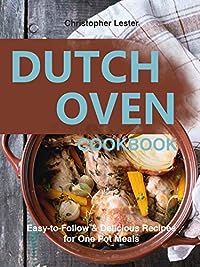 The DUTCH OVEN COOKBOOK is your best guide to no-fuss cooking in just one pot.

Use a Dutch oven to cook an innumerable variety of your favorite one pot meals. It makes ideal pot roasts, braises, stews, homemade bread, pizza… you name it!

You can also use this pot to cook for a couple, or for a huge family. It can do either / both !

•
OVER 50 SIMPLE AND DELICIOUS ONE POT RECIPES for breakfast, lunch, and dinner

•
ADVICE ON CHOOSING A DUTCH OVEN and tips for its maintenance

• Chapters with information on the most popular ingredients: CHICKEN AND BEEF

•
THE CONVENIENCE OF NAVIGATION — you can find your favorite dutch oven recipes in the table of contents by types of ingredients, or alphabetically in the Recipe Index

Food cooked in a Dutch Oven is about and comfort of your home of a big company. It can brighten up the cold season or add some savory flavor to a big company.

Pay attention to 2 options of the paperback: