The Pressure Of A Flower

On my favorite gardening show, Big Dreams, Small Spaces, the master gardener asks the homeowners what their plans are and about their budget. It’s fun to see the wide range that people are working with. It could be anywhere from $0.00 to $7000. This is quite convenient because our plans run anywhere from $0.00 to $7000 (never in a million years). Ever time hubby or I get an idea, it can either costs us a bunch or saves us a bunch. One idea could save us hundreds of dollars in one part of the yard, but would end up costing us big bucks on another part of the yard. Mainly it’s from stealing materials from one area and moving it to another. At some point we are just going to have to make a decision. I am getting ahead of myself. We just tore up the lawn two days ago. Maybe I should give myself at least a week before I put the pressure on. Of course that would only give me seven weeks until Easter. No pressure. 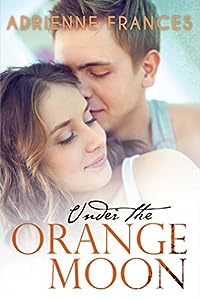 Dylan Mathews grew up invisible, lost in the shuffle behind four overbearing brothers. It was common knowledge: no one would ever be good enough for the Mathews boys’ baby sister.
But there was always one…
Dylan knew she loved Ben McKenna from the first time she laid eyes on him. He always needed her in the night, but under the light of day and her brothers’ watchful stares, she was nothing to him. And just when she hoped there might be something more between them, he left for college and never came back.
Until now.
Returning home after 5 years, Ben sees Dylan has always been the one for him. Can he win her heart and finally find love under the orange moon?

**A note to you, my favorite readers**
Ben and Dylan’s story is the first book in the Mathews Family series and can be read as a standalone. I hope you grow to love this family as much as I have. Thank you. 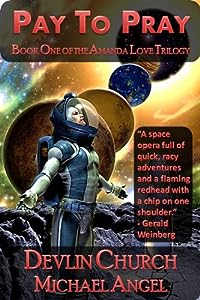 Pay to Pray – Book One of the Amanda Love Trilogy
by Devlin Church, Michael Angel

Joss Whedon’s Firefly meets Flash Gordon as con-artist and adventurer Amanda Love travels the star systems of the frontier. Amanda’s ample charms include the face of an angel, the bluest eyes west of Delta Vega, and a body that could give a pious man a wet dream in a skin-tight spacesuit.

She and her crew of loyal misfits take their traveling ‘pay to pray’ Salvation Show out to the lonely, backwater alien planets that dot fringe space. But her latest ‘pay to pray’ con nearly becomes her last, when she and her crew are attacked by mercenaries sent by Malco Trent, a man who runs the galaxy’s most corrupt company: Mal Corp.

Amanda discovers that Trent and her father had been partners in crime before a falling out over Amanda’s mother. Now that Amanda’s grown into the spitting image of that woman, Trent swears to possess the beauty that eluded him before. 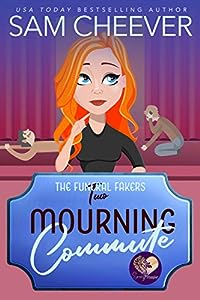 Restrained Crying: $50
Banshee Wailing: $100
Crying & Rolling on the Ground: $150
Threatening to Jump in the Grave: $250
Uncovering a Murder Mystery: PRICELESS

May Ferth was born with stars in her eyes, but apparently not her future. Never able to break past the community theater, she’s overjoyed to finally land a role that comes with a paycheck: Professional Mourning for the win!

And in her first performance, she shines as the fake girlfriend of a professional crime scene cleaner. Unfortunately, this time she shines just a bit too bright. Now everyone suspects that she might have played more than a bit part in her pretend boyfriend’s death!

Luckily for her, May comes from a family of cops. And, despite her talent for acting, she has a lot more Detective in her than Diva. Unluckily, however, the threats become all too real as May gets closer to shining a spotlight on the real villain.

Can May rewrite the ending of this staged play or will this be her final bow? Find out whodunit in this hilarious mystery series filled with fake tears and a very real body count… Order your copy and start reading today!

Mourning Commute is book two in The Funeral Fakers series. Each book stands completely on its own, but you’ll have more fun if you read them all together! 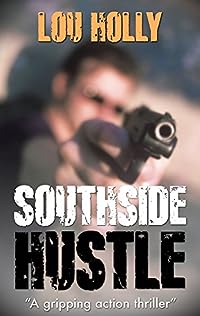 Every tough guy has a weak spot, and Trick’s is his love for his son

Ex-con Patrick Halloran is trying to get a job and go straight. He missed out on his child’s early years, now all he wants is to spend more time with him. Getting back with his fiery ex, Ginger, would be a bonus.

In jail, Patrick concentrated on one thing: getting his head in order to do right by his son. He trained, studied and kept out of trouble; now he is hoping he can lead a normal life.

When a Mexican gang threatens his son, ex-con Patrick Halloran must turn back to crime.

Under pressure to pay off a debt, and unwilling to turn snitch, Patrick takes a risk, and ends up on the wrong side of a Mexican gang.

Having to raise cash quickly takes Patrick straight back into Chicago’s dangerous underworld where life is cheap, and deeper and deeper into an impossible predicament until he gets an offer he can’t refuse. 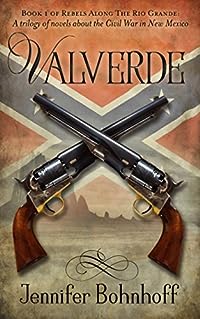 Valverde: Book 1 of Rebels Along The Rio Grande: A trilogy of novels about the Civil War in New Mexico
by Jennifer Bohnhoff

Texan Jemmy Martin wants nothing to do with the Civil War that is tearing apart the United States. He never wants to see New Mexico, the barren land that destroyed his father’s happiness. But when his brother sells the family’s mules to the Confederate Army, Jemmy feels forced to go with them to protect them and bring them home.

New Mexican Raul Atencio hates both the Texicans and Americanos, whose presence threatens the culture of his people. He wishes all foreigners would leave the desolate but beautiful land that his ancestors conquered centuries ago.

Although neither wants to fight, Jemmy and Raul meet face to face over the barrel of a shotgun when they become embroiled in a battle that could change the destiny of two nations. 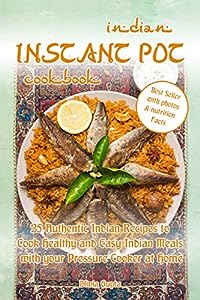 Get invaluable experience of cooking delicious Indian meals in your Instant Pot and start to cook tasty homemade stews and braises.

This cookbook is dedicated to the delicious traditions of Indian cuisine. Many people are too afraid to try Indian recipes as they feel that it will be too complicated for them, but fear not! Anybody can make an Indian dish with the right ingredients. I have created these recipes with beginners in mind so anyone can learn and enjoy the delicious Indian food. Instant pot made Indian dishes quick and easy. Indian cuisine is one of the most flavored and loved cuisine across the world.

The Indian Pressure Cooker Cookbook is an exclusive cookbook you ever seen. We used the most optimal recipes, the preparation of which will take you a little time. In addition, products that are used in our recipes can be easily found at the nearest store.

While reading this book you will be able to:

• Learn how to cook quick and easy delicious meals

• Get a full cooking guidance

It doesn’t matter you are looking for a beginner’s guide, look for new ideas for your family dinner or just in search of simple and healthy recipes, you will be inspired by Indian Instant Pot Cookbook!

Here’s only couple recipes from Instant Pot Cookbook you need to try:

Choose your favorite recipe and start cooking in your Electric Pressure Cooker today!

Surprise your family and friends with easy and amazing recipes.