My cat Sinny is now on my last nerve. As soon as I wake up he is screaming at me to feed him. At 3:30 in the morning!! That is way too early for breakfast. Breakfast is at 6am. It always has been, but for some reason he has been demanding it early. Maybe he just likes food as much as I do. I get it. I tried to compromise with him and give him only half a can, and for about a month it work. Now that’s not good enough anymore. He wants a full first breakfast at 3:30am and second breakfast at 6am. NO! This morning I decided to put my foot down, say no, and just let him have his temper tantrum. After 30 minutes of him screaming non stop, I had had enough. My solution. RELEASE THE KRACKEN! She also goes by the name Junebug. Instead of telling her stop jumping on the cat, I just let her have at him. Nothing like a bug in your face to quiet you down. 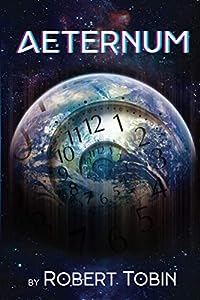 Evolution is painful… ? ?Mika is a continuous, living energy evolving through generations of various life forms, carrying the memories of every past existence, and eventually, she becomes human. It’s at this stage that she connects with another like soul, Ari, and they find each other lifetime after lifetime. In a battle in Carthage, a Viking invasion of Spain, a super rock band, and into the future.? ?However, even a love that’s seemingly immortal can crack. What was once a love story that spanned lives, becomes a revenge story through the centuries. While their time might be unlimited, Earth’s isn’t. Will the two be able to reconcile before the end of days? Or will their eternal energy drift apart into the cold, lonely expanse of space? 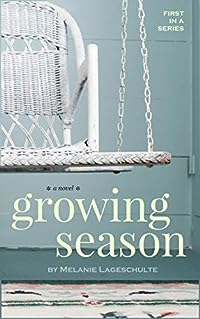 A faded farmhouse, a devoted dog. One special summer.

Melinda is already at a crossroads when the “for rent” sign beckons her down a dusty gravel lane. Facing forty and downsized from her successful career at a Twin Cities ad agency, she’s struggling to move forward when a phone call brings her home to rural Iowa.

It’s not long before she’s caring for a barn full of animals and working at her family’s hardware store in the community of Prosper, whose motto is “The Great Little Town That Didn’t.” And just like the vast garden she tends under the summer sun, Melinda soon begins to thrive. But when tragedy strikes, can she hold on to the new life she’s worked so hard to create?

Filled with memorable characters, from a big-hearted farm dog to the weather-obsessed owner of the local co-op, “Growing Season” celebrates the challenges and joys of rural life. 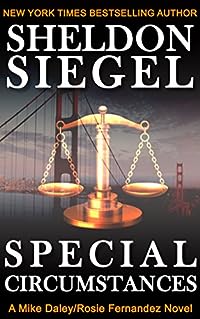 Two lawyers are dead. Their colleague–Mike’s best friend–is accused. It’s up to Mike to prove his innocence.

Meet Mike Daley. Ex-priest. Ex-public defender. And as of yesterday, ex-partnerin one of San Francisco’s most prominent law firms. Today he’s out on his own, setting up practice on the wrong side of town. Then his best friend and former colleague is charged with a brutal double murder of two fellow lawyers, and Daley is instantly catapulted into a high-profile investigation involving the prestigious law firm that just booted him.

As he prepares his case, Daley uncovers the firm’s dirtiest secrets. It doesn’t take long for him to discover that in this trial, ambition, friendship, greed, and long-standing grudges will play just as important a role as truth and justice.

With SPECIAL CIRCUMSTANCES, author Sheldon Siegel burst onto the legal thriller arena exposing the world of big-time law firms and lawyers in a fresh, sharp-witted, wonderfully sardonic page-turner. SPECIAL CIRCUMSTANCES introduces us to criminal defense attorneys and former spouses Mike Daley and Rosie Fernandez — incompatible for marriage, but just right for everything else. 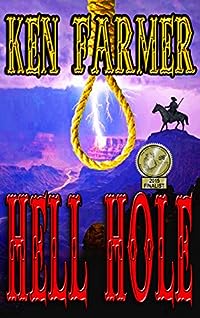 Bass Reeves is back! If you’re a fan of L’Amour, Kelton, Burroughs and Grey, you’ll love HELL HOLE – the third novel in the best selling and award winning Bass Reeves saga in The Nations.
US Deputy Marshals, under Judge Issac Parker, The Hanging Judge, patrol the Indian Nations — the most dangerous place in the world in the late 19th century.
Bass Reeves and his partner, Jack McGann, are tasked to bring in the Griffin gang and clean out the cesspool of outlaws at a town known as Catoosa, the Hell Hole. Judge Parker wants “that bunch of societal paragons of miscreants and malefactors that are gathered there eliminated” and doesn’t care how Bass and his men do it.
“Some call me one thing and some call me another… But mostly they call me Bass Reeves and this just ain’t yer day, son.”
They team up with Jack’s godson, Texas Ranger Bodie Hickman and track the Griffin gang across half of Oklahoma Territory — recovering two kidnapped young ladies — and then back into the Hell Hole with their orders of “Bring them in alive… or bring them in dead.” 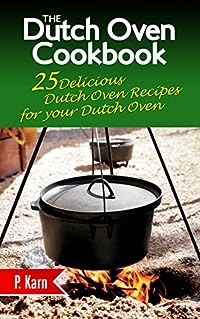 A Dutch oven is made to last. So much so is that statement that Le Creuset, famous cook-ware makers, have lifetime guarantees on their Dutch ovens no matter the long simmering heat they usually endure atop your stove.

Which is why these heavy-duty kitchen principals are so key to low, slow fall cooking, taking care of everything from braises to stews to breads.

So after a long summer on the shelf, dust off that pot and let’s make one of these 21 warm, toasty, tummy-filling fall recipes.