Having not learned my lesson from the cashier who gave me dirty looks for buying plants and asking if I knew it was Winter, I ended up at another store that had the brightest yellow violas I had ever seen. LOAD UP THE CART! I have a true addiction here. I can’t pass a pretty plant without buying it. I try, but I fail. The thing I gotta do is stay out of the plant section of these stores, but the issue is on the other side of the store is Easter candy. The plants don’t make me feel guilty for eating a whole bag of Cadbury Chocolate Eggs. March 20th is the first day of Spring. I just gotta make it to then. 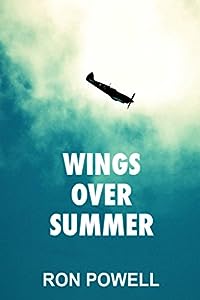 Wings Over Summer
by Ron Powell

Over 14 days at the heart of the Battle of Britain, Spitfire pilots Jack and Alex struggle to survive the savage battles raging in the air over southern England.
Several times a day, they fly against overwhelming odds, witnessing the death and disfigurement of friends and enemies, and wrestling with the knowledge that the same could happen to them at any moment.
Brief periods on the ground offer little respite, with Biggin Hill subjected to frequent air raids, during which many more friends are killed.
Both find love, but the Battle takes its toll.
The flying scenes in Wings Over Summer are especially vivid, perhaps because Ron Powell spent much of his 32 years in the RAF as a flying instructor, teaching young men and women to turn upside down, jink and spin in light aircraft. He also met several Battle of Britain veterans and, more than anything, hopes Wings Over Summer will stand as a tribute to their courage.
The cover design is by Martin Butler, based on Paolo Camera’s Spitfire In Cloud. 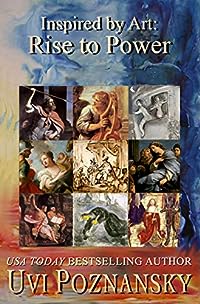 Inspired by Art: Rise to Power (The David Chronicles Book 6)
by Uvi Poznansky

Inspired by Art: Rise to Power is a collection of art throughout the ages, around the story of David. This volume focuses on the decline of the House of Saul and David’s rise to the throne.

These amazing sculptures, paintings, etchings, and manuscripts inspired the author to write The David Chronicles, a series of three volumes, the first of which is Rise to Power, where she imagines the decline of the House of Saul and the rise of David. Besides being an artist and having worked as an architect, she taught art history, and this collection served as the basis for a research course analyzing the contrasts in viewpoints around the biblical story.

This collection is arranged not by artist, nor by artistic style or era, but rather by the story moment-by-moment, blow-by-blow, as imagined by various artists. Rembrandt, Ivan Schwebel, James Tissot, Rubens, William Blake, Gustave Doré, and Vallotton, to name but a few. 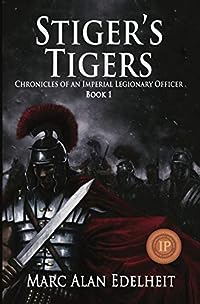 A nobleman from an infamous family, fighter, imperial legionary officer, hero and a born leader… Ben Stiger finds himself reassigned from a crack legion in the North to the rebellion simmering in the South. Placed in command of a truly terrible company, the 85th Imperial Foot, he is unknowingly sent on a suicide mission to resupply an isolated outpost, the garrison of Vrell.

Along the way he must rebuild his new company, gain the respect of the men he leads, survive an assassination attempt, fight bandits, rebels, and an agent of an evil god. His companions on this journey of discovery and adventure are one of the few remaining elven rangers and a paladin on a quest for the High Father.

In a world where magic is a rarity, a dark power is growing. What awaits Stiger is an incredible journey he could never even hope to imagine.

Stiger’s Tigers is the first book in a new epic fantasy series. If you enjoy an original story, honorable heroes, mind blowing twists and page turning action that puts you right in the middle of the fighting, then you will love Edelheit’s award-winning series.

The battle to save the empire and the world begins here! 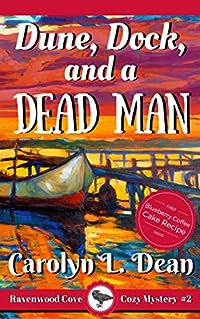 Amanda Graham should be happy with her newly-inherited historic inn, a fat cat named Oscar, and living in a small Oregon beach town, but a terrible discovery between the dunes on the coast and she’s right back in the soup, trying to solve a murder and save her friend!

Sure, maybe he was such a rotten person he deserved to die, but as secrets start to be revealed, Amanda is drawn deeper into danger and intrigue. With a harvest festival looming, and tourists starting to come back to visit, figuring out how and why he died is the best way to protect the town, and her sweet friend.

She’s turned her back on LA and life in a gray office cubicle, so her best bet is to dig in and fight for her new hometown. 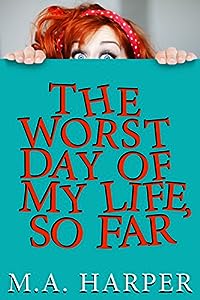 The Worst Day Of My Life, So Far
by M.A. Harper

IT’S A GOOD DAY WHEN YOU DON’T RESORT TO RAT POISON… M.A. Harper’s acerbic wit offers a wickedly entertaining seat on the always-wild Alzheimer’s ride. Fighting her way back to sleep after her mother’s latest Alzheimer’s-driven 3:00 a.m. ramble, Jeanne Roth reminds herself: Tomorrow will be here soon, and it’s going to be just like today was, like something out of Lewis Carroll on crystal meth.

Capturing the hilarity and heartbreak of those who’ve lost their minds to Alzheimer’s, and the tensile strength of mind required of their caregivers, The Worst Day of My Life, So Far is a thoughtful, powerful book about doing the laundry and going to bed content in the knowledge that you have once again made it through the day without, as Jeanne says, having “yet poisoned her, nor put my head in the oven.”

By turns sharp and poignant, Harper is at her most deliciously acidic rehashing the awkward adolescence familiar to most of us, fearlessly probing the questionable decisions of our twenties, and scathingly exposing the failures of our thirties. She lovingly relates Jeanne’s touching memories of her once-beautiful and dauntless mother as Jeanne attempts to reconcile them with the woman who no longer remembers how to use a telephone or toilet tissue.

As always, Harper handles the situation with wit and grace, copious amounts of chocolate ice cream – and bourbon.