Free Time For The Elf

I must not want a break ever. What kind of crazy am I? Just as my garden project, that has consumed my brain and time for over a month, is about to come to an end, I get a puppy. I have said it before that I am not a fan of puppies. The poo and pee all over the place, and those sharp little teeth. I like dogs, full grown dogs that know where to pee. Don’t get me wrong. I love little Casper (yes, we changed his name again). He is such a sweet little guy, and his smooshy face must be kissed at least ten thousand times a day. I would kissy him more, but I my cat Sinny, and sweet pup Junebug need their ten thousand kisses each day as well. But puppies are no walk in the park. So much pee and poo in the house. I can’t complain too much though because he is learning, and this phase will be for only a short time. I remember Junebug was nearly impossible to potty train, and I was certain it would go on forever. It didn’t. But no more projects after this… I promise… ish…maybe.. 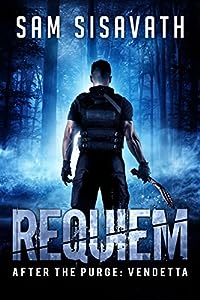 Requiem (After The Purge: Vendetta Trilogy, Book 1)
by Sam Sisavath

Six years ago, the world was plunged into darkness.
Five years ago, it got a second chance.
Now the fight for what’s left begins…

They Called It The Purge…

History books call it The Purge, and it altered the course of human history. A breed of seemingly unkillable creatures that once lurked in the shadows of mankind’s past finally revealed themselves. Driven by an insatiable lust for human blood, these monsters — dubbed “ghouls” by some — consumed the globe in one bloody, awful night. Their numbers growing exponentially through infection, they felled the unprepared governments of the world with hardly any resistance.

In the yearlong nightmare that followed, survivors were turned into chattel for the generations of ghouls to come. Most chose to cooperate, but a brave few fought back, and thanks to their sacrifice, the ghouls were defeated and driven back into the darkness.

The End was Just the Beginning…

Humanity was given a second chance, but the world post-Purge will never be the same. The cities have been abandoned, technology is limited, law and order is nonexistent, and survivors live off the land in small, isolated communities in the countryside. Nightfall is no longer the harbinger of doom it once was, but the night will never be completely terror-free. Though vastly smaller in number and weaker than they’ve ever been, the ghoul menace lingers.

But the monsters are now the hunted. Men and women who suffered unimaginable horrors under the yearlong Purge roam the land, seeking out the creatures wherever they hide. They call themselves slayers. They are skilled, dangerous, and they have scores to settle.

Two Strangers on a Dangerous Road…

Wash is a young slayer scouring what’s left of America in search of one very specific ghoul. He will find it even if he has to brave hell itself to do so. Ana is a woman who is not what she seems — cunning, smart, and far more capable than she lets on. Forced into an alliance, the two strangers must learn to trust one another if they are to accomplish their goals — defeat the monsters, both inhuman and human, and get out alive. 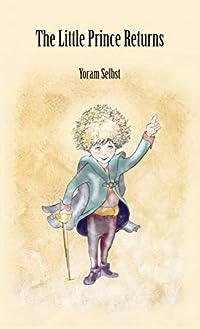 Remember Antoine de Exupéry, that wonderful author and not so successful pilot, who crash landed his airplane in the Sahara desert so many years ago, with scarcely enough water to keep himself alive for a week.

Remember how a magical, curly-headed little prince suddenly appeared out of nowhere and insisted that he draw him a sheep. Remember Antoine’s enchanting description of the days they spent together before his companion disappeared as abruptly as he had appeared. And remember his anguished appeal to anyone who might meet him again to:

“Please comfort me. Send me word that he has come back.”

Decades passed. Those who longed for his return could only dream. And then, one day, it fell to the good fortune of a young fisherman lost at sea, afloat on a little ship that he had stolen from its owner, to discover the very same curly-headed prince splashing in the water below him, calling for help. He rushed to help him aboard.

This book tells the tale of what happened after that moment, of the blossoming of friendship and understanding between two unlikely companions as, over many cups of tea brewed with the last of their water, they shared their life experiences and their inner feelings. It is an attempt to recapture the unforgettable magic of that earlier encounter. 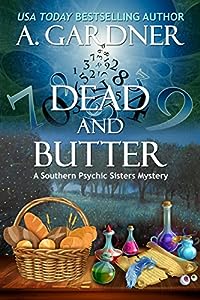 Ember Greene, savvy businesswoman and troubled psychic, returns to her family’s bakery in southern Alabama after her sister mysteriously disappears.

The magical folks of Misty Key have always lived in harmony. But that all changes when a maid at the local hotel is murdered, and a rogue witch is to blame. Desperate to find her sister and keep the peace in her hometown, Ember channels her psychic gifts to solve the case. Although, balancing psychic abilities, family drama, and a corporate job in NYC is easier said than done. Her search takes her from the gulf coast to gator-ridden swamps, and with the help of a cynical medium, a hopeless shifter, and a bloodhound named Yogi, she learns that Misty Key is the heart of a supernatural experiment – one that could destroy Misty Key and all of its inhabitants.

Will Ember find her sister and stop a magical serial killer before she loses everything? 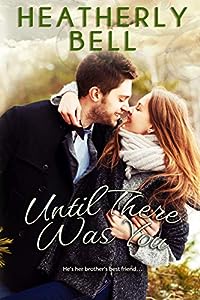 Until There Was You: Starlight Hill series Standalone falling for your brother’s best friend
by Heatherly Bell

Falling for your brother’s best friend can be tricky… and fun!

Genevieve Hannigan has longed for her brother’s best friend Wallace as long as she can remember. When she couldn’t have the man of her dreams, she married his Doppelganger. But Genevieve quickly finds that substitutes are never as good as the real thing. Now, with a disastrous two-month marriage behind her, she’s back in town and about to go after studly, hard-bodied contractor Wallace – the only man who’s ever put the cream in her pie.

As his best friend’s little sister, Genevieve has always been strictly off-limits to Wallace. Just one taste of gorgeous Gen, and he may have discovered the secret ingredient missing in all his serial dating.

But when Gen’s ex-husband shows up in town with hopes to reconcile, Wallace’s life is about to get turned upside down… 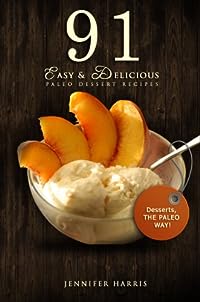 If you’re on the Paleo Diet and want to eat dessert with a clear conscience, this is the book you’ve been waiting for!

Thanks to the 91 wonderful recipes in “91 Easy and Delicious Paleo Dessert Recipes”, not only can you make your all-time favorites the Paleo way, but you will also find many new and exotic sweet dishes to add to your repertoire.

But this book goes much further, and offers a full array of glamorous and unusual desserts for you to enjoy. Orange Cranberry Delight, Guava Mint Sorbet, Maple Syrup Mousse and Pumpkin Zucchini Muffins are just a few of the tempting new recipes which await you.

91 Easy and Delicious Paleo Dessert Recipes has taken the guess work out of producing sweet dishes which conform to the basic principles of the Paleo Diet. You can rest easy knowing that each recipe has been carefully developed to include only permissible ingredients.