Rain or shine hubby and I have been in the backyard working hard to get the yard ready by the Easter deadline. Although on Saturday I was the one doing all the work because hubby was inside doing our taxes. He would rather have been inside doing taxes, than outside in the rain laying weed cloth. I actually don’t get that one. I didn’t curse one time in the garden no matter how hard it got, but I could hear him inside creating new bad words. I find the project rather enjoyable. I felt like I was on my favorite gardening show, Big Dreams Small Spaces. It has been cloudy and rainy, just like it always seems to be for the people on the British show. I don’t recall the last time I had spent so much time in the garden without getting a sunburn. It’s a nice change. 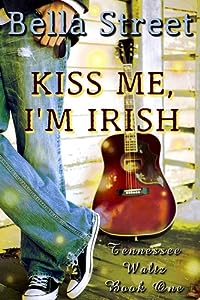 Emily Musgrave is heading a direction she never wanted to go in Regency England–namely a convent to turn her from her waywardness. But it’s more loneliness than rebellion that motivates her to escape her certain fate.

Liam Jackson is going nowhere fast in modern-day Tennessee. Playing his Dobro in seedy bars and backward dives along with his fiddling sister, Tinker, is doing nothing for his music career–and even less for the dark places in his soul.

Pixie mischief can not only change time-lines, it can change hearts. Because sometimes a girl just needs a little magic in her life. 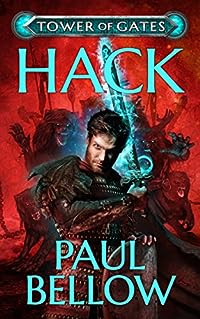 Trapped in an RPG… or a Virtual Prison?

When Eric and friends secretly log onto the new Tower of Gates fully immersive virtual reality MMORPG against his father’s wishes, they spawn separately throughout the game. Eric finds Sarah easily enough, but they can’t find Josh, their remaining party member.

Unable to escape or even pause the game, Eric and Sarah work together to find Josh. They meet a colorful cast of characters along the way, including a priest named Benji. Unsure what happens when you die, they vow to be careful with who they trust.

While Benji and others they meet seem harmless enough, a strange mage in black vows to kill them. Can they stay alive and complete the first few levels of the Tower of Gates? Or will they suffer the fate of others who have died inside the game?

Hack is the first book of the Tower of Gates LitRPG Saga. Previously published as the first half of Goblin. 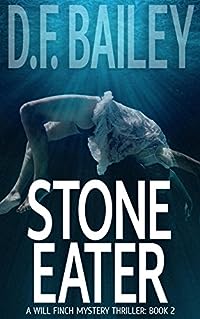 A reporter on the rebound.
An ex-cop with nothing to lose.
A murder they can only solve together.

Will Finch returns to the San Francisco eXpress convinced that Gianna Whitelaw was murdered. But everyone claims that she threw herself from the Golden Gate Bridge. Who can dispute the facts? Her suicide note posted on Facebook. Her fiancé, murdered. When her father, US Senator Franklin Whitelaw, demands that the press respect his privacy, the story is quietly shut down.

Then Finch receives a mysterious text from Eve Noon. She knew Gianna. And she knows about Gianna’s intimate night with Finch. Her revelations could ruin his career. Will she destroy him, or can Finch use what Eve knows to crack open the case?

If you love a gripping thriller series that crackles with the voltage of a technothriller trilogy, then grab the second installment in this new crime trilogy. This hot fusion of PI mysteries, an organized crime series, and noir crime new releases will keep you reading through the night!

Great characters launch you on a wild ride through plot twists you never see coming your way. STONE EATER leaves you gasping and begging for more! 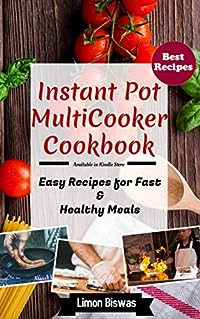 Instant Pot MultiCooker Cookbook (Easy and Healthy Cookbook) is what you are looking for, here you’ll find nutritious, flavorful, simple instant pot recipes that will easily transform into mouth-watering meals?perfectly scaled for two.

I am a personal trainer and need to eat healthy food, as well as good tasty food, but I don’t want to spend hours in the kitchen preparing meals, especially when I come home from work, exhausted.

We don’t have to struggle anymore with the question: “We have no idea what to eat… What do we cook for breakfast or for dinner tonight?”

Stop worrying about that! Here you can find delicious, perfectly portioned recipes in just 30-40 minutes or less and your Instant Pot can help you with it.

Next time you cook for your partner, family member, friend,or whomever, they will absolutely love these meals.

‘Easy and Healthy Instant Pot MultiCooker Cookbook’ contains:
What is an Instant Pot and how to use it
Breakfast Ideas for couples
Chicken, Beef and Pork recipes for both of You to Enjoy
Vegetarian and Sea Food Meals for Romantic Weeknght Dinners