When I am planning it in my head, it doesn’t sound so bad. When I am actually doing it, it is just awful. Once again I found myself shoveling stuff out of the back of my hubby’s truck. Today was class two rock and sand for the little patio we will have in the backyard. It wasn’t as hard as I thought it would be, but certainly not as soft and fluffy as the soil. It didn’t hit me how hard it was going to be until I climbed into the back of the truck bed. That is when all my bones and muscles decided to inform me that I had still not recovered from shoveling the two yards of soil last week. I don’t even get the comfort of knowing that this will be the last load I shovel, because after this will be all the wood chips for the path. I really don’t think these things through when I am getting ideas in my head. I do take some comfort in knowing that in the end it will be a great little garden, and I get a free pass from doing any sort of exercising! 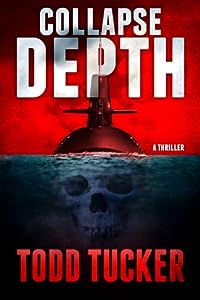 Lieutenant Danny Jabo is a young officer onboard the USS Alabama, a Trident submarine. When a mad man tries to stop the ship’s vital mission, it’s up to Danny and the rest of the heroic crew to stop him. 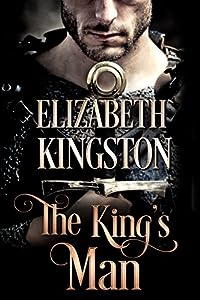 Ranulf Ombrier’s fame throughout 13th century England for his skill at swordplay is rivaled only by his notoriety as King Edward I’s favorite killer. Ranulf’s actions have gained him lands, title, and a lasting reputation as a hired butcher. But after years of doing his king’s bidding, he begins to fear for his mortal soul and follows his conscience away from Edward, all the way to the wilds of Wales.

Gwenllian of Ruardean, Welsh daughter of a powerful Marcher lord, has every reason to leave Ranulf for dead when one of her men nearly kills him. As a girl she was married by proxy to a man Ranulf murdered, only to become a widow before she ever met her groom. In the years since, she has shunned the life of a lady, instead studying warfare and combat at her mother’s behest. But she has also studied healing and this, with her sense of duty to knightly virtues, leads her to tend to Ranulf’s wounds.

Saving her enemy’s life comes with consequences, and Gwenllian and Ranulf are soon caught up in dangerous intrigue. Forced together by political machinations, they discover a kinship of spirit and a surprising, intense desire. But even hard-won love cannot thrive when loyalties are divided and the winds of rebellion sweep the land. 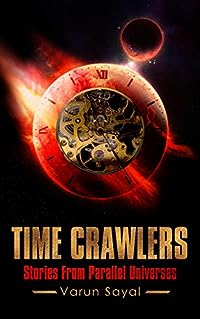 “The stories grabbed my attention instantly and were quite addictive and hard to put down. I finished this book in one sitting and record time. The author no doubt has done his research well and I really admire his highly imaginative skills.” ~ Surbhi

“The style of writing is a breath of fresh air and the book as whole consists of all those thoughts a person usually ponder over while free. But what sets it apart from such thoughts is the amount of efforts that have been put in thinking over every aspect of those theories.” ~ Mohini

Stories:
1. Nark-astra, The Hell Weapon: The weapons he possesses make him the destroyer of worlds, and he burns for revenge. A high-tech take on ancient Indian mythology.
2. Death by Crowd: The dark desires of the masses; darknet websites fueled by a crypto-currency. What lurks in the background – an advanced artificial intelligence?
3. Genie: He rubbed a lamp alright, but what he got was the shock of his life. An entirely sci-fi take on the djinn myth.
4. Time Crawlers: There are individuals who exist in multiple time periods at once, and there are those who know about them… 5. Eclipse: No attacks, no blood-shed, yet there was an invasion and a conquest. Who are these shapeshifter aliens being hounded by an eclipse?
6. The Cave: The fate of an advanced imperial race hangs in balance as a dark celestial entity meets a legendary protector. 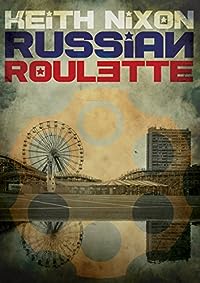 Trouble has a habit of seeking out Konstantin, whether he wants it or not. Starting from the moment he arrives in the seedy seaside town of Margate where he’s supposed to be in hiding from his ex-employers – the Russian military. All Konstantin wants is to be left alone. But it’s not to be. People have their problems and Konstantin can’t help but get involved.

Cue deception, murder, mayhem as the Russian settles into his new life. Margate will never be the same again. And neither will Konstantin…

Set in the once grand town of Margate in the south of England, the now broken and depressed seaside resort becomes its own character in this darkly humorous crime thriller, perfect for fans of Mick Herron, Chris Brookmyre and Carl Hiaasen.

Russian Roulette introduces us to Konstantin, a man with a dark history and darker future. Pick up Russian Roulette now and read the first in a unique crime thriller series. 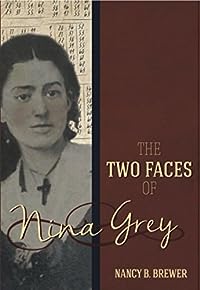 The Two Faces of Nina Grey
by Nancy B. Brewer

Nina Grey wore two faces. One she showed to the world, but one she hid in the shadows.

The Two Faces of Nina Grey, Sharpsburg, Maryland 1861. It was in the winter of her eighteenth year that Nina
Grey’s destiny chose her. This is when she begins her story. Perhaps when it is all over, she will tell all, but for now it is far too dangerous. It would appear that a beautiful young girl would not be much of a threat to anyone, except to the hearts of foolish young men. Who would have guessed that hidden in her purse was a pistol, and tucked inside her corset were secret messages that were a matter of life and death.

Nina Grey had known her share of troubles, being orphaned as a young girl, but her life had been reasonably dull. When the War Between the States broke out, she never considered that the South’s rebellion would be her troubles. The state of Maryland was as neutral as rain, or so she thought.

However, when her brother joined the Confederate Army, the reality of a country divided by war fell upon her doorstep. Driven by her passion to help her brother, her innocence and charm made her the perfect candidate for the job.