Yesterday was the day we officially signed the adoption papers for little Casper, and officially call him ours. This has been a longtime coming. It’s been about two months, right? No? Only a week and a half you say? Oh my. Well….puppies certainly are soft and cute. That’s what makes the biting, peeing, pooing, and general mayhem worth it, right? I’m really looking forward to seeing his reaction when he see’s his mom and two brothers again. That will be sweet I’m sure. It might also tire him out for the afternoon, so I can take a break from chasing him around the house trying to prevent his teeth from exploring everything. Five minutes maybe? 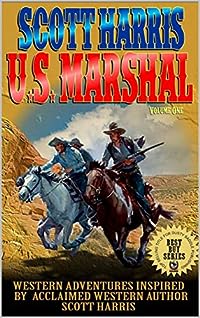 A Western collection from Scott Harris, adventures you won’t want to miss!

Scott Harris, author of “Mojave Massacre,” “Coyote Canyon,” “Coyote Creek,” “Bonanza,” “Tales From Dry Springs,” and many others is now the star of his own book — these are the adventures of a cowboy called Scott Harris as he fights for law, order, and the United States of America.

Law, order and punishment, the settling of the Old West — the birth of America — the taming of the wild frontier — these are the stories of Scott Harris. Grab this new Western collection, and ride into the sunset reading great adventures written especially for you. 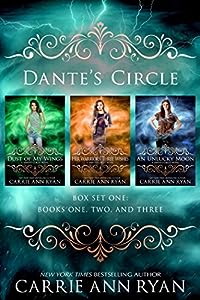 Humans aren’t as alone as they choose to believe. Every human possesses a trait of supernatural that lays dormant within their genetic make-up. Centuries of diluting and breeding have allowed humans to think they are alone and untouched by magic. But what happens when something changes? The first three books of the bestselling Dante’s Circle series are now in one place at a special low price. Do you dare enter the world of the realms?

Dust of My Wings – Book 1
When chemist Lily Banner finds a vial of angel dust, angelic warrior Shade Griffin will have to do all in his power to protect the ancient secrets of the paranormals. Only when he finds Lily, his world shifts and his allegiance changes, forcing the ones who want Lily put down to take action. The war between the realms is on the edge of a blade and only Shade and Lily can stop it.

Her Warriors’ Three Wishes – Book 2
Jamie Bennett has known Ambrose Griffin was hers from the moment she knew things that went bump in the night were real. Ambrose has held himself back because he can’t afford to lose anything else. But when Jamie is kidnapped and sent to the hell realm, the warrior angel will not only risk a war to find her, he’ll find his heart — in Jamie and Bailin. When Bailin, a demon from hell, meets the two people who could fill his heart and his soul, he’ll need to fight for something he hasn’t felt in over a century — hope.

An Unlucky Moon – Book 3
Hunter, the wolf from hell’s games, is finally ready to mate with Becca. If only Becca were ready to forgive him. Between the Pack’s council and strangers who could take everything away from them, Becca and Hunter have more to fight and everything to fight for. Hunter’s dark past takes over their courtship, and just when he thinks all his lost, he’ll find that Becca’s more than he — or she — ever thought. 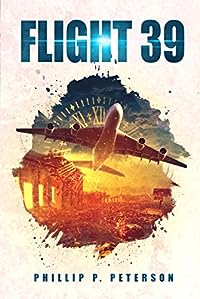 For a top-secret research project, airline pilot Christoph Wilder is recruited to fly an A380 equipped with a time machine. But on the maiden voyage, activists hijack the plane and force Christoph to take them back to 1939. Their goal: to kill Adolf Hitler! But the price to pay for averting the Second World War exceeds Christoph’s worst nightmares. He has to decide whether to save the dictator’s life in order to prevent the downfall of humanity in the present day.

+++A fast-paced high-tech thriller from Phillip P. Peterson, the author of Transport and Paradox.+++ 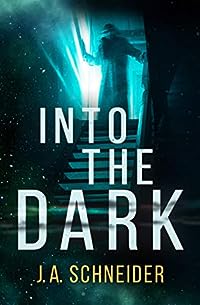 INTO THE DARK
by J.A. Schneider

A perfect marriage deteriorates as a woman starts to fear that her husband is a killer…
Annie and Ben seem to have a perfect marriage. He’s a dedicated psychiatrist; she is a passionate art history professor. Then, for Annie, the nightmares start… and fears that she may or may not be witnessing scenes of women getting abused. Is she somehow connecting her fears to the suicide of Ben’s first wife, Susannah?
Increasingly obsessed with discovering what really happened, Annie finds homicide detective Connor Payne, who has never let go of the case. Tensions at home explode into cat-and-mouse terror, with Annie desperately, secretly, trying to investigate… 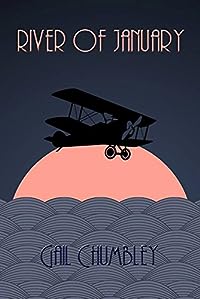 River of January
by Gail Chumbley