I am so glad my baby bassets can’t hear what is inside my head, because if they knew..OH MY GOLLY I would be in trouble. They are on Spring Break right now and we all know what that means! Parents all over have to take their kids grocery shopping. It is so NOT fun to take them to Costco. I don’t think they really appreciate how awesome Costco is. But that’s not what I am talking about right now. My baby bassets spotted a Costco Variety pack of Hostess Cupcakes and Ding Dongs. Twelve year old me wanted to pounce on that sucker like a tiger on a bunny. Adult me told my sweet baby bassets that it was not good for them and they need something more nutritious, not junk food. They picked out organic apple sauce. I would have been pissed if my mom tried to put mush like that in my lunch. Every day in my school lunch I got a Hostess treat. I can’t recall if I got a fruit or not. If I did, I doubt I ate it. Why would I? I had a Hostess cake. PULEEZ! I guarantee you I had another after school with my Nestle Chocolate Quick Drink as well. I didn’t mess around. To be honest I won’t buy them awesome treats as a daily snack only partly for their health. Truth is, I don’t want to hear about it from the other kids at school. They have no problem telling parents of other kids that they pack unhealthy lunches and should be ashamed of themselves. Since I can’t tell them what they can do with their opinion, I just avoid the issue all together and give my baby bassets apple sauce. No sense starting an argument with a kid. Come Easter though, my babies are getting the biggest chocolate bunny EVER! 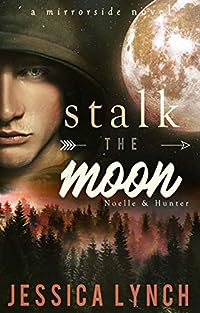 A modern retelling of the myth of Artemis and Orion — with a few twists!

She doesn’t know she’s Artemis, mythical huntress and goddess of the moon — but he does. And that’s all he needs to make sure he gets his happy ending this time. Except he’s expecting the Artemis he remembers. Who he gets instead is —

With a potty mouth and a Jersey attitude, I’ve never been the type of girl who cries when things don’t go my way. I’m no damsel in distress. Whatever life throws at me, I can handle it. No matter how rough or tough or… weird?

Because falling through a full-length mirror and ending up in a forest wearing nothing but a nightgown is definitely weird. Stabbing a giant scorpion in the eye with a stick? Yup. Weird. Discovering I’m a whiz with a bow and that I can apparently communicate with animals like some grouchy Disney princess — okay, not gonna lie. That’s kind of cool.

Being told that I’m supposedly the reincarnation of the Greek goddess Artemis? Super friggin’ weird. How am I supposed to believe that? Or that some gorgeous hunk of a guy insists we’re meant to be together?

I mean, I might not know a lot about mythology, but wasn’t Artemis some kind of virgin?

After all this time, after all this waiting, she’s back in my reach and nothing is going to keep me from changing the way this story ends.

Not the tragedy of our shared history, or the countless times I’ve already died. Not the fact that her brother has proven repeatedly that he will stop at nothing to keep us separated.

Not even the undeniable truth that Artemis doesn’t remember me — or even herself. 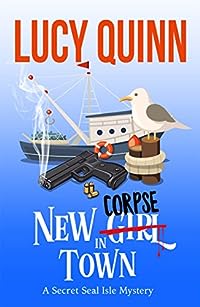 FBI agent Cookie James is enjoying her extended leave from the agency on Secret Seal Isle, managing her quaint inn and flirting with the oh-so sexy-handyman, Dylan Creed… until her sixty-year-old mother goes skinny dipping and is almost drowned by a corpse.

A phone call to the sheriff should mean the end of Cookie’s involvement, but when it’s clear the sheriff has no interest in the investigation, Cookie calls in reinforcements… her ex-partner Hunter O’Neil. Suddenly it’s like old times while the pair questions the residents of Secret Seal Isle. Except it’s not. Now she has both Hunter and Dylan vying for her attention, a wayward hippy mother, and a potential killer on the loose.

With her love life heating up, her mother lighting up, and all signs pointing to the most unlikely suspect, Cookie does the only thing she knows to do — focus on solving the case. 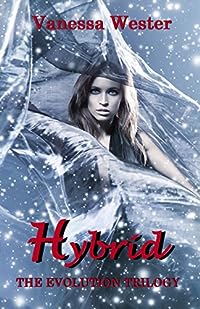 Steven Thorn has no trouble settling in at university. He is confident, hardworking and intelligent. When Caitlin Chance catches him off guard he is bemused by the instant attraction, and the more he gets to know, the more he likes.

Yet, Steven has a secret past that is destined to reveal itself, and he is soon to become a stranger to everyone. The wheels are set in motion for his radical upheaval. But first love is a powerful thing, and the connection forged between Caitlin and Steven is not easily broken.

The impossible is only the beginning…
Vanessa Wester’s debut novel takes you from the University of Southampton to the depths of the Amazon jungle. An imaginary citadel is waiting to be discovered full of interesting characters,traditions and cultures. There are so many twists and details you will not be able to put this book down. 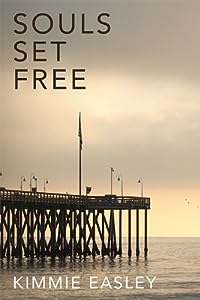 Emma has a life most people would love to trade for: a beautiful home on the beach, a loving husband, two wonderful daughters. But most nights, she goes to bed hoping to not wake up the next morning. Pills and alcohol are the only ways she can cope with a childhood filled with abuse, ending the day she left at fifteen after her mother held her at gunpoint.

Now, the woman who caused her so much pain is dead.

Emma returns to her childhood home and finds her mother’s journal. As she reads, her anger slowly begins to melt away as the years of abuse finally begin to make sense… 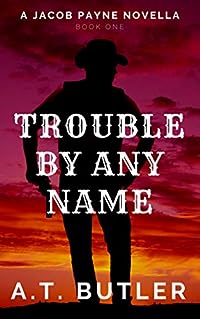 Jacob Payne, bounty hunter, is on the trail in the Arizona Territory.

The town of San Adrian has been taken over by an outlaw, a wife-murderer, and violent man who won’t succumb to Jacob’s usual methods.

He must protect the sheriff’s widow, the townspeople, and himself all while unmasking this despicable character.

This novella is 15,000 words and can be read in one sitting!