Vince’s dry humor and keen observations propel this mystery-romance across central Florida, through Buddhist temples, abandoned factories and hurricanes. For fans of mysteries with wit, and an edge. 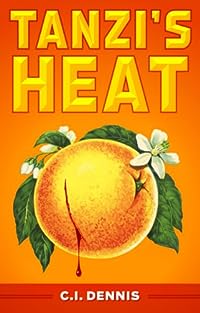 August is the hottest time of the year in Florida, and Vince Tanzi would just as soon sweat it out in his study chair with a few beers. He’s had enough of the world after losing his wife, and spending nine months in jail. He’s at the bottom of a downward spiral that began when he “retired” from the Indian River County Sheriff’s Department in Vero Beach, and began a second career as a P.I., which has been on hold since he got out.

He gets a call from his dead wife’s friend, who has been shot at twice. She doesn’t want to call the police. He takes the case, and follows her husband through the groves, beaches, golf courses,cities and restaurants of the Sunshine State. In the process he turns up a secret that changes everything.