The Bugs Will Play

The sun was shining yesterday and it hit about 63 degrees. So I bought a plant. Nothing big, just one little lavender. I was so fixated on the plants that it took me a minute to realize that the store was crowded. There are many like me who have to buy a plant when the sun comes out. One guy had a cartload of colorful flowers, and was looking like he was going to need a second cart pretty soon. Suddenly I didn’t feel so bad about my gardening addiction. Feeling bright and sunny with my one little plant, I went home with a good feeling. It wasn’t until I walked into the kitchen that I noticed the true ugliness of my plant obsession. The huge pile of dishes in the sink. NO!!! Ew. There were dishes in there from two days ago. ew ew. I almost threw a temper tantrum, but I didn’t since I know to save my temper tantrums for special occasions only. Plus I didn’t want to waste it on my youngest basset. He wouldn’t appreciate a good tantrum. I might have been able to get him to clean the dishes by using the parent card and some bla bla about getting older and having more responsibilities, but he went right to doing his homework, so that was a no go on that idea. My little lavender would have to wait. I had to be a grownup. 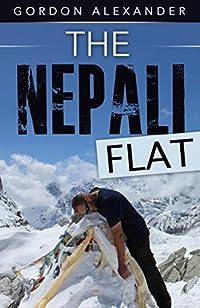 The Nepali Flat
by Gordon Alexander

Take a man from sea level. Place him in the high Himalaya. Then laugh at him!

Join Gordon in Nepal as he drags his ‘heavy arse’ over the Himalayas in this hilarious, adventure-soaked account of the Three Passes Trek.

Together with guide Subash and porter Nima, Gordon tackles high passes in excess of 17,500 feet and explains how high altitude affects a mildly-overweight bloke from sea level in the tropics.

Each part of the journey brings new challenges including sub-freezing temperatures, almost falling into a crevasse, and alarmingly warm beer. Along the way he discovers the local Kukri Rum, traverses glaciers, interacts with eccentric and curious characters, and takes in the most beautiful views on the planet (pictures included). 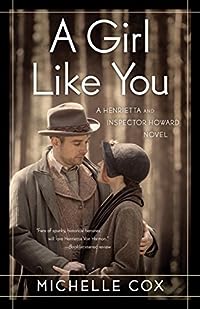 A Girl Like You: A Henrietta and Inspector Howard Novel
by Michelle Cox

Henrietta Von Harmon works as a 26 girl at a corner bar on Chicago’s northwest side. It’s 1935, but things still aren’t looking up since the big crash and her father’s subsequent suicide, leaving Henrietta to care for her antagonistic mother and younger siblings. Henrietta is eventually persuaded to take a job as a taxi dancer at a local dance hall — and just when she’s beginning to enjoy herself, the floor matron turns up dead.

When aloof Inspector Clive Howard appears on the scene, Henrietta agrees to go undercover for him — and is plunged into Chicago’s grittier underworld. Meanwhile, she’s still busy playing mother hen to her younger siblings, as well as to pesky neighborhood boy Stanley, who believes himself in love with her and keeps popping up in the most unlikely places, determined to keep Henrietta safe — even from the Inspector, if need be. Despite his efforts, however, and his penchant for messing up the Inspector’s investigation, the lovely Henrietta and the impenetrable Inspector find themselves drawn to each other in most unsuitable ways. 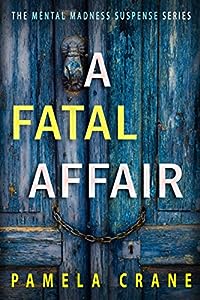 A husband in love with his wife. A wife willing to do anything to escape him. An affair turned deadly.

The pregnancy test he found in the garbage confirmed it: Fatherhood at last. But when his wife announces her desire for divorce — and a majority of their assets — Hollywood icon Allen Michaels loses not only his wife, but his sanity. As Allen reveals the gory secrets of his mysterious past, with love leaving him battered and broke, how far is too far to avenge the promise of “til death do us part”? 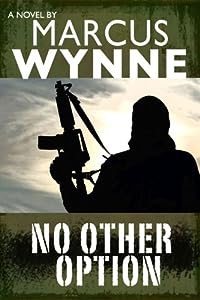 No Other Option
by Marcus Wynne

This is my first novel. When it debuted in September 2001, right on the heels of 9/11, it was ranked as one of the best thriller debuts by Publisher’s Weekly and became a Booksense Pick as Best Thriller and Suspense. It was one of the first thrillers to feature the extremely secretive Special Activities Division of the CIA, the single most elite unit in the US Special Operations arsenal.

What readers loved about it then, and now, as it still sells 18 years later, was first of all the realism in tactics, tradecraft and fighting. This is old hat now with most competent thriller writers spending time getting every exacting detail about those things right. 18 years ago that was not common. We readers were used to books with silenced revolvers, Glocks with safety catches, and tradecraft using a woman’s compact mirror (remember those?) to peek around corners with. Fellow authors like Barry Eisler, David Morrell, Gayle Lynds, Grant Blackwood, Harley Jane Kozak and many others have been kind enough to thank me for sharing my technical expertise over the years in their excellent fiction.

The second thing readers resonated with was the depth of insight into the psychology of special operators, and learning about the fine line between psychopathy/sociopathy and the ice-cold calculation necessary in a cutting edge special operator. I’ve spent most of my adult life researching and teaching these mental aspects for close combat, and I count students in elite units all over the world. Besides my own work and research, I consulted during the writing of this novel with psychologists and psychiatrists from the CIA, NASA, JSOC, and national police academies in three different countries, as well as with friends from Tier One Units in the US and NATO structure.

That research, and the novel that emerged from it, has held up well.

Enjoy this exploration into the very dark mind of Jonny Maxwell, a superstar in DOMINANCE RAIN, an element of the Special Activities Division, and the man who must hunt him to the death, his friend and war-brother Dale Miller. 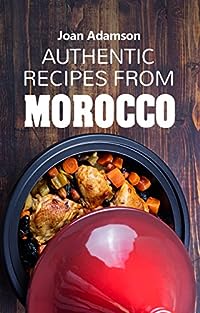 One of the great cuisines of the world, Moroccan cooking abounds with subtle spices and intriguing flavour combinations. Think tart green olives paired with chopped preserved lemon rind stirred into a tagine of tender chicken, the surprise of rich pigeon meat pie dusted with cinnamon and icing sugar, or sardines coated with a flavourful combination of coriander, parsley, cumin and a hint of chilli. Influenced by Andalusian Spain, Arabia and France, Morocco’s cuisine is a delicious combination of mouthwatering flavours that make it unique.