The Seed Is Planted

Robert Iannone does it again with his new series, The Ministry of Superheroes and Scamps. This is a stand-alone spin-off series from Egg and the Hameggattic Sisterhood, and is a girl-empowering fantasy adventure about the twin daughters of a living legend, the Queen of Aerianna. Enjoy! 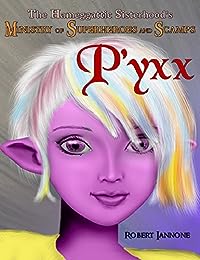 P’yxx – The Ministry of Superheroes and Scamps, #1
by Robert Iannone, Sean Duffy

It is the story of the twin daughters of a living legend, the Queen of Aerianna. To their delight, they have been given permission to partake in their first solo adventure. They have decided to visit a small planetoid in the Andromeda Galaxy. What they don’t know is that the planetoid is home to the Infinite Requiem of Scientific Insufficiencies – a curious institution dedicated to repurposing failed scientific experiments. It is run by a sentient robot called an ALF Prime.

Their visit doesn’t go quite as planned. The other guests who happen to be visiting are a class of exceptionally bright students from a prestigious academy. One of them is P’yxx, an elfin-like being who teams with our twins to avert a galactic-wide catastrophe caused by a practical joke gone terribly wrong. 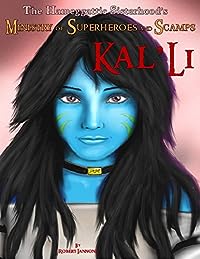 Kal’Li – The Ministry of Superheroes and Scamps, #2
by Robert Iannone, Sean Duffy

It started with a distress call from a downed pilot on the surface of the planet Voyd, a quarantined world off limits to one and all. They soon found the reason for that quarantine – hybrid creatures, half animal and half human locked in a life and death struggle.

This pilot was herself on a mission of mercy – to steal a pirate spaceship, rescue her father then save her people trapped on a world that would soon be annihilated by the destructive forces of an exploding star.

For our girls, it’s impossible to turn their backs on a noble, if hopeless, cause. This time, they could pay the ultimate price. 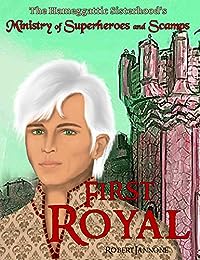 This is Tryst, First Royal and heir to the throne on Concordia.

He’s in a bit of trouble and his fiancée, Tyrra, has asked the Awesome Foursome to lend a helping hand. She thinks he has only one problem – a civil war which is about to break out.

What she and her man don’t know is that Tryst’s cousin is going to frame him for treason.

But war and treason are the least of their problems. When the last of the Shadow Reapers are gone,
his world, and eventually the rest of the Pinwheel Galaxy, will be destroyed by an uncontrollable rift
between our universe and a parallel one.