Two Gnomes In A Bar

When I was in grammar school, every day I would walk by a house that had about 1200 gnomes in the yard. Each day I would try to spot a new gnome, and each day I succeeded. So many gnomes! I couldn’t say that no one stole a gnome once or a hundred times, but there were so many gnomes who would be able to tell. I didn’t understand why anyone would have so many gnomes, and I thought for sure those people were crazy. Yesterday I found myself at my favorite craft store, just cruising the isles, and I came across a whole section of funny garden gnome statues. I seriously contemplated getting three or four because they were so cute. No sane person could choose only one. I left the isle quickly. 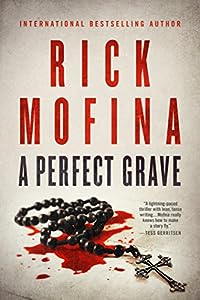 A Perfect Grave
by Rick Mofina

Rookie crime reporter Jason Wade, a troubled loner from the wrong side of the tracks, pursues the story of a murdered Seattle nun.

The case leads him to a hermit nun who founded a mysterious religious order; and ultimately to the dark secret that has tormented his ex-cop father for decades. It culminates in a life and death struggle against the clock. With time running out, Jason and his father battle the odds to confront a terrible truth.

Rick Mofina is a former journalist who has interviewed murderers on death row, flown over L.A. with the LAPD and patrolled with the Royal Canadian Mounted Police near the Arctic. He’s also reported from the Caribbean, Africa and Kuwait’s border with Iraq. His books have been published in nearly 30 countries, including an illegal translation produced in Iran. 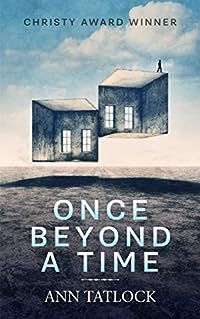 Once Beyond a Time – A troubled family, missing child, and a “house beyond time.”
by Ann Tatlock

A troubled family, whose pastor father resigned in disgrace from a church in suburban Philadelphia, moves to an old house in Black Mountain, North Carolina. They soon discover that their new home, nearly hidden from view on the side of a mountain, is no ordinary place. The family can see and speak with people who appear and disappear seemingly at will. Some of the visitors seem to have lived there in the past. More mysteriously, some will live there in the future.

Then, soon after their move into the old house, their eight-year-old son vanishes without a trace! Has he been kidnapped, or has he wandered off into the dark forest? Will the “house beyond time” provide the answers? Or does something more disturbing await this troubled family? 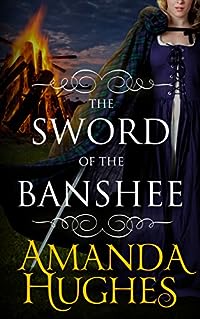 For readers who like historical fiction with a bit of a love story.

With eyes as changeable as the sea, India Allen seduces the Irish people into a bloody rebellion which sweeps the country like wildfire. But across the ocean another revolution is brewing, and Quinn Calleigh wants to harness this woman’s mysterious power for himself. With his lusty good nature and wickedly broad smile, he entices India to seek liberty in the New World. Together they sow the seeds of the American Revolution. Taken with her icy beauty, Quinn struggles to melt India’s crystalline exterior and unlock the passion and fire within her. Is he simply an Irish gypsy looking for an adventure or a committed freedom fighter? Their battle to uncover their love and humanity is equal only to that of their struggle for freedom. 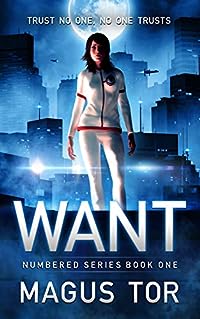 Want: Trust no one, no one trusts (Numbered Book 1)
by Magus Tor, Chase Nottingham, JT Formatting

Trust no one, no one trusts – that is the way of Lunar City.

2085 – The Earth has nearly been destroyed through global warming and the use nuclear weapons as WWIII begins.

Two hundred years later and it is the Ruling Class in the Moon’s Lunar City who rule the five cities left on the barren planet. Careers are dictated, breeding is regulated, those who can’t work are made to disappear and everyone is known by a number. There is no time for fun and very little need for love. Lethal injections are brandished freely and an army of clones are bred for purely military purposes.

Aurelia has left school with flying colors and will be flown to the Moon to work with the Elite race in the hospital. Kind-hearted, creative and intelligent, Aurelia is about to be launched into a life she could never have even dreamed of on earth, a life where power and politics are a dangerous combination and trust is hard to come by.

With the help of new friends, Aurelia will learn whose side she is really on but the truth soon becomes horribly clear: on Lunar, you can trust no one. 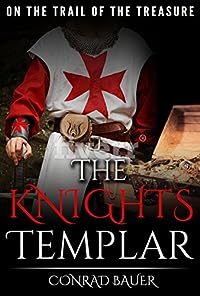 The Knights Templar: On the Trail of the Treasure
by Conrad Bauer

The Knights Templar treasure is one the World’s most enduring mysteries. Is it a myth or a reality? Where could it possibly be hidden?

The Knights Templar existed officially for less than 200 years. Founded to protect pilgrims who were traveling through the Holy Lands, their rise to power was sudden. They became some of the most feared warriors in the region, they had a mandate from God, they controlled perhaps the world’s first real banking system, and they waged war against anyone who tried to wrestle Christianity’s holiest grounds from the control of the Catholic Church. Within their short lifespan, they quickly became one of the most powerful societies in Europe, if not the world.

Full of incredible turns of events including secrets, deceits, lies and betrayals, the history of the Knights Templar from their triumphant conquests to their abrupt fall still fascinates. But nothing comes close to the stories surrounding the mysterious hidden treasures the Knights Templar have accumulated during their short existence and the relics they protected.

This book is a guide to the Knights Templar’s and possible locations of their mysterious treasure. Questions answered include:

How the Templars built up their wealth and what influence it has even on banking systems of today?
Is the treasure real and what could’ve happened to it?
What are the possible locations of the treasure today?