What’s In A Name?

How hard is it to name a puppy? We have had this puppy for five days now and can not agree as a family on a name. After two days we tentatively agreed on Gizmo, but my heart was never into that name. I have tried out Casper, Kodiak, and Bob, but none of them really seem to fit. We are going to end up calling him Dee Og Gi. We have actually considered Dee Oh Gi, I’m not completely against it really. It might be kind of fun. No.. Maybe you guys can help us out. Does anyone have any suggestions of what we should name this little guy? 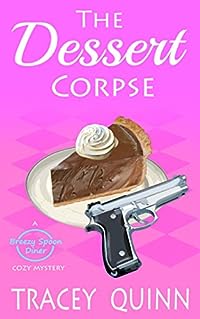 Come on in to the Breezy Spoon Diner, where murder is the special of the day!

When Dani O’Shea returns to her sleepy little hometown of East Spoon Creek City after a tour in Afghanistan and buys The Breezy Spoon Diner, she plans to live peacefully, serving up great food, great conversation and down-home hospitality to the friendly locals.

The Breezy Spoon is a big success, and when hunky and flirtatious fireman Mark Adams offers to rent Dani his downstairs apartment, things are really looking up… until a dead body with a chocolate pie smashed in his face shows up in the dumpster behind the diner!

Trying to get to the bottom of the mystery isn’t easy when dealing with the quirky and eccentric residents of East Spoon Creek City, and it gets even harder when the body keeps disappearing and popping up around town! There’s not a moment to lose when dark secrets threaten to come to light, and Dani discovers that one of her customers just might be a serial killer! 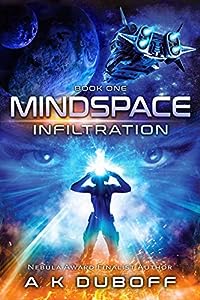 Only Kira can prevent a stellar civil war.

When Captain Kira Elsar comes face-to-face with a military assault mech inside a civilian research lab, it’s abundantly clear that MTech is up to no good.

As the Tararian Guard’s sole telepath, Kira goes undercover to get to the bottom of the mystery. Hints point to a brewing stellar civil war, but she needs to gather proof. Except, the mysterious forces behind the conflict already have their own plans for Kira that will change her life forever.

NOTE: A different version of this series was previously published as the Uprise Saga. Though the core story remains the same, the Mindspace books have been fully rewritten to fit the Cadicle universe. 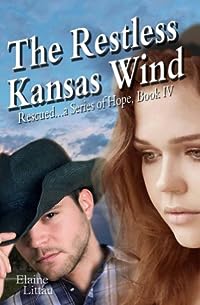 Rescued out of the clutches of slavery and returned home to safety, Lily Henderson and her family moved from their home in Kansas City to a farm in Meade, Kansas. Lily’s unwanted child remained unnamed until two desperate men blew onto the farm with their brother at the brink of death,
Set on the plains of Kansas in the 1870s, The Restless Kansas Wind has characters that will spark the imagination of readers who enjoy Christian Historical Romance. 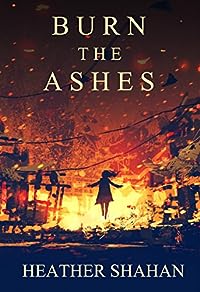 In the ruins of a place once known as Dallas lies The Republic of Trinity, a collection of hundreds of towns and groups ruled peacefully by The Council. Though the leaders once thrived on change, their descendents have grown comfortable. Whether by mutation or evolution, some children have been able to connect with and control the elements. These Talists, short for elementalists, have the potential to cause destruction, to take over, to incite change.

After five years in hiding, eighteen-year-old Paeonia Willows has been captured and sent to The Compound. She expected certain death, having been told her whole life that The Compound was a death camp, but instead finds herself in a work camp where those like her are tortured, used, and experimented on. A rebellion has begun, led by her new friend Anza, but not everyone agrees with its principle.

Following a cast of diverse characters, Burn the Ashes explores the gray areas in our choices, love and loss, and personal growth under pressure. 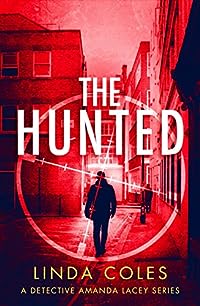 They kill wild animals for sport. She’s about to return the favour…

A spate of distressing big-game hunter posts are clogging up her newsfeed. As hunters brag about the exotic animals they’ve murdered and the followers they’ve gained along the way, a passionate veterinarian can no longer sit back and do nothing.

To stop the killings, she creates her own endangered list of hunters. By stalking their profiles and infiltrating their inner circles, she vows to take them out one-by-one.

There’s no telling how far she will go to add the guilty to her own trophy collection.

And she won’t stop until their kind is extinct…