Good afternoon readers. I hope your Wednesday is going well. Just think you are half way through the week! It is almost the weekend… we can do it! I hope you find a new book to read with your lunch today. I skipped the big lunch today, and opted for a small snack, and now I am going to take power hour nap before I have to go to my evening classes. See you bright and early in the morning tomorrow! The Apprentice 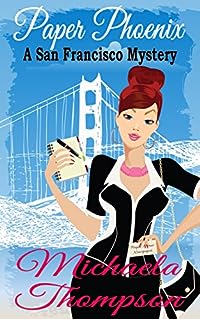 Paper Phoenix: A Mystery of San Francisco in the ’70s
by Michaela Thompson

… or at least sweet thoughts of murder. Maggie Longstreet has plenty of them after slimy, ambitious Richard trades her in for a more recent model. She’s so depressed she can barely get out of bed when Larry Hawkins, a seemingly not-at-all depressed acquaintance, commits suicide out of the blue. Suddenly Maggie goes on high alert, remembering something her evil ex said about Larry — something highly suspicious.

And from there, it’s just a short segué to a bracing new development… 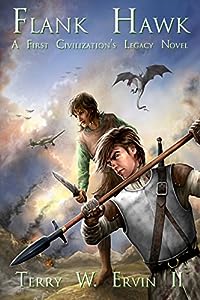 What happens when fire-breathing dragons battle Stukas for aerial supremacy over a battlefield? Can an earth wizard’s magic defeat a panzer? Krish, a farmhand turned mercenary, witnesses this and much more as he confronts the Necromancer King’s new war machines resurrected from before the First Civilization’s fall. Worse yet, a wounded prince tasks Krish to find the fabled Colonel of the West and barter the royal family’s malevolent Blood-Sword for a weapon to thwart the Necromancer King’s victory. Flank Hawk is set in the distant future where magic exists and brutish ogres are more than a child’s nightmare. 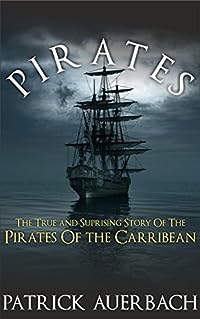 Pirates: The True and Surprising Story of the Pirates of the Caribbean
by Patrick Auerbach

In the early eighteenth century a number of the great pirate captains, including Edward ‘Blackbeard’ Teach and ‘Black Sam’ Bellamy, joined forces. This infamous ‘Pirating Gang’ was more than simply a thieving band of brothers. Many of its members had come to piracy as a revolt against conditions in the merchant fleet and in the cities and plantations in the Old and New Worlds.

Inspired by notions of self-government, they established a crude but distinctive form of democracy in the Bahamas, carving out their own zone of freedom in which indentured servants were released and leaders chosen or deposed by a vote. 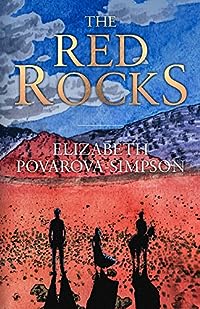 The Red Rocks
by Elizabeth Povarova-Simpson

Sent away at an early age to roam the tech-free, ad-free zone of The Red Rocks, Jake’s broken past has led him to a lonely present. The bottle was there, to save his days.

Who will help Jake find his way?

A friend? A foe? A lover? What fate awaits Jake on his journey? 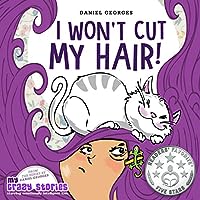 I WON’T CUT MY HAIR!
by Daniel Georges

Bratty Sally is the prettiest girl in town with her gorgeous purple hair. To become even prettier, she decides not to cut her hair ever again. She is very stubborn but how long can she ignore all the troubles that come with her overly grown hair? She will soon learn an important moral of moderation and confidence: Being stubborn is ok, but trying something new is even better!

Kids will giggle reading this cheeky story and learn to channel their strong will into self-confidence, courage and the habit to find creative solutions to negative situations.

BOOK 1 from the quirky series MY CRAZY STORIES kids and parents are loving and educators are recommending!

Read aloud book for preschoolers or a self-read book for older children.