Eight Or Nine Weeks To Hide

I am going to hide in my house for the next 8 weeks or so, and not watch TV or go on any social media. None! Nothing at all. Yes, I know that will never happen. You know I can’t go 8 weeks without watching cat videos or the ten million theories on how the Avengers will eventually beat Thanos. I do however really need to avoid any information about what is happening this season on Game of Thrones. I want to wait until they are all aired, then binge watch them in one day. I have no patience for waiting a week between episodes. Netflix and On Demand have made me a brat in that regard. I am spoiled. I want to see them all in one sitting and I want it NOW!!! Okay, I actually can wait until they are all done. I am not like a lot of fans who have to watch it as soon as it comes out. I have enough stuff to keep me busy until the day they are all available. Plus, If I really need to watch an episode, I can go back a re-watch the past eight seasons. But I wont, because I am too busy potty training a little fuzzball that I keep mistaking for one of my baby basset’s toys. I had to stop kicking the toys off to the side for fear I might kick Casper. Oh.. that would be horrible. 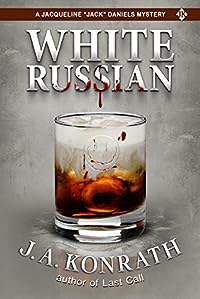 Just when you get out…

Former Chicago cop Jack Daniels thought she’d left her former life behind. She’d traded her badge for a toddler, and her lifelong pursuit of heinous serial killers for a boring house in the suburbs.
… they pull you back in.

Then Jack sees some pictures. Pictures of men who were supposed to be dead. And once again, against the fierce insistence of her husband, Phineas Troutt, Jack reluctantly straps on her gun and goes hunting. Hunting for the worst of the worst.

This leads to a trek across the Great Plains, searching for a modern slavery ring, on a collision course with three of the most horrible villains Jack has ever faced.

But Jack, and her irritating buddy Harry McGlade, will face them, and much more. Because they’re prepared to go to hell and back to rescue an old friend.

The trick will be getting back in one piece. And — spoiler alert — they don’t. 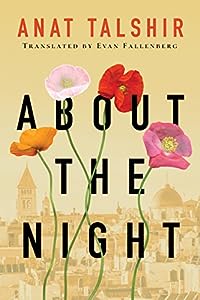 About the Night
by Anat Talshir, Evan Fallenberg

On a hot summer day in 1947, on a grandstand overlooking Jerusalem, Elias and Lila fall deeply, irrevocably in love.

Tragically, they come from two different worlds. Elias is a Christian Arab living on the eastern side of the newly divided city, and Lila is a Jew living on the western side. A growing conflict between their cultures casts a heavy shadow over the region and their burgeoning relationship. Between them lie not only a wall of stone and barbed wire but also the bitter enmity of two nations at war.

Told in the voice of Elias as he looks back upon the long years of his life, About the Night is a timely story of how hope can nourish us, loss can devastate us, and love can carry us beyond the boundaries that hold human beings apart. 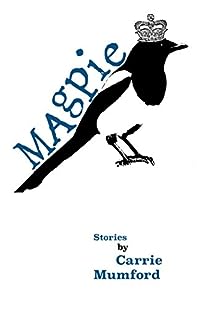 Magpie: A Collection of Really Short Stories
by Carrie Mumford

The eleven stories found in Magpie: A Collection of Really Short Stories will introduce you to a motley cast of strong characters with one thing in common: heart. Stories include Pushcart-nominated The Blemish Collector, heart-wrenching Ashes, short-and-not-so-sweet Magpie, and the previously unpublished flash story, The Jackals.

“There are a lot of things in life that are hard. Creating yourself anew through a stale marriage. Managing your regret in the face of great trauma. Struggling with your life choices in the presence of a nun. Let Carrie Mumford walk you through these situations, crafting stories and lives that feel as dear and personal as family.” — Joseph Carlough

Filled with tales of strong, struggling, and stunning women, Magpie: A Collection of Really Short Stories, is sure to entertain. 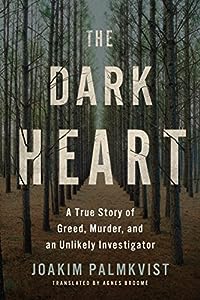 The Dark Heart: A True Story of Greed, Murder, and an Unlikely Investigator
by Joakim Palmkvist, Agnes Broomé

In late summer of 2012, millionaire landowner Göran Lundblad went missing from his farm in Sweden. When a search yielded nothing, and all physical evidence had seemingly disappeared, authorities had little to go on — except a disturbing phone call five weeks later from Göran’s daughter Maria. She was sure that her sister, Sara, was somehow involved. At the heart of the alleged crime: Sara’s greed, her father’s land holdings, and his bitter feud with Sara’s idler boyfriend.

With no body, there was no crime — and the case went as cold and dark as the forests of southern Sweden. But not for Therese Tang. For two years, this case was her obsession.

A hard-working ex-model, mother of three, and Missing People investigator, Therese was willing to put her own safety at risk in order to uncover the truth. What she found was a nest of depraved secrets, lies, and betrayal. All she had to do now, in her relentless and dangerous pursuit of justice, was prove that it led to murder. 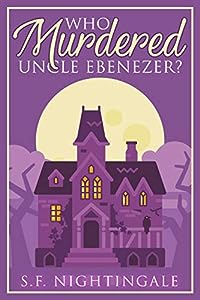 When you thought being a Christian was safe…

If you like clean, wholesome cozy mystery short story that you can read in one sitting that keeps you guessing until the very end, you MUST read this book!

When a menacing storm is upon Kingsvale, New Hampshire, little does Reverend Devin Grant suspect that there’s anything more menacing than the ruthless winds and blinding snowflakes when he arrives at Ebenezer Spencer’s estate for final preparations for his friend, Ken’s wedding.

But as evening turns into sinful night, a dead body is found… and the murderer is likely to be in the house. A house no one can leave because of the storm…
Can Reverend Grant get to the bottom of this mysterious death before the snowstorm ends or will evil get away with murder on Uncle Ebenezer’s estate?