Mysteries To Die For

If you are looking for a great mystery series that has twists and turns, and a touch of humor, than look no further than author Hannah Howe. You will be captivated by her work, and once you finish her first story don’t fret she has even more books. These books will not disappoint, they are great reads from beginning to end. Enjoy! 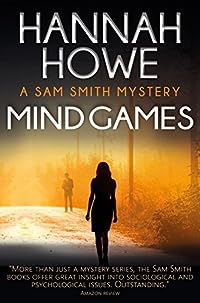 Mind Games, book eleven in the Sam Smith Mystery Series. Each book in the series contains a complete story and can be read as a stand-alone. Each story contains approximately 50,000 words and runs to 240 printed pages.

A riddle wrapped in a mystery inside an enigma. Sasha Pryce, a teenage chess prodigy, presented me with a problem. She wanted me to track down Steve Chapin, her coaching assistant. Steve had mysteriously disappeared, leaving no clue as to his whereabouts. However, Sasha insisted that I should follow her strict instructions – her father, eminent pharmacologist Professor Christian Pryce, must not learn of my investigation.

Meanwhile, Professor Pryce had hired a handsome bodyguard, Blake, to protect Sasha. For what reason? She had no idea. And to complicate matters further, Blake decided to cast a lascivious eye over my romance-shy friend and assistant, Faye Collister.

Mind Games, a riddle wrapped in a mystery inside an enigma, an exploration of the many aspects of love. 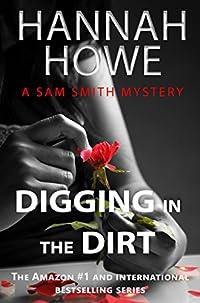 Digging in the Dirt is book twelve in the Amazon #1 Sam Smith Mystery Series. Each book in the series contains a complete story and can be read as a stand-alone. Print length, 242 pages.

Someone had posted a dead rat through Jana Jakubowska’s letterbox, and scrawled obscene graffiti on her garden wall. Harmless pranks, or something more sinister? Her boyfriend, Tom Renwick, hired me to find out.

As the case unfolded, the trail led to murder, and a situation that placed Krystyna in danger. The Rat Man had revealed his ruthless streak, but surely he wouldn’t harm a child?

Meanwhile, my friend and colleague, Faye Collister, was trying to reconcile her troubled past with her feelings for Blake the Bodyguard, a handsome hunk.

Digging in the Dirt, a story of passionate love, and extreme hate. 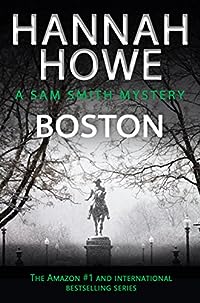 Book fourteen in the Sam Smith Mystery Series. All the books in the series can be read as stand-alones.

Please note: the printed version of this book runs to 238 pages, not the estimate listed by Amazon.

“Morgan Brooks is a fine man,” Alan said, “a great psychologist and my mentor. He’s invited us to spend Christmas with him and his family. Should we accept?” Of course, I said, “Yes.”

And so, I met Morgan Brooks in snowy Boston, on my first trip to America. I also met Amelia, his celebrity chef wife and Madison, his somewhat reticent daughter. Furthermore, I encountered Dexter Trask, a businessman, a megalomaniac, the self-styled ‘King of Boston’.

The holiday started well. Then the first body appeared, a young man murdered in the woods. That murder led to a kidnapping and further murders. The clues pointed in one direction. However, did the truth lie in that direction? With the aid of Gabe, Morgan’s friend and neighbour, and a fellow private detective, I wandered through the snow-kissed maze.

And the solution? That surprised everyone.

Boston, ten days in a winter wonderland, ten days that confirmed that people are multi-faceted, multi-layered, and that everyone has at least one skeleton ready to fall out of their closet.

The Ann’s War Mystery Series is a series of five novellas set in 1944-5. Each story contains approximately 15,000 words and a complete mystery. The stories are: BETRAYAL, INVASION, BLACKMAIL, ESCAPE and VICTORY. The stories are set four months apart and will be published four months apart, so you can read them in ‘real time’, if you wish. However, you may prefer to read the books ‘as one’ after the publication of VICTORY. Please make your choice based on your reading preference. Kindly note that each mystery is resolved within one story, and that Ann’s story arc will be resolved over the five books.