Not What You Think It Means

I’m turning into my favorite gardening guru Monty Don, from Big Dreams, Small Spaces. I can’t say I am upset about it. My hubby might not be too thrilled, but I am getting a good giggle out of it. I saw a pair of purple pants that I just had to have. I have not bought a pair of purple pants in 400 years, but for some reason I just had to have them. Yesterday I wore them for the first time with a black and grey striped sweatshirt. I wore that outfit all day and didn’t think twice about it. Until hubby came home and gave me the strangest look. He didn’t say anything, but he stared a little too long at the pants…confused. I took the hint and went to examine myself in the mirror. A task I should have done much much earlier in the day, but I didn’t. I am a bit hurt that none of my friends, that I saw that day, had informed me that I looked like cartoon character. No one was surprised by how I was dressed! So for me I guess weird is normal. WELL FINE! I did giggle at the fact that the pants looked just like the ones Monty Don wears in every show. He has enough sense not to wear the striped sweatshirt, but the pants were all him. Oh yaaa… I am not going to stop wearing these bad boys. I AM GOING FULL MONTY!!! Wait.. that means something else doesn’t it? I will Google that later. 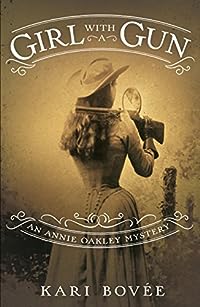 Girl with a Gun: An Annie Oakley Mystery
by Kari Bovée

Fifteen-year-old Annie Oakley is the sole supporter of her widowed mother and two siblings. An expert markswoman and independent spirit, she hunts game to sell to the local mercantile to make ends meet instead of accepting a marriage proposal that could solve all her problems.

After a stunning performance in a shooting contest against the handsome and famous sharpshooter Frank Butler, Annie is offered a position in the renowned Buffalo Bill’s Wild West Show. Finally, she has a chance to save the nearly foreclosed family farm and make her dreams come true. But then her Indian assistant is found dead in her tent, and Annie is dubious when the local coroner claims the death was due to natural causes. When another innocent is murdered, Annie begins to fear the deaths are related to her. And to make matters worse, her prized horse, Buck, a major part of her act, is stolen.

Annie soon discovers that the solution to her problems lies buried in a padlocked Civil War trunk belonging to the show’s manager, Derence LeFleur. And so, with the help of a sassy, blue-blooded reporter, Annie sets out to find her horse, solve the murders, and clear her name. 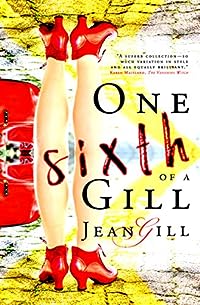 One Sixth of a Gill: a collection of short reads
by Jean Gill

‘A fantastic array of wonderful prose, from bee-keeping to Top Tips on Dogs! A FINALIST and highly recommended.’ The Wishing Shelf Awards
Finalist in the SpaSpa Awards
Perfect for holidays! Five-minute reads. Meet people you will never forget: the night photographer, the gynaecologist’s wife, the rescue dog. Dip into whatever suits your mood, from comedy to murders; from fantastic stories to blog posts, by way of love poetry.
Fully illustrated by the author in black and white; Jean Gill’s original photographs are as thought-provoking as her writing. An out of body experience for adventurous readers. Or, of course, you can ‘Live Safe’.

Not for you
the blind alley on a dark night,
wolf-lope pacing you step for step
as shadows flare on the walls. 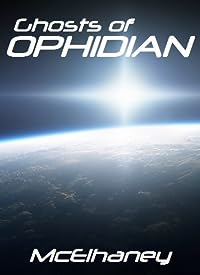 Ghosts of Ophidian
by Scott McElhaney

An enormous three-mile long ship has just entered the Earth’s orbit and it’s doing absolutely nothing… except instilling fear and speculation upon the citizens below. After a few weeks, NASA gets a boarding party together to attempt to gain entry into the giant craft. Once inside the ship, they will discover over a million creatures on ice. They will also discover the reason that the ship hasn’t been doing anything beyond maintaining an orbit above the Earth – it appears that the ship has been sabotaged by whatever used to exist in three of the empty cryogenic chambers.

Their investigation leads to a lot more than a potential alien invasion. Nothing is as it seems and pretty soon, the two remaining astronauts aren’t sure who they should trust anymore. 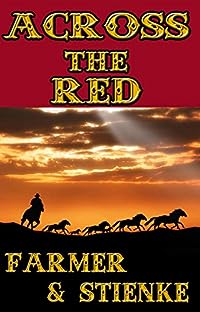 Across the Red (The Nations Book 4)
by Buck Stienke, Ken Farmer

Between the Indian Nations and Texas lies an area on the south side of the Red River that was once the winter camp for the likes of the notorious guerrillas, William Clarke Quantrill, Bloody Bill Anderson and later, the James Gang — known as Delaware Bend.
The same northeast portion of Cooke County, Texas in 1896 was the center of a massive rustling operation by the Red River Gang.
Texas Ranger Bodie Hickman enlists the aid of Deputy United States Marshals Bass Reeves and Jack McGann to go undercover to end this scourge once and for all.
But, the Red River Gang slaughters a sixteen man patrol of US Army soldiers to acquire a new weapon — a deadly Gatling Gun.
Bass and Jack add Marshal Brushy Bill Roberts and Chickasaw Lighthorse Osí Hommá and Bodie calls upon fellow Texas Ranger Walt Durbin, to bolster their forces against the gang.
Will it be enough when they have to face the awesome firepower of a ten barrel Gatling Gun? Who’s the mysterious person behind the massive rustling operation? 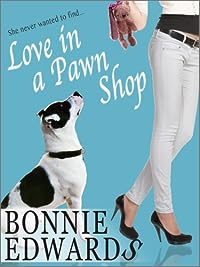 Love in a Pawn Shop
by Bonnie Edwards

A pit bull, a pawn shop and a pain-in-the-ass kid brother…
Dix is good with two out of three. She’s had it with dusty shelves, desperate people and her teenage brother. With Riley about to graduate, Dix is ready to buy her one-way ticket to Paris.

Then sexy cop Dane Caldwell walks into her store on the hunt for stolen goods, and threatens her brother and her business.

The worst threat is to Dix’s heart… if she loses that, she loses her dream.

Dane soon realizes he’s found love in a pawn shop. Even the pit bull thinks he’s okay. Now all he has to do is convince Dix that love is more than just another complication.