Polka To The Next Page

I had a person email me the other day and they wrote, “How about less talk/chat, etc. and more books? We don’t all care about your pets/backyard/kids, etc.” This email got me to thinking.  The little blurbs that I write to you every day are meant to be little distractions that maybe make you giggle a little or at least crack a smile. In the seven or so years Book Basset has been around, I have never had anyone tell me to shut up. I gotta say…. This is AMAZING! For seven years I have gone on and on about every thought in my head, and it took until now for someone to tell me to stop talking. For those who do not like my chatter, I have added a wonderful feature to my blog and email called the scroll bar located on the right side of your screen. For those who might not mind my little stories, let me know. I would love to hear from you. 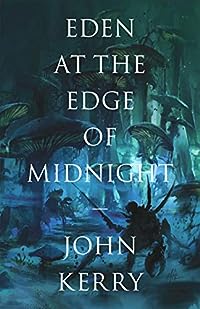 A young-adult fantasy adventure unlike anything you’ve read before.
Imagine the Neverending story, spliced with Howl’s Moving Castle viewed through a Guillermo del Toro fever dream.

There exists a secret realm outside our own, the original Garden of Eden, sealed from the rest of the world and populated with the fittest of men and women. A paradise that became ravaged by smog that choked out the skies.

Now the realm exists in darkness and its people need a champion, a chosen one to save them from the poison that cloaks the land and threatens to smother its inhabitants.

That’s what they needed. They got sixteen-year-old Sammy Ellis instead. Her only responsibility was to help the “chosen one” open a gateway into the realm. But, not only has she entered the land in their place, she’s also locked them out in the process.

Sammy finds herself lost in a twilight land of giant mushrooms and pursued by dark forces. Can she find a way home so the true chosen one can return or has the realm been doomed by her actions? 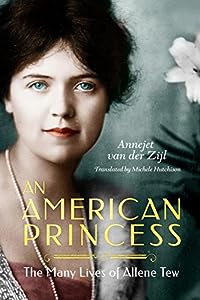 An American Princess: The Many Lives of Allene Tew
by Annejet van der Zijl, Michele Hutchison

Two-time Man Booker Prize winner Hilary Mantel names An American Princess as one of her favorite book of the year: “light and gracefully written, it dances through a century of history… ” (The Guardian)

Born to a pioneering family in Upstate New York in the late 1800s, Allene Tew was beautiful, impetuous, and frustrated by the confines of her small hometown. At eighteen, she met Tod Hostetter at a local dance, having no idea that the mercurial charmer she would impulsively wed was heir to one of the wealthiest families in America. But when he died twelve years later, Allene packed her bags for New York City. Never once did she look back.

From the vantage point of the American upper class, Allene embodied the tumultuous Gilded Age. Over the course of four more marriages, she weathered personal tragedies during World War I and the catastrophic financial reversals of the crash of 1929. From the castles and châteaus of Europe, she witnessed the Russian Revolution and became a princess. And from the hopes of a young girl from Jamestown, New York, Allene Tew would become the epitome of both a pursuer and survivor of the American Dream. 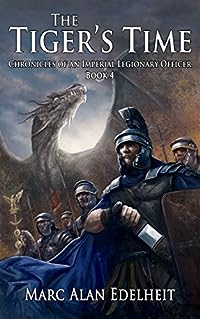 The fourth installment of the award-winning Chronicles of an Imperial Legionary Officer series is here!

A nobleman from an infamous family, imperial legionary officer, and born fighter, Ben Stiger is trapped in the past and cut off from everything he has known. The World Gate is sealed behind him and Delvaris the man he traveled through time to save, is dead. With this great man’s death, the future has been altered by the evil god Castor.

Stiger has lost his purpose. For the first time in a great long while, no one needs saving and no one needs killing. Stiger is a man out of his time and worse a prisoner of the dwarves.

Cast adrift in a time not his own, Stiger believes his time as a leader of men is at an end. But the gods are not done with him yet. A terrible evil looms over the Vrell Valley like a grim shadow. Castor’s dark servants are hard at work. Despite being a man out of his time, Stiger is viewed as a threat to be eliminated, for a dread destiny has been stamped onto his line from the time of Karus.

The Horde is on the march, and the Thirteenth Legion is in Vrell without a legate. There is only one man who can lead the Lost–Stiger. This is the Tiger’s Time! The question is… can the damage done by Castor’s servants be repaired and will it be enough to change his destiny? 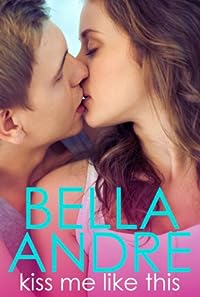 Kiss Me Like This: The Morrisons
by Bella Andre

Sean Morrison, one of six siblings and the top college baseball player in the country, is reeling from a heartbreakingly painful loss. Nothing seems to matter anymore… until the night Serena Britten unexpectedly ends up in his arms.

Serena is a world-famous model who has only ever wanted to be normal, even though her mother has always pushed her to become a superstar. Though it isn’t easy to try to leave everyone and everything she knows behind, Serena is determined to enroll in college. More than anything, she wants to turn her love for books into a new career that she actually loves. Only, she never expected to meet someone like Sean on campus–or to be instantly consumed by their incredible chemistry and connection.

But when the pressures of her high-profile modeling career only get bigger and more demanding, will it make living a normal life as a college student–and falling in love with the hottest guy on campus–impossible? 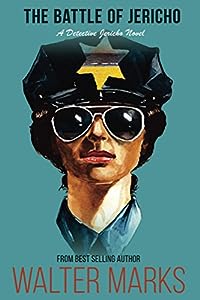 The Battle of Jericho
by Walter Marks

PUBLISHERS WEEKLY — “Set on Long Island, Marks’s suspenseful second crime novel featuring Det. Sgt. Neil Jericho (after 2014’s Death Hampton) contains more than a few surprises. Still reeling from the breakup of his last serious relationship — with a woman he investigated who was suspected of murdering her husband for his millions — Jericho must tackle a truly odd case. A severed foot has washed ashore from Block Island Sound, with only a partial tattoo and an unusual nail polish on its toes as clues to the owner’s identity. After the papers report the gruesome find, 16-year- old Aaron Platt takes advantage of the revelation to send the police a taunting letter (“Something’s afoot. Foul play?”), further complicating the inquiry.

Later, wealthy Sanford Richman reports his wife Ann missing, shortly before her severed foot turns up on another beach. An attractive junior officer, Maria Salazar, provides a welcome romantic distraction. Readers should be prepared for a shocking ending.”