Popping Balloon On The Lawn

Here are a few Price Drops that looked too good to miss. 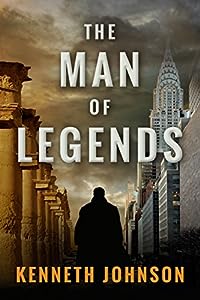 The Man of Legends
by Kenneth Johnson

In another part of town, Will — an enigmatic thirty-three-year-old of immense charm, wit, and intelligence — looks forward to the new year with hope and trepidation. Haunted by his secret past and shadowed by a dangerous stranger, he finds himself the object of an intense manhunt spearheaded by an ambitious Vatican emissary and an elderly former UN envoy named Hanna.

During the next forty-eight hours, a catastrophic event unites Will, Jillian, and Hanna — and puts them in the crosshairs of a centuries-old international conspiracy. Together, the three must unravel an ancient curse that stretches back two millennia and beyond, and face a primal evil that threatens their lives and thousands more. 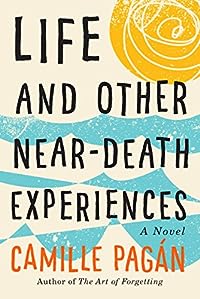 Life and Other Near-Death Experiences
by Camille Pagán

Libby Miller has always been an unwavering optimist — but when her husband drops a bomb on their marriage the same day a doctor delivers devastating news, she realizes her rose-colored glasses have actually been blinding her.

With nothing left to lose, she abandons her life in Chicago for the clear waters and bright beaches of the Caribbean for what might be her last hurrah. Despite her new sunny locale, her plans go awry when she finds that she can’t quite outrun the past or bring herself to face an unknowable future. Every day of tropical bliss may be an invitation to disaster, but with her twin brother on her trail and a new relationship on the horizon, Libby is determined to forget about fate. Will she risk it all to live — and love — a little longer?

From critically acclaimed author Camille Pagán comes a hilarious and hopeful story about a woman choosing between a “perfect” life and actually living. 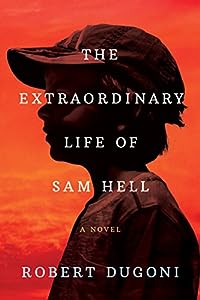 The Extraordinary Life of Sam Hell: A Novel
by Robert Dugoni

Wall Street Journal and New York Times bestselling author Robert Dugoni’s coming-of-age story is, according to Booklist, “a novel that, if it doesn’t cross entirely over into John Irving territory, certainly nestles in close to the border.”

Sam Hill always saw the world through different eyes. Born with red pupils, he was called “Devil Boy” or Sam “Hell” by his classmates; “God’s will” is what his mother called his ocular albinism. Her words were of little comfort, but Sam persevered, buoyed by his mother’s devout faith, his father’s practical wisdom, and his two other misfit friends.

Sam believed it was God who sent Ernie Cantwell, the only African American kid in his class, to be the friend he so desperately needed. And that it was God’s idea for Mickie Kennedy to storm into Our Lady of Mercy like a tornado, uprooting every rule Sam had been taught about boys and girls.

Forty years later, Sam, a small-town eye doctor, is no longer certain anything was by design — especially not the tragedy that caused him to turn his back on his friends, his hometown, and the life he’d always known. Running from the pain, eyes closed, served little purpose. Now, as he looks back on his life, Sam embarks on a journey that will take him halfway around the world. This time, his eyes are wide open — bringing into clear view what changed him, defined him, and made him so afraid, until he can finally see what truly matters.