The Invisible (A Ryan Kealey Thriller Book 3) by Andrew Britton 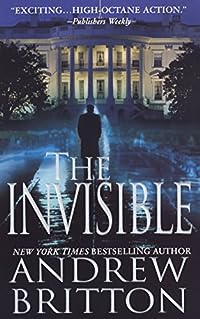 The Invisible (A Ryan Kealey Thriller Book 3)
by Andrew Britton

Tensions between Pakistan and India are at an all-time high when the US secretary of state’s motorcade is ambushed on the outskirts of Islamabad. When the back-up team arrives, they discover a disastrous scene: dozens are dead, including seven diplomatic security agents.

And the secretary of state is missing.

In the wake of the unprecedented attack, CIA agent Ryan Kealey’s operation goes into high gear to rescue the missing politician. British-born analyst Naomi Kharmai is on his team again, but as the mission moves forward, her decision-making becomes increasingly unpredictable and unusually dangerous.

As they work their way toward the target, it becomes clear to Kealey that anyone is fair game — and no one can be trusted.

Thundering to a stark and chilling climax, The Invisible raises the stakes on every page with its “terrifying and gripping” plot that races along in a thriller with shocking betrayal and, ultimately, revenge (Stephen Frey, New York Times-bestselling author).