Health nut, “Did you know that if you skip the cheese on your hamburger, you could save 5,876 calories per year?” Me, “How about you mind your own business?” This is pretty much me any time someone tries to give me diet advice. 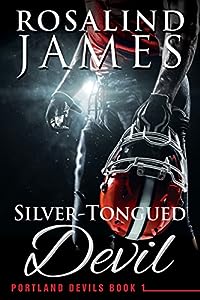 Blake Orbison’s pro football career with the Portland Devils may have come crashing to an end, but not calling the signals anymore just gives him more time to devote to his business enterprises, including the latest and greatest: the opening of the Wild Horse Resort in scenic north Idaho. And that other one, too. Blake’s on the marriage track now, and he’s got a game plan. But when he runs into a trespasser leaping from his shoreline boulders into his lake, what’s a good ol’ boy to do but strip down and join her?

Dakota Savage is nobody’s temporary diversion, least of all the man responsible for her family’s semi-desperate circumstances. Some people may think she has a piercing too many, but she’s had more than enough of being called trash in this town. She’s come home to Wild Horse to run her stepfather’s painting business, and any extra time she has goes into creating her stained glass. An overpaid, entitled, infuriating NFL quarterback is no part of her life plan, no matter how sweet he talks. No matter how slow he smiles. No matter what. 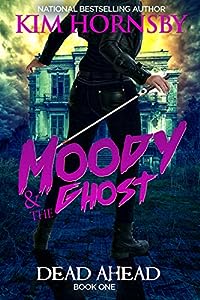 After a car accident that took her husband’s life and her eyesight, Youtube celebrity and paranormal investigator, Moody, finds she has also lost her ability to communicate with ghosts. When she mysteriously inherits a house on the Oregon Coast, Bryn and her team set out from her Seattle houseboat to investigate. The house has many surprises and as Bryn desperately tries to restore her clairvoyance, she discovers an elusive inhabitant with the ability to salvage her business and her reason for living. 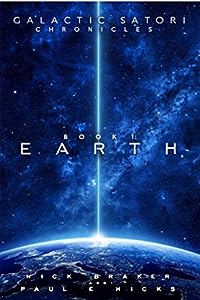 A thirst for revenge sends one man on a deadly journey through the galaxy in the adrenaline-pumping new novel Galactic Satori Chronicles.

Written by Nick Braker and Paul E. Hicks, this raucous sci-fi adventure introduces Asher, a young man whose world is turned upside down when he discovers that his fiancée’s death has been directly caused by an imminent alien invasion.

In a desire to better understand humans in order to destroy them, these aliens are projecting their consciousnesses onto unsuspecting men and women — and in the process, are learning exactly how to use humanity’s own selfishness and greed as weapons against them.

Fueled by emotions that the aliens will never understand, Asher bands together with a group of friends. These four MIT coeds are more than meets the eye and go to battle with those who are intent on destroying our planet.

Asher takes the fight from Earth to an alien spaceship and back again — a fight that will either save the planet… or doom it.

The first installment in an upcoming series, Galactic Satori Chronicles is an engrossing look at the manipulation of time, mental projection, futuristic technology… and, of course, aliens. 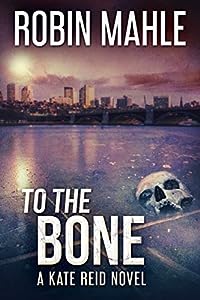 A cold case in Boston suddenly turns hot again when a construction worker uncovers bones at a site along Boston’s famed Charles River. The remains are presumed to belong to a victim of the serial killer who haunted the city in the 1980s. However, when more victims turn up and are believed to be much more recent deaths, the elite BAU team is called in to investigate the similarities.

The team, led by Agent Nick Scarborough, arrives to work with the local FBI field office. But this is all too familiar for Agent Kate Reid when parallels are drawn between this investigation and her own search for a killer who resurfaced years later.

Now she confronts not only the reminders of her former days, but someone is working against her interests that could undermine her very sanity. 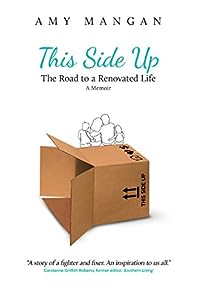 This Side Up
by Amy Mangan

“A story of a fighter and fixer. An inspiration to us all.” -Southern Living

This Side Up: The Road to a Renovated Life is a home and garden editor’s story of a life constantly under construction, none by design. Written with candor, humor and grace, Amy Mangan shares her own home tour, but this one deftly sheds light on job loss, financial shame, home displacement, marital discord, illness and caregiving. Faced with one crisis after the next, Amy discovers how to cope, hope and rebuild, finding a new way home to a stronger way of life.