Pick Me Last For Dodgeball!

Catnip makes my cat way too needy. I think I might have to cut him off. 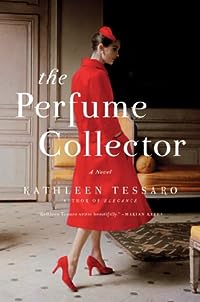 The Perfume Collector: A Novel
by Kathleen Tessaro

A remarkable novel about secrets, desire, memory, passion, and possibility.

Newlywed Grace Monroe doesn’t fit anyone’s expectations of a successful 1950s London socialite, least of all her own. When she receives an unexpected inheritance from a complete stranger, Madame Eva d’Orsey, Grace is drawn to uncover the identity of her mysterious benefactor.

Weaving through the decades, from 1920s New York to Monte Carlo, Paris, and London, the story Grace uncovers is that of an extraordinary women who inspired one of Paris’s greatest perfumers. Immortalized in three evocative perfumes, Eva d’Orsey’s history will transform Grace’s life forever, forcing her to choose between the woman she is expected to be and the person she really is.

The Perfume Collector explores the complex and obsessive love between muse and artist, and the tremendous power of memory and scent. 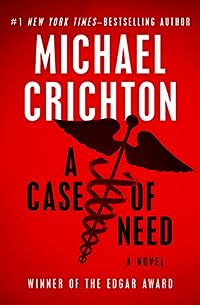 A Case of Need: A Novel
by Michael Crichton

The death of a doctor’s daughter may be malpractice — or murder — in this novel by a #1 New York Times-bestselling author: “I loved it” (Stephen King).

In the tightly knit world of Boston medicine, the Randall family reigns supreme. When heart surgeon J. D. Randall’s teenage daughter dies during a botched abortion, the medical community threatens to explode. Was it malpractice? A violation of the Hippocratic Oath? Or was Karen Randall murdered in cold blood?
The natural suspect is Arthur Lee, a brilliant surgeon and known abortionist, who has been carrying out the illegal procedure with the help of pathologist John Berry. After Karen dies, Lee is thrown in jail on a murder charge, and only Berry can prove his friend wasn’t the one who wielded the scalpel. Behind this gruesome death, Berry will uncover a secret that would shock even the most hardened pathologist.
An Edgar Award-winning novel by the author of such blockbusters as The Andromeda Strain and Jurassic Park — and creator of the long-running NBC drama ER — A Case of Need is a “superb” medical-thriller mystery (Los Angeles Times).

This ebook features an illustrated biography of Michael Crichton including rare images from the author’s estate. 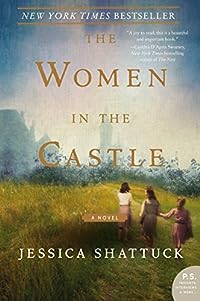 The Women in the Castle: A Novel
by Jessica Shattuck

Three women, haunted by the past and the secrets they hold

Set at the end of World War II, in a crumbling Bavarian castle that once played host to all of German high society, a powerful and propulsive story of three widows whose lives and fates become intertwined — an affecting, shocking, and ultimately redemptive novel from the author of the New York Times Notable Book The Hazards of Good Breeding.

Amid the ashes of Nazi Germany’s defeat, Marianne von Lingenfels returns to the once-grand castle of her husband’s ancestors, an imposing stone fortress now fallen into ruin following years of war. The widow of a resister murdered in the failed July 20, 1944, plot to assassinate Adolf Hitler, Marianne plans to uphold the promise she made to her husband’s brave conspirators: to find and protect their wives, her fellow resistance widows.

First Marianne rescues six-year-old Martin, the son of her dearest childhood friend, from a Nazi reeducation home. Together, they make their way across the smoldering wreckage of their homeland to Berlin, where Martin’s mother, the beautiful and naive Benita, has fallen into the hands of occupying Red Army soldiers. Then she locates Ania, another resister’s wife, and her two boys, now refugees languishing in one of the many camps that house the millions displaced by the war.

As Marianne assembles this makeshift family from the ruins of her husband’s resistance movement, she is certain their shared pain and circumstances will hold them together. But she quickly discovers that the black-and-white, highly principled world of her privileged past has become infinitely more complicated, filled with secrets and dark passions that threaten to tear them apart. Eventually, all three women must come to terms with the choices that have defined their lives before, during, and after the war — each with their own unique share of challenges.

Written with the devastating emotional power of The Nightingale, Sarah’s Key, and The Light Between Oceans, Jessica Shattuck’s evocative and utterly enthralling novel offers a fresh perspective on one of the most tumultuous periods in history. Combining piercing social insight and vivid historical atmosphere, The Women in the Castle is a dramatic yet nuanced portrait of war and its repercussions that explores what it means to survive, love, and, ultimately, to forgive in the wake of unimaginable hardship. 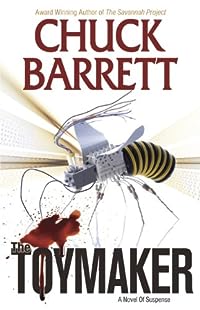 Former NTSB Investigator Jake Pendleton faces a dilemma as the line blurs between right and wrong. After his judgment comes into question, Jake is entrusted to his new mentor, an eccentric old man who sees beyond Jake’s flaws. A man who makes ‘toys for spies.’

A man known as The Toymaker.

Jake’s first assignment reunites him with Gregg Kaplan in a daredevil mission to rescue a fellow agent held captive in Yemen. He risks his life to stop the first attack of an al Qaeda mastermind. But now, with no one to trust but himself, can Jake stop the terrorist from destroying what is most precious to the free world?

Unfortunately, more trouble comes his way as a killer from his past threatens something more important to Jake than his own life, leaving him to make the hardest decision any man ever has to make — 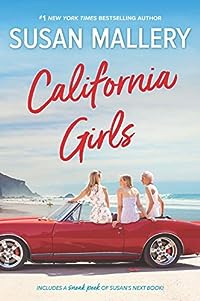 The California sunshine’s not quite so bright for three sisters

who get dumped in the same week…

Finola, a popular LA morning-show host, is famously upbeat until she’s blindsided on live TV by the news that her husband is sleeping with a young pop sensation who has set their affair to music. While avoiding the tabloids and pretending she’s just fine, she’s crumbling inside, desperate for him to come to his senses and for life to go back to normal.

Zennie’s breakup is no big loss. Although the world insists she pair up, she’d rather be surfing. So agreeing to be the surrogate for her best friend is a no-brainer — after all, she has an available womb and no other attachments to worry about. Except… when everyone else, including her big sister, thinks she’s making a huge mistake, being pregnant is a lot lonelier — and more complicated — than she imagined.

Never the tallest, thinnest or prettiest sister, Ali is used to being overlooked, but when her fiancé sends his disapproving brother to call off the wedding, it’s a new low. And yet Daniel continues to turn up “for support,” making Ali wonder if maybe — for once — someone sees her in a way no one ever has.

But side by side by side, these sisters will start over and rebuild their lives with all the affection, charm and laugh-out-loud humor that is classic Susan Mallery. 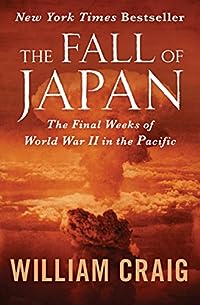 The Fall of Japan: The Final Weeks of World War II in the Pacific
by William Craig

New York Times Bestseller: A “virtually faultless” account of the last weeks of WWII in the Pacific from both Japanese and American perspectives (The New York Times Book Review).

By midsummer 1945, Japan had long since lost the war in the Pacific. The people were not told the truth, and neither was the emperor. Japanese generals, admirals, and statesmen knew, but only a handful of leaders were willing to accept defeat. Most were bent on fighting the Allies until the last Japanese soldier died and the last city burned to the ground.

Exhaustively researched and vividly told, The Fall of Japan masterfully chronicles the dramatic events that brought an end to the Pacific War and forced a once-mighty military nation to surrender unconditionally.

From the ferocious fighting on Okinawa to the all-but-impossible mission to drop the 2nd atom bomb, and from Franklin D. Roosevelt’s White House to the Tokyo bunker where tearful Japanese leaders first told the emperor the truth, William Craig captures the pivotal events of the war with spellbinding authority. The Fall of Japan brings to life both celebrated and lesser-known historical figures, including Admiral Takijiro Onishi, the brash commander who drew up the Yamamoto plan for the attack on Pearl Harbor and inspired the death cult of kamikaze pilots., This astonishing account ranks alongside Cornelius Ryan’s The Longest Day and John Toland’s The Rising Sun as a masterpiece of World War II history.