Break Time From The Holidays

This morning, the first thing I did was turn the heater on. Not really something I was planning to do as we head into Summer vacation. Although now I feel like I have been given an extension on getting my Summer body. I keep flipping back and forth between not having enough time and having plenty, so it’s okay to eat the cake and cookies. I am actually on day four of no sugar and alcohol. I usually go off the sugar once I have eaten all of my baby bassets candy, and haven’t quite had the time to go to the store. It’s easy to have self control when it’s not right there in front of you.  It still counts and I will call it a victory. With second Winter here I feel like I was given a second chance. I tell you one thing though. Just because we are having second Winter, there is no way in heck I am doing Christmas again. WE ARE ON A BREAK! 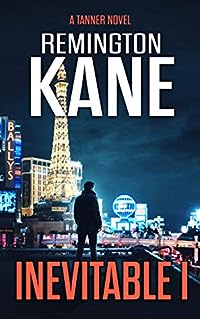 Hired killer Tanner escapes from a Mexican prison and goes in search of revenge against the man who was to be his latest target. 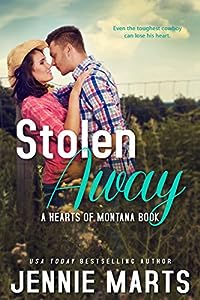 Stolen Away (Hearts of Montana Book 3)
by Jennie Marts

Elusive charmer Cash Walker is a tough-as-nails cowboy, except when it comes to the shy woman who shows up with a pretty smile, a wounded spirit, and a goat riding shotgun in her passenger seat.

Recently divorced from an abusive husband, Emma Frank has come home to Broken Falls, Montana. Lost, alone, and unable to escape the bullying tactics of her ex-brothers-in-law, she finds solace and friendship at the Tucked Away farm and with the handsome cowboy who believes in her and who helps her find her own courage.

There’s a darkness in Cash’s past that’s kept him from ever letting anyone get too close, but he can’t seem to stay away from Emma, who seems to be the one to finally break through his tough exterior and steal this cowboy’s heart. 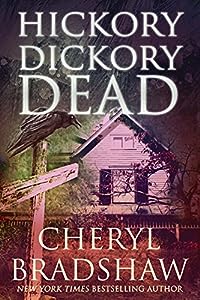 Feisty. Ballsy. Bold… and not your average seventy-year-old woman.

Maisie Fezziwig wakes to a harrowing scream outside. Curious, she rises from bed, walking outside to investigate. The sleepy street is still and calm at first, until Maisie stumbles on a grisly murder that will change her life forever.

If you love a fast-paced mystery with a surprising twist, you’ll enjoy Hickory Dickory Dead, written by a New York Times and USA Today bestselling author. 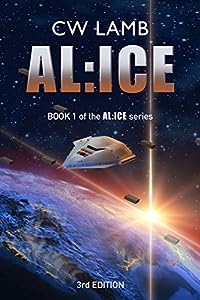 Captain Jacob Thomas USMC is a divorced combat veteran just trying to get his life back on track. Returning to the Marine Corps after a failed attempt at reconciliation with his estranged wife, Jake volunteers for a DARPA experiment that catapults him into a future where humanity has been stripped of 200 years of technological advancements and more than half its population.With the help of a faceless benefactor named Alice, he escapes the confines of an abandoned lab facility and starts a journey to put earth back on a path to recovery. Jake’s path begins in the rich farmlands of central California and eventually places him in orbit and face to face with the very evil that started it all. 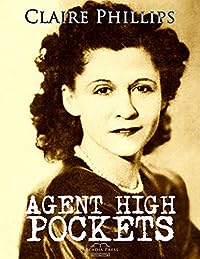 Agent High Pockets is the autobiography of Claire ‘High Pockets’ Phillips, an American entertainer living in Manila in 1941 who becomes an angel of the underground when her husband is killed by the invading Japanese.
Using her popular Tsubuki Nightclub as a headquarters, High Pockets and her staff serve spiked drinks to Japanese officers and seduce military information out of them. During the day, Claire smuggles contraband in her bra (‘high pockets’) past bribed Japanese guards paid to look the other way, into imprisoned American POWs – money, food and clothes – saving countless lives.

“Agent High Pockets” is the autobiography of Claire High Pockets Phillips:
“… to me Claire Phillips is four people:
First, she is a fellow soldier’s widow.
Second, she is “High-Pockets,” the outstanding and resourceful spy operating in Jap-held Manila for over 2 years.
Third, she is a guerrilla officer; determined and able leader and organizer of the Manila underground.
Last, she is “Comadre,” the intensely patriotic, and spiritually strong godmother of ragged, desperate men.”