Carrots Are Born With Hats

It’s time for a peek at the Popular Price Drops! 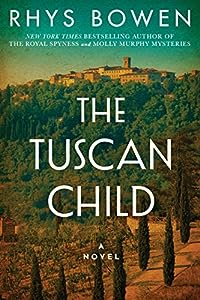 The Tuscan Child
by Rhys Bowen

In 1944, British bomber pilot Hugo Langley parachuted from his stricken plane into the verdant fields of German-occupied Tuscany. Badly wounded, he found refuge in a ruined monastery and in the arms of Sofia Bartoli. But the love that kindled between them was shaken by an irreversible betrayal.

Nearly thirty years later, Hugo’s estranged daughter, Joanna, has returned home to the English countryside to arrange her father’s funeral. Among his personal effects is an unopened letter addressed to Sofia. In it is a startling revelation.

Still dealing with the emotional wounds of her own personal trauma, Joanna embarks on a healing journey to Tuscany to understand her father’s history — and maybe come to understand herself as well. Joanna soon discovers that some would prefer the past be left undisturbed, but she has come too far to let go of her father’s secrets now… 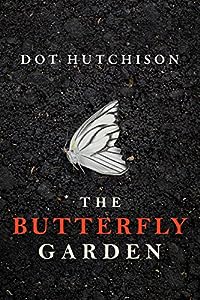 The Butterfly Garden (The Collector Book 1)
by Dot Hutchison

Near an isolated mansion lies a beautiful garden.

In this garden grow luscious flowers, shady trees… and a collection of precious “butterflies” — young women who have been kidnapped and intricately tattooed to resemble their namesakes. Overseeing it all is the Gardener, a brutal, twisted man obsessed with capturing and preserving his lovely specimens.

When the garden is discovered, a survivor is brought in for questioning. FBI agents Victor Hanoverian and Brandon Eddison are tasked with piecing together one of the most stomach-churning cases of their careers. But the girl, known only as Maya, proves to be a puzzle herself.

As her story twists and turns, slowly shedding light on life in the Butterfly Garden, Maya reveals old grudges, new saviors, and horrific tales of a man who’d go to any length to hold beauty captive. But the more she shares, the more the agents have to wonder what she’s still hiding… 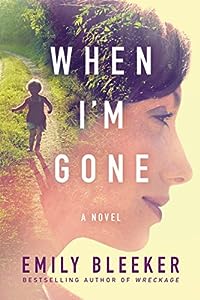 When I’m Gone: A Novel
by Emily Bleeker

Dear Luke,First let me say — I love you… I didn’t want to leave you…

Luke Richardson has returned home after burying Natalie, his beloved wife of sixteen years, ready to face the hard job of raising their three children alone. But there’s something he’s not prepared for — a blue envelope with his name scrawled across the front in Natalie’s handwriting, waiting for him on the floor of their suburban Michigan home.

The letter inside, written on the first day of Natalie’s cancer treatment a year ago, turns out to be the first of many. Luke is convinced they’re genuine, but who is delivering them? As his obsession with the letters grows, Luke uncovers long-buried secrets that make him question everything he knew about his wife and their family. But the revelations also point the way toward a future where love goes on — in written words, in memories, and in the promises it’s never too late to keep. 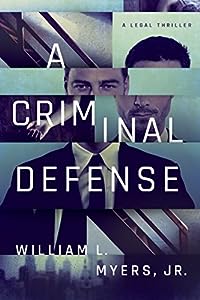 Part 1 of the “Philadelphia Legal” Series
Losing the trial of his life could mean losing everything.
When a young reporter is found dead and a prominent Philadelphia businessman is accused of her murder, Mick McFarland finds himself involved in the case of his life. The defendant, David Hanson, was Mick’s close friend in law school, and the victim, a TV news reporter, had reached out to Mick for legal help only hours before her death.
Mick’s played both sides of Philadelphia’s courtrooms. As a top-shelf defense attorney and former prosecutor, he knows all the tricks of the trade. And he’ll need every one of them to win.
But as the trial progresses, he’s disturbed by developments that confirm his deepest fears. This trial, one that already hits too close to home, may jeopardize his firm, his family–everything. Now Mick’s only way out is to mastermind the most brilliant defense he’s ever spun, one that will cross every legal and moral boundary. 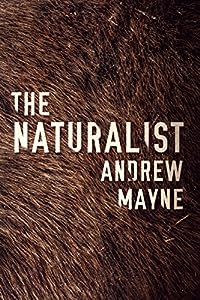 The Naturalist
by Andrew Mayne

Professor Theo Cray is trained to see patterns where others see chaos. So when mutilated bodies found deep in the Montana woods leave the cops searching blindly for clues, Theo sees something they missed. Something unnatural. Something only he can stop.

As a computational biologist, Theo is more familiar with digital code and microbes than the dark arts of forensic sleuthing. But a field trip to Montana suddenly lands him in the middle of an investigation into the bloody killing of one of his former students. As more details, and bodies, come to light, the local cops determine that the killer is either a grizzly gone rogue… or Theo himself. Racing to stay one step ahead of the police, Theo must use his scientific acumen to uncover the killer. Will he be able to become as cunning as the predator he hunts — before he becomes its prey?