I have found the solution to the threat of droughts in California. His name is Casper. This puppy will not stop peeing in the house. I put him outside every 20 minutes, he pees, comes back in after a few minutes, pees in the house. I actually get a little angry when I see him drinking water. I know he is still a puppy, and I need to have a little patience, but I haven’t had a dry floor in years. It feels like years. The pup is only four pounds, yet he pees about eight gallons a day. It’s like a bazaar kind of magic or super power. I am tempted to get the puppy pads out, but he ignored them the last time we used them. This is the part when I say I will never get a puppy again. I know I am lying, but I will say it to feel like I have some control in my life. Yes, this pups peeing has made me feel like I have lost control over my life. My Life… so much pee. 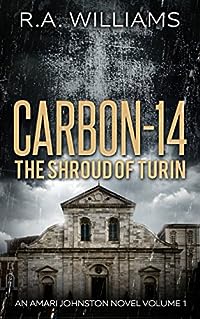 Carbon-14: The Shroud of Turin (An Amari Johnston Novel Book 1)
by R.A. Williams

More than 99 percent of the evidence proves the Shroud of Turin is the authentic burial cloth of Jesus Christ. Only one test says otherwise — the carbon date performed in 1988.
A serial killer with a fetish for fire targets the faithful of Tucson, Arizona. Homicide detective, Pete Johnston, works to catch the killer before more clergy are killed, before more churches are burned.

His daughter, Amari, is a criminal justice major at the University of Arizona. When the Shroud is carbon dated at her university, the results reveal that the relic is a medieval forgery. Amari investigates this ancient cold case file for a class project and makes a shocking discovery that could alter the fate of Christianity.

She teams up with Dr. Kevin Brenner, a brilliant young experimental physicist, and together they gather evidence so they can plead their case to the Vatican — unless the killer can stop them first. Her father desperately tries to protect her and catch the killer before she becomes his next victim.

If Ted Dekker and Christy Barritt collaborated on a mystery/suspense novel, it would read like this. . 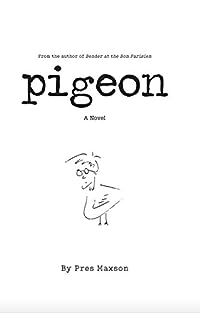 Pigeon: (A Novel)
by Pres Maxson

Luc Martin, a busboy in Paris, finds himself in over his head when he’s tasked with locating the Sir Larabee Waterford Cup, which vanished over 20 years ago from a social club for the ultra-elite. Now, one of the original thieves has just surfaced after having been presumed dead for years. The busboy and his unlikely partner — a reluctant and wealthy club member named Alaina Amandine — must navigate a world of gargantuan egos, exotic pets, and a sport so exclusive that no one outside the club has ever heard of it. 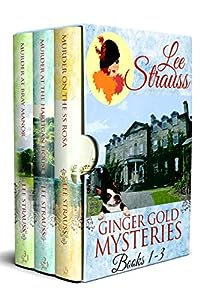 The first 3 books of the acclaimed Ginger Gold Mystery series.

MURDER ON THE SS ROSA

It’s 1923 and young war widow fashionista Ginger Gold makes a cross-Atlantic journey with her companion Haley Higgins to London England to settle her father’s estate. When the ship’s captain is found dead, Ginger is only too happy to lend her assistance to the handsome Chief Inspector Basil Reed.

The SS Rosa delivers a convincing array of suspects – the wife, the mistress, a jealous crew mate. To Ginger’s dismay, her name has been added to the list! With a little help from Ginger’s dog Boss, Ginger and Haley navigate the clues (those wartime operative skills come in handy.) They must solve the case and clear Ginger’s name before they dock–and oh, whatever shall she wear!

There’s a skeleton in the attic!

After a weeklong passage over the Atlantic from Boston to Liverpool, Ginger Gold arrives at her childhood London home–Hartigan House–to find decade-old remains from some poor woman on the floor in the attic. Ginger’s Boston terrier, Boss, noses out a missing phalange from under the bed.

It’s a mystery that once again puts Ginger alongside the handsome Chief Inspector Basil Reed. Who is the victim? And how did she end up in Ginger’s home?

Clues lead Ginger and her good friend Haley Higgins to a soirée hosted in 1913 by Ginger’s late father, George Hartigan. A shadow of suspicion is cast on her father’s legacy, and Ginger isn’t so sure she wants to know the truth about the man she dearly loved.

Ginger decides to host another soirée, inviting the guest list from ten years previous. Before the night is over, another person is dead.

A poltergeist guilty of murder?

Ginger doesn’t believe in ghosts, but is haunted nevertheless by memories of her husband and the lure of his gravesite she just can’t bring herself to visit.

In order to keep Bray Manor afloat financially, Felicia and Ambrosia have opened the estate to the public for club meetings and special events. Knitters, stamp collectors and gardeners converge weekly–targets for the poltergeist that seems to find amusement in hiding small things from their owners.

Bray Manor hosts a dance to raise money for maimed soldiers who struggle with peacetime after the Great War. Felicia invites her flapper friends and her new beau, Captain Smithwick, a man Ginger has met before and definitely doesn’t like.

When the dance ends with the discovery of a body, Ambrosia is certain the poltergeist is to blame, but Ginger is quite sure the murderer is made of flesh and blood. 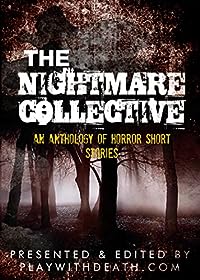 The Nightmare Collective: An Anthology of Horror Short Stories
by Kyle Yadlosky, PlayWithDeath.com

The Nightmare Collective is a curated anthology of horror short stories that’s guaranteed to keep you up at night. With 12 terrifically spine chilling short stories, this anthology contains contributions from some of the best young horror writing talent out there, and was curated by the editors of the PlayWithDeath.com, the premier destination for online horror entertainment. If you’re searching for stories that will frighten you to your very core, look no further. 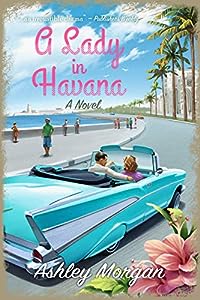 A Lady in Havana
by Ashley Morgan

It’s the late 1950’s in Havana. Flowing Mojitos and hip-shaking Rhumbas rule colorful nightclubs filled with elegantly dressed beautiful people from around the world. Casinos, run by gangsters like Meyer Lansky, and a government on the brink, keep the atmosphere charged.

Enter Dimple Duncan, a proper Southern belle trying to help her husband with the social aspects of landing a business deal with the Batista government. When she meets Roberto, the Latin dreamboat lawyer also helping her husband, things quickly get out of hand – romantically and ethically. And when she meets Fidel her patriotism is tested in a way she never dreamed possible.