Why can cats and dogs be super ugly and we love them, and even make them Instagram stars, but ugly is not okay for humans? Guess who woke up looking like she slept on her face… in a pile of rocks. I had a bit of a rough night worrying about their baby basset going on an overnight field trip to Angel Island State Park. This scary monster right here. They have to take a boat to the Island because it’s an island and apparently they haven’t fixed the problem of Islands being surrounded by water. It’s the sharks I worry about. I have a huge fear of sharks. I can’t complain too much about the shark fear. It’s pretty easy to avoid them.  It would be nice if that was my only fear. I could go through life easily avoiding those human eating beasts and have no problems. My brain, however, will not let me off so easily. I also have a huge fear of clowns. Those guys are everywhere! We have one in our neighborhood. I see him driving by all the time. he looks miserable, which makes him all the more frightening. Can you imagine if I ran into a clown shark? I just Googled “Clown Shark”. I am filled with regret right now. I really shouldn’t have done that. 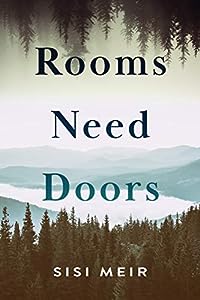 Her decision will change the fate of the entire family.

Tiki and her family left Iraq and immigrated to Israel in order to start a new and better life in the beating heart of the new Jewish state. But life as new immigrants in a new state is hard!

Tiki grows up in a dysfunctional family; her father is violent, her mother is struggling to make ends meet and Sami, her revered big brother, seems lost since they left their homeland.

Sami serves as a role model for her. He takes care of her, helps with her studies, and plays with her. But everything changes dramatically when Sami starts to use his power and exploit the innocent Tiki.

When she gets a unique opportunity to change her fate, Tiki finds out new details about her family that might affect her decision, as well as her life forever. 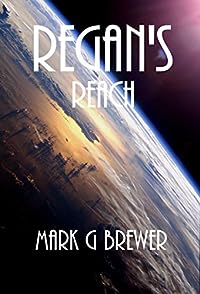 Young Kiwi tech entrepreneur Regan Stein has just sold ten percent of her company for a massive price. The buyer, aerospace and defence giant USDynamics wants a share of Arteis, her new cyber defence system. Plus they’ve picked out Regan as a fresh creative genius and want in on whatever she has planned next.

Washed out from negotiations and cash rich Regan decides to take a break for six months and freshen up her thinking. Tramping off track, at the top of New Zealand’s South Island, she accepts a Satphone appeal for help from an unknown caller. Doing the right thing finds her the rescuer of a comatose man, human but yet strangely alien. Within hours her life has changed.
While in orbit at the mercy of a quirky artificial intelligence and acting as nursemaid to the injured alien she finds out traitorous moves have been made against her company by foreign business powers. Trapped on the ship she is unable to fight back and instead embarks on the journey of a lifetime, assisting the AI to return the man while leaving her trusted team to deal with the attack at home. The two month interstellar journey sees a growing relationship with the AI and a formidable partnership developing. They arrive at their destination in the midst of a political crisis. Meanwhile, at home on earth her team have their own problems. They find themselves collateral damage in a corporate war full of intrigue, murky politics, and betrayal.

Will Regan survive the trip across the galaxy? How will her friends deal with the threats? Will her company survive the attack? And who would want to be in Regan Stein’s sights if she returns at all?

This is classic science fiction, the first part of a series that includes technology, androids, interstellar travel, action, politics and mystery. The series tracks sixteen years in the life of the remarkable Regan Stein and her friends. It will entertain you, challenge you and provoke your thinking on everything from the nature of the human heart to the nature of evil. 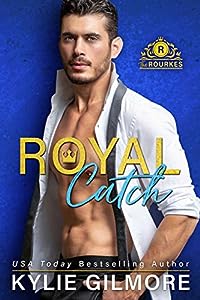 Gabriel
I am the crown prince of Villroy, heir to a kingdom, bound by duty to marry and produce an heir.
I expected a quiet arrangement through royal channels, instead I got a palace full of women vying for my hand. And how do they “win” this barbaric game set up by my crafty mother? By figuring out how to save the kingdom’s faltering economy through a series of challenges. This undignified circus is beneath a man of my stature! Proof being that a saucy, ill-mannered woman wearing body-hugging clothes is in the lead. I could never love someone like that, let alone marry her.

Anna
The plan sounded simple.
I pose as my friend, pick up her inheritance, and return with the cash to keep her out of jail. (Apparently, being a princess in hiding is no excuse for identity theft.) So, yeah, I’m not exactly royal. I’m an orphan, a self-made woman, and proud of it. Suddenly I’m in a battle royale with a bunch of crazy competitive women for “riches beyond our dreams.” I’m in a time crunch, which means I need to win this competition fast. Only, that means winning over the judge; the smoldering hot grim-faced Gabriel. And now I find myself wanting to compete for more than just the money. But could a royal prince ever fall for a commoner like me? 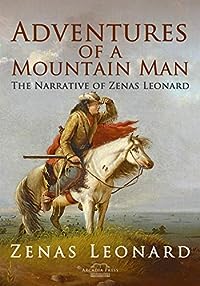 Zenas Leonard (1809 – 1857) was an American mountain man, explorer and trader, best known for his journal Narrative of the Adventures of Zenas Leonard.

Leonard was born in Clearfield County, Pennsylvania. As a young adult, he worked for his uncle in Pittsburgh before moving to St. Louis and working as a clerk for the fur company, Gannt and Blackwell.
In 1831 he went with Gant and Blackwell’s company of about 70 men on a trapping and trading expedition. Living off the land (Leonard reported that “The flesh of the Buffaloe is the wholesomest and most palatable of meat kind”), Leonard and his associates endured great privation while amassing a fortune in furs; the horses died in the harsh winter and the party was at times near starvation. They survived, in part, by trading with Native Americans. Among the more helpful tribal members he reported encountering was a negro who claimed to have been on Lewis & Clark’s expedition, and who may have been the explorer-slave York. In 1835 Leonard returned to Independence, Missouri with enough wealth in furs to establish a store and trading post at Fort Osage. He continued to trade along the river for the rest of his life.
Leonard’s journal was published in book form by D.W. Moore of Clearfield, Pennsylvania in 1839, after being serialized in the Clearfield Republican. It includes many details of the different tribes with which his parties interacted. As it is in the public domain, there are numerous reprints. 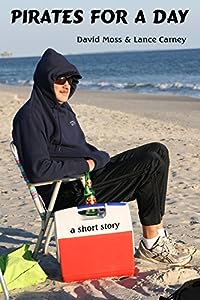 Pirates for a Day
by David Moss, Lance Carney

Winter in Chicago has been particularly brutal this year and it’s only March. An unlikely band of wannabe Buccaneer misfits decide to exchange cabin fever for beach fever and head south. What follows is a comedic quest for warmth, camaraderie, Spiritus Fermenti, golf and self. A short story by David Moss and Lance Carney
About the Authors: Lance Carney is a dedicated professional, family man, civic leader and sophisticated Man About Town. David Moss is a knobby-kneed, ferret-faced hermit.

REBUTTAL: The truth is that David is a creative genius — a truly brilliant word master. Lance is a snaggle-toothed, droning simpleton