I have no clue what is happening in my garden. I haven’t been out there for over a week. This is very unusual for me, since I am usually out there three times a day to see if anything new is growing. It has been raining for a week now, and every time there is a break, and the sun peaks out, as soon as I get my shoes on it starts raining again. I don’t want to sound ungrateful. Those drought years were really tough on a lot of us, but even the snails are asking Mother Nature to ease up a bit. I had a weird “Hunger Games” moment this weekend, when at my brother in laws graduation, our family was the last to get seating indoors. For two hours we stayed dry, while so many were watching the graduation under umbrellas and rain ponchos. I couldn’t see their faces, but they looked miserable. The weatherman said it wont be any different this holiday weekend. Looks like instead of looking for good prices on charcoal for BBQ’ing, we will all be looking for George Foreman grills. 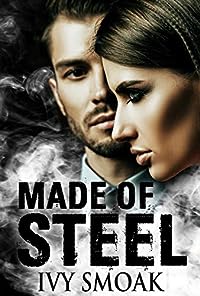 Made of Steel
by Ivy Smoak

The witness protection program has given me the fresh start I’ve always dreamed of. A new home. A new name. A new life. For the first time in ten years it feels like I can breathe again.

But the cost of freedom is more than I bargained for. I put my foster father behind bars. It doesn’t matter that he deserved it. What matters is that he’s powerful, manipulative, and now he wants me dead.

I can feel someone watching me. I know my time is running out. And the only other person who cares if I live or die is a masked stranger. So I’m putting my life in the vigilante’s hands. And maybe a piece of my heart along with it. Even though I’m worried that he’s just as dangerous as the man I sent to prison. 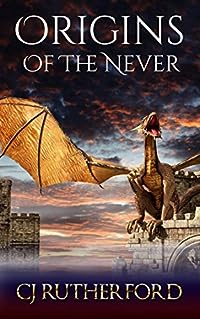 Within the shadow cast by Light, the Darkness grows.

The Never. A universe of peace and plenty. A place where magic weaves its web throughout all reality, banishing conflict, sickness, and hunger.

Teralia. A world where the races live in perfect peace and harmony, and the forces of Light prevail.
But know this; light creates shadow, and within, the ancient enemy stirs, its slumber interrupted by the spark of jealousy. Evil enters an innocent heart, causing a downward spiral into corruption.

The shadow dims the brightest love, twisting it to become the greatest threat in the history of the universe.

As this world, and the font of magic it holds turns to darkness, the Great One, Olumé, faces a desperate choice.

Make the ultimate sacrifice, or allow his brother Tenybris devour all life, everywhere.
Could you decide between life, love, and death… or something infinitely worse?

Origins of the Never is the prequel to the Tales of the Neverwar. Set thousands of years before the series, Read how darkness rises and dragons die, and how magic is banished from the realms. 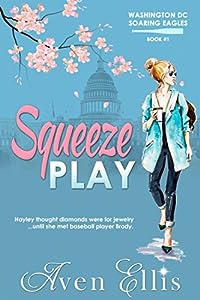 Full of enthusiasm, recent graduate Hayley Carter is thrilled to be working for a non-profit organization in Washington, DC. Having spent a lot of her life in the background due to family circumstances, Hayley is eager to step up and be heard — and bring much needed change to her new organization. With romance on the shelf, it’s time to focus on herself and new career. Armed with a workbook to help her improve on a personal and professional level, Hayley is ready to become a better version of who she already is.

But will a baseball player for the Washington Soaring Eagles challenge her thoughts on not only dating, but the person she thinks she needs to be?

Brody Jensen is the new catcher for the professional team in DC. Baseball is everything to Brody and has been his salvation while growing up. Brody wants to make the most of his full-time shot behind the plate. Which means no serious relationships.

However, when a chance encounter leads him to Hayley, Brody finds himself wanting to know all about the beautiful blonde who has engaged him from the moment he spotted her. Together, they find themselves questioning the ideals they had set for not only relationships, but themselves, too.

When the cherry blossoms bloom in the nation’s capital, Cupid puts a squeeze play on Hayley and Brody. Will they be brave enough to love themselves and each other? Will love be called out? Or will their relationship be safe at home? 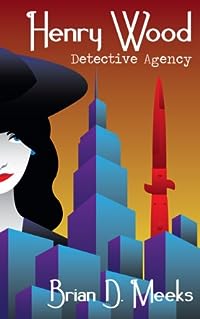 Would this client be the exception?

She walked in, sat down, crossed her legs, and asked for a light. Boy could she cross a leg. Before the woman had told him why she needed a detective, Henry wondered if she was playing him.

It was something about her. The red lips and smoldering eyes were just a little too perfect. She knew how to get her way. And the dress…

She wore a Dior dress that would make an hourglass self-conscious.

Was it the “damsel in distress” act?

This was the second one he’d seen this week.

Something wasn’t adding up.

1955 was going to be an interesting year. 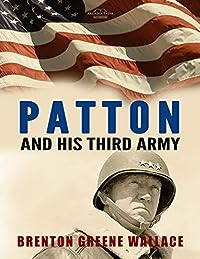 Patton and His Third Army
by Brenton Greene Wallace

In this account of Patton and his Third Army, Wallace places Patton within the context of the army’s operation and day-to-day movements as it roared through France, Luxembourg, and Germany. Wallace, Patton’s former assistant chief of staff, draws his facts from stenographic records of daily staff meetings, and provides insights and details unavailable to other historians.