Luckiest Person On The Plate

I am currently worried about lake monsters. You know what that means!!! We are going camping at the lake this weekend. I love camping season even if I always spend a lot of the time worrying about monsters coming out of the water to eat my baby bassets. I have no clue why I have such a fear of water monsters. That includes sharks, which are awful creatures.  I never had an experience that would cause me to have such a fear. Although there was that one time I was snorkeling with my sister when I was a kid and a huge fish lunged at me from a crevice in the rocks. Come to think of it, it was a pretty big fish, and I do recall screaming at the top of my lungs and swimming as fast as I could to get out of the water. Oh dear. That might have been the start of it.  What’s interesting is now that I am looking back, I realize I spent a lot of time swimming in waters filled with seals. You know… Great White shark’s favorite snack. I am lucky it was only a fishy that jumped at me. I was hanging out on a sharks plate and never encountered one. I’m staying out of the water. I might have used up all my “Get Out Of Being The Sharks Meal” cards. I know what you are thinking. Sharks are not in lakes. I disagree. Sharks are sneaky jerks and could very well go to a lake to get me and my family. So there! 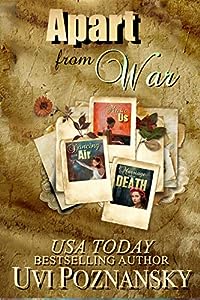 This bundle contains three volumes of the Still Life with Memories series, featuring the love story and adventures of Lenny and Natasha during WWII:

The Music of Us
In 1970, Lenny can no longer deny that his wife is undergoing a profound change. Despite her relatively young age, her mind succumbs to forgetfulness. Now, he goes as far back as the moment he met Natasha during WWII, when he was a wounded warrior and she — a star, brilliant yet illusive. Natasha was a riddle to him then, and to this day, with all the changes she has gone through, she still is.

“Digging into the past, mining its moments, trying to piece them together this way and that, dusting off each memory of Natasha, of how we were, the highs and lows of the music of us, to find out where the problem may have started?”

To their son, Ben, that may seem like an exercise in futility. For Lenny, it is a necessary process of discovery, one that is as tormenting as it is delightful. He often wonders: can we ever understand, truly understand each other — soldier and musician, man and woman, one heart and another? Will we ever again dance together to the same beat? Is there a point where we may still touch?

Dancing with Air
Fooling Nazi espionage may cost Lenny the trust of the girl who captured his heart. Will Natasha discover his secret D-Day reports, disguised as love letters to another woman?
In these letters, Lenny gives the enemy misleading information about allied plans. Once Natasha arrives in London, he takes her for a ride on his Harley throughout England, from the White Cliffs of Dover to a village near an underground ammunition depot in Staffordshire. When he is wounded in a horrific explosion, she brings him back to safety, only to discover the other woman’s letter to him. Will love survive the test of war?

In the past Natasha wrote, with girlish infatuation, “He will be running his fingers down, all the way down to the small of my back, touching his lips to my ear, breathing his name, breathing mine. Here I am, dancing with air.” In years to come, she will begin to lose her memory, which will make Lenny see her as fragile. “I gather her gently into my arms, holding her like a breath.” But right now, she is at her peak. She is ready to take charge of the course of their story.

Marriage before Death
After D-Day, her photograph appears on the most-wanted Nazi propaganda posters. Who is the girl with the red beret? She reminds him of Natasha, but no, that cannot be. Why does Rochelle step into his life when he is lead by SS soldiers to the gallows? At the risk of being found out as a French Resistance fighter, what makes her propose marriage to a condemned man? 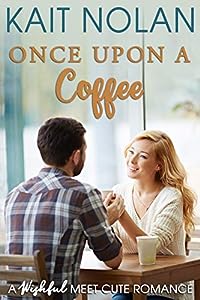 Once Upon A Coffee: A Wishful Meet Cute Romance
by Kait Nolan, The Forge Book Finishers

A blind date and a case of mistaken identity just might lead to love…
After a long series of stinkers, when a respectful match from an online dating site asks to meet Avery Cahill in real life, she agrees. Invoking her favorite romantic comedy, they arrange to meet in a local coffee shop with a flower and a book.

Under a serious deadline to finish a group project for his MBA–solo–the only thing Dillon Lange wants is peace and quiet. When a beautiful stranger sits down in his booth at the coffee shop, he knows he ought to say something about not being who she thinks he is, but he can’t resist her smile or her engaging conversation.

How long can he keep up the charade? And what will happen when her real date shows up? 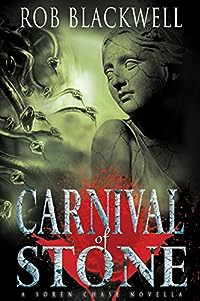 Carnival of Stone: A Novella (The Soren Chase Series)
by Rob Blackwell

Soren must rush to stop a mythical monster that is terrorizing a small town. But can Soren stop it before he becomes the creature’s next victim?

When a small town is under siege from a horrific monster, only one man can help…

Supernatural investigator Soren Chase is having a rough day. He narrowly avoids being murdered by a pair of trigger-happy leprechauns (yes, leprechauns) before taking a case to investigate the disappearance of a graduate student in the mountains of Virginia.

But when Soren arrives in the normally sleepy hamlet of Hilltop, he finds the situation is far worse than he imagined. He’s up against a creature unlike anything he’s encountered before and it will take all his skills–and working with an unlikely ally–to survive.

Carnival of Stone is a stand-alone novella in the Soren Chase series that can be enjoyed by any reader who loves urban fantasy, mystery and suspense. 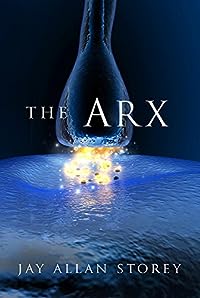 The Arx
by Jay Allan Storey

Ex-Homicide Detective Frank Langer is a broken man – but he’s all that stands in the way of a deadly conspiracy.

Since a mental breakdown put him on medical leave from the squad he was once hand-picked to lead, Frank spends his days drinking and chain-smoking, and his nights waking up screaming from a horrific recurring nightmare.

Until one day, by chance, he stumbles on the monstrous plot to kidnap children.

When he shows up at the squad with his wild story, the guys pat him on the back and tell him to go home. But after the mother of one of the missing children commits suicide, Frank stamps down his demons and, together with the dead woman’s sister Rebecca, plunges into the case.

The clues lead to a shadowy cabal lurking behind one of the richest and most powerful Pharma corporations on the planet. When Frank finally unravels the mystery, the answer is more deadly than he ever imagined, and telling Rebecca would put her life in danger. Soon even she comes to question his sanity.

The world needs to be warned about the treacherous plot. But can Frank stay alive long enough to find someone to buy his story? 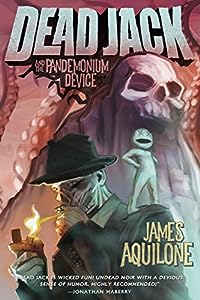 Dead Jack and the Pandemonium Device
by James Aquilone

JACK WOULD DO ANYTHING FOR DUST?MAYBE EVEN SAVE THE WORLD!

Dead Jack and the Pandemonium Device kicks off a wild and irreverent fantasy / horror series following the exploits of a zombie detective and his homunculus frenemy. In the fast-paced novel, the drug-addicted zombie detective and his shapeshifting sidekick battle and outsmart supernatural creatures, from tough-guy leprechauns to sex-obsessed shark women and insane bat gods, in a hellish, alternate New York City of the 1940s.