The Clown Chases You Today

I DID IT!! I used my treadmill for something other than to put stuff on. I was in street clothes when I used it, but at this point whatever it takes is my new moto. I think bribing my baby bassets to keep me going will also be used. They work well when being bribed. “Keep your mom on the treadmill and you can play video games” or “While your mom is on the treadmill she can’t eat your chocolate.” That last one is a lie actually. The thing has four cup holders. I can put a lot of chocolate in those. I would stay on that treadmill all day if it was filled with candy. I will tell you what isn’t helping, is the fact that my baby bassets still have a bunch of Easter Candy. I thought Halloween candy stuck around for too long a time, Easter is WAY worse. How many chocolate bunnies did those boys get??!! I think it’s time to buy the candy off them and throw it in the trash. 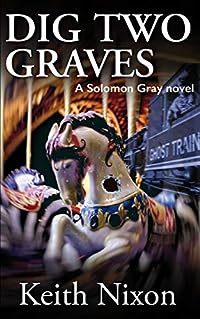 Was it suicide… or murder? Detective Sergeant Solomon Gray is driven to discover the truth. Whatever the personal cost.

When teenager Nick Buckingham tumbles from the fifth floor of an apartment block, Detective Sergeant Solomon Gray answers the call with a sick feeling in his stomach. The victim was just a kid, sixteen years old. And the exact age the detective’s son was, the son Gray has not seen since he went missing at a funfair ten years ago. Each case involving children haunts Gray with the reminder that his son may still be out there – or worse, dead. The seemingly open and shut case of suicide twists into a darker discovery. Buckingham and Gray have never met, so why is Gray’s number on the dead teenager’s mobile phone?

Gray begins to unravel a murky world of abuse, lies, and corruption. And when the body of Reverend David Hill is found shot to death in the vestry of Gray’s old church, Gray wonders how far the depravity stretches and who might be next. Nothing seems connected, and yet there is one common thread: Detective Sergeant Solomon Gray, himself. As the bodies pile up, Gray must face his own demons and his son’s abduction.

Crippled by loss Gray takes the first step on the long road of redemption. But is the killer closer to home than he realised?

Set in the once grand town of Margate in the south of England, the now broken and depressed seaside resort becomes its own character in this dark police suspense thriller, perfect for fans of Ian Rankin, Stuart MacBride, and Peter James.

Dig Two Graves is the first in the Solomon Gray series. Pick it up now to discover whether Gray finds his son in this thrilling new crime series. 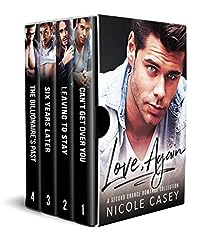 Can’t Get Over You: Malcolm & Blake
I hate her. She’s the most anti-social, stubborn, nerdy pain in the a** I’ve ever met. But she’s also determined, intelligent, and kinda cute… I mean, really cute. No matter how hard I try, I can’t stop thinking about her. Truth be told… I can’t stop wanting her.

Leaving To Stay: Jude & Geneva
I have everything: women, fame, money. But the only thing I need now… is her. I don’t expect to see her again… Yet fate brings us back together. And when she comes back into my life, It’s like no years have passed. I’m addicted again, but this time I’m hooked on her. And then she says something that turns my world upside down… She has two twin babies, and I’m their daddy.

Six Years Later: Draven & Yvette
Six years later, Draven is back, working at the same law firm as me. Sexier than he’s ever been. Provocative, commanding and more intense. One glance at his intense eyes and I become weak. One brush at his arm and I crave his gentle touch… Now he wants me back – and this is where things really get complicated.

The Billionaire’s Past: Damon & Emilia
She is a girl from my past; the girl of my dreams. Now she’s back, with a little boy who looks just like me by her side. She slipped through my fingers before. This time, I’m not willing to let her go.

*Love, Again is a second chance romance collection filled with sexy alpha bad boys and explosive, page-turning chemistry! These second chance stories will make you laugh, cry and have all the feels. They contain no cliffhangers, no cheating and a happily ever after. 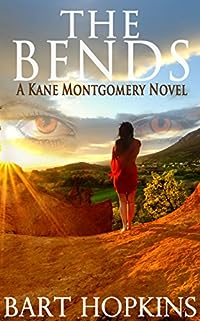 Marathon is a quiet little Texas town, and it’s getting quieter. Kids are vanishing, disappearing like tumbleweeds in the desert wind.

Somebody — or something — is taking them. 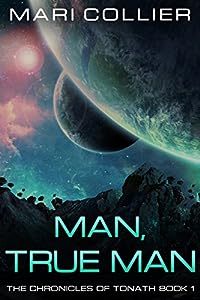 After a spaceship crashes into the planet Tonath, the lone occupant survives and fights his way to the sunlit part of the planet.

When a passing freighter finds him and takes him to the Western Starshift Institute of the Way, he finds the Teacher. Tonath is a planet torn apart by the forces of nature, and only the Teacher can predict the movement of the stars and interpret the prophecies.

But will the Teacher be able to recognize True Man and True Foe in time to save Tonath from a thousand years of burning? 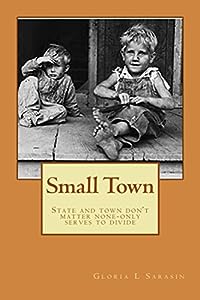 “A lump of coal-taking up space,” is how a fourth-grade nun describes ten-year-old William Chamberlain. Despite his struggle with dyslexia, a precocious and rebellious spirit and labeled dumb, William vows to have money one day; he won’t be poor like his parents.
As he grows into adulthood, nothing, not his lack of education, The Great Depression, World War II, or a bad marriage can deter him from seeking his dream.
William possesses the innocence, naivety, and warmness of heart of a Forest Gump.
This story of William and his family spans nearly three decades.