To Tell A Tale Sooner

Little Casper is now 17 weeks old. I feel like we have been doing the house training thing for over a decade. The other day I had to stop myself from telling my oldest son that he did a good job going pee pee. GOOD BOY! WHOSE A GOOD BOY?? We got Junebug when she was 14 weeks old, and I remember it took months and months to train her. It took so long I was certain it would never happen. Now she is the master of holding it. She hates going outside when it is cold or raining, so now she has mastered not going. This doesn’t work for me. She was supposed to help me train Casper. It’s in the contract! I give her food and treats, she helps me train the puppy. The least she could do is give me a sign that the pup needs to go out. He is learning to give me signals, and that’s cool. He just needs to give me a sign a little sooner than two seconds before he goes on the floor. Just like my baby bassets when they were little, they play and play, then realize they should have gone pee five minutes sooner. ERG!! 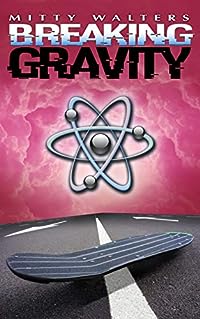 It was just a hoverboard. Nobody was supposed to die.

Dale Adams has worked hard to leave his troubled past behind for a brighter future at Emory University. But when he makes a discovery that will change humanity forever, avoiding the spotlight becomes the least of his concerns.

Small experiments have attracted big attention. And not all who notice want Dale to be successful. Or even alive.

As Dale’s world collapses around him, his fate intertwines with that of a girl he hardly knows. Their only hope for survival is to disappear into Atlanta’s seedy underbelly, the very place Dale has tried so hard to leave behind. Time is running out, but if they can survive long enough science will be rewritten by the most unlikely of authors. 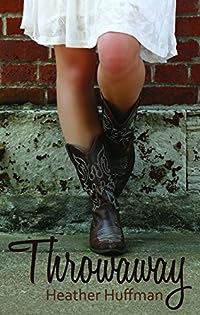 Sometimes life gives you a second chance when you least expect it. Jessie Jones has been under pimp Spence’s thumb for fourteen years when undercover cop Gabe walks into her life and offers her something she’s never had before: love, a future, and a home. But even if Jessie could walk away from Spence, there are darker forces of evil who won’t let her go that easily. In this romantic suspense, author Heather Huffman delivers an adventure from the vibrant streets of St. Louis to the caves of the Ozarks as Jessie discovers whether she can love another, whether she can love herself, and whether any of it is enough. 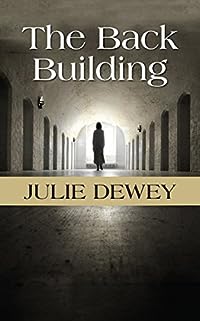 The Back Building
by Julie Dewey

Iona Mueller arrives alone at the Willard Asylum for the Insane in this epic tale that spans a century. Through the Mueller family we take a deep look at what it means to be mentally ill in the year 1915 and in the present day.

By the time she reached fifteen years old, Iona had failed to become a “proper young lady” which profoundly concerned her parents. Her one and only friend, Hetty, the family maid, warned her not to disobey them but Iona couldn’t help herself. Iona’s quirk of counting steps may have been overlooked but when her mother and father learned of her exploits in the woods near her home in Ithaca, New York, she was taken to the town doctor. The doctor took one look at her self-cut short, mangled hair, learned of her bizarre behavior, and declared her insane.

At Willard Asylum on Seneca Lake there were plenty of activities to occupy her, including the job she procured working in the barn. Besides, she knew she was not anything like the crazy patients that banged their heads against the cinder walls until they bled or ran naked through the hallways. She was disobedient, that was true, and she would change. If only her parents would accept her correspondence and allow her to return home.

Iona’s new roommate, Cat, made every night a fight for survival. When Iona was caught trying to run away she was sent to the second ward, where her fate was sealed. Subject to tranquilizers and hydrotherapy, ice baths and physical beatings, Iona had only one thing on her mind. She had to stay away from the back building. Once you were placed there you were never seen again.

Iona met James at the institution’s barn. His kindness made the deprivation more bearable. He recognized that the violet hollows beneath her eyes, the bruises on her arms, and her apparent unraveling were the effect of the second ward. A plan was put into place, one that would remove Iona from harm’s way permanently.

In present day, it is Jenna, a young relative of Iona’s, who is plagued with mental illness. Jenna’s odd behaviors, bizarre language, and confusion disrupt her once perfectly normal life. Jenna’s family members trace their roots back to Iona in hopes of understanding their predisposition to mental illness. The journey leads them to an amazing discovery of the suitcases left behind by hundreds of patients at the Willard Asylum. 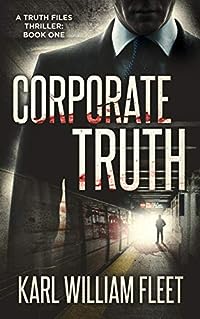 From award winning writer, Karl William Fleet, Corporate Truth is a gripping thrill ride through the mind of a murderous sociopath that leaves you wanting more. Go deeper and darker than you have ever gone before, if you dare.

From inside his high-rise office, ruthless sociopath Justin Truth surveys his panoramic view of New York City.
This is his city. His country. His America.
Justin is on a mission to conquer the corporate giant, Soda-Cola. He will threaten, backstab, manipulate, blackmail, sabotage, and cut the throat of anyone who gets in his way.
And it’s all going to his cold, calculating plan — or is it?
As his thirst for power within Soda-Cola grows, his darker side grows even darker, thrusting Justin high into the ranks of America’s most dangerous and prolific serial killers.

One detective stumbles onto the truth, however. Detective Ross Smith finds Justin’s trail of murders — murders painstakingly disguised as accidental deaths. But can an aging detective more consumed with doing what’s right than playing internal politics bring down a high-functioning, murderous, corporate sociopath?

As Ross gets closer to the truth, he’s faced with a choice: put his badge, family, and life on the line, or further his career by following orders.

Will the truth come out before it’s too late — for everyone?

You always save the best lies for yourself.
Something is going on in the newly renovated Amador Hotel. The Paranormal Posse is called in to either debunk the haunting or get rid of the ghost that’s causing the problems. The surprise arrival of a teenage son,throws the paranormal investigation into chaos. Whatever is haunting the Amador Hotel has its sights set on becoming human again no matter what the cost.