With the warm weather we are having the attic is getting pretty hot. We all know what that means…. TIME TO CLEAN THE ATTIC!! When it gets really hot and stuffy, I like to go up there for a few hours and clear stuff out. When I come back down I weigh myself, feel great and go out for ice cream with no guilt. Stupid?? Nope. Ice Cream is never stupid. I just asked my youngest if he wants me to keep all the certificates he has received over the years for academic achievement or sports. He answered pretty quick with a big fat no. He didn’t even hesitate. Looking back on that one certificate I got in grammar school, I can honestly say I don’t want it either. I don’t have it, but if my mom did, I don’t want it. So is it okay for me to throw out the bazillion certificates my boys have gotten over the years? They have a bunch. I’m not sure if my kids are geniuses, or people just hand these things out willy nilly these days. Seriously, I have maybe one…maybe. OH MY GOSH! Was I the dumb kid? I don’t think I was. Maybe back in my day they just didn’t hand awards out as easily. I am going to go with that theory rather than the I’m dumb theory. Who is gonna check, right?

Sometimes rotten luck is better than no luck at all.

Jinxed from birth with mystifying bad luck, Murphy Drummer hasn’t ventured beyond the safety of his backyard since he was a little boy. To remedy his loneliness, he became the master of a thousand hobbies and as amazing as his crazy luck.

When events demand that Murphy go in search of a new, luck-free sanctuary to spare the world from his puzzling disorder, his relentless whammy plows a riotous path of mayhem and miracles straight to Joy Daley–an incurable optimist who never forgot to thank her lucky stars. The comical, topsy-turvy effects from the collision of Lady Luck and Murphy’s jinx whimsically upends the lives of everyone in their orbit.

At first, Murphy’s victims question who he is–at last, they’ll be questioning who they aren’t.

If you like a fresh, feel-good story with lots of laughs and a dollop of mystery on top, then you’ll love Benjamin Laskin’s riotous novel. 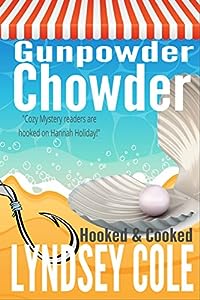 Hannah Holiday is new to Hooks Harbor, Maine. With the inheritance of her Great Aunt Caroline’s café and cottages, she faces a challenge of turning it into a modern business. A challenge she is ready for — until a body turns up in an unexpected place.

With her own insecurities rising when she becomes a suspect, Hannah must decide who in Hooks Harbor she can trust, and who is really out to get her — Her elderly neighbor? The handsome carpenter? A former employee of the café?

Hannah’s life — and reputation — depends on her ability to make quick decisions. Will she get herself out of this nightmare and get her business moving forward before time runs out?

If you love a good culinary cozy mystery, grab Gunpowder Chowder and get hooked on Hannah Holiday’s adventures. 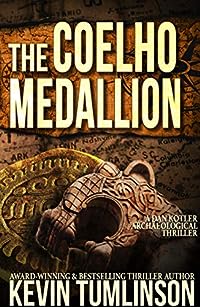 An ancient medallion is unearthed in Pueblo, Colorado, revealing a secret that will rewrite the history of North America — the Vikings somehow made it to the continent’s interior, centuries before Columbus made landfall, and there they built a city of gold.

But today the COELHO MEDALLION has been stolen, and a linguist and researcher has been abducted in connection with the crime. Could the abductors be after the fabled city of gold? Or do they have a more sinister plot in mind?

DAN KOTLER is an independent researcher who often finds himself in more trouble than he was expecting. But when his colleague is abducted he finds himself being investigated by the FBI, he must use all of his brilliance and expertise to find her and absolve himself.

ANWAR ADHAM has plans for a terrorist action on U.S. soil, and information from the Pueblo research site can give him everything he needs to put his plans in motion. Unless Adham is stopped, thousands and possibly millions will die.

Whoever wins this contest of wits and wills will hold the fate of thousands in his hands, and will also lay claim to the fabled city of gold.

It’s an adventure that can redefine the history of America as we know it. Kotler finds himself facing off against both the FBI and Adham’s terrorist network as he struggles to solve the mystery of Vikings in Colorado, to rescue Evelyn and stop Adham’s plans before it’s too late. 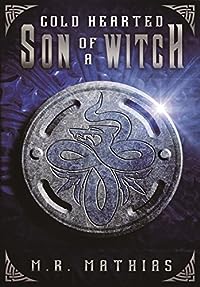 Zahrellion, Rikky, and their dragons, embark on a quest to find the special mushrooms Mysterian needs to save Prince Richard from Gravelbone’s poison.

Meanwhile, Jenka and his loveable dragon, Jade, escort the King’s Rangers back to Kingsmen’s Keep. When Jenka and the half-elvish mute, Lemmy, find a map at the Temple of Dou, they follow it and find more trouble than they bargained for.

Ultimately, the five Dragoneers come together as they are forced to stand and face a terrible threat that is only just revealing itself… Hold on to your Dragon! 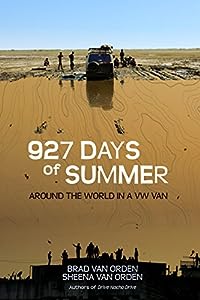 In their book Drive Nacho Drive, Brad and Sheena Van Orden traded the American Dream for the open road, and set off in their temperamental 1984 VW van named “Nacho.” After thirteen months of humorous and sometimes demoralizing misadventures along the Pan-American Highway, our intrepid subjects eventually arrived at the southernmost town in the world in Tierra del Fuego. This is where 927 Days of Summer picks up the trail. After shipping Nacho from Argentina to Malaysia on a container ship, Brad and Sheena resume their journey, this time with the ambitious goal of driving all the way around the world. When they roll out of the shipping container onto Malaysian soil, their odometer turns over 300,000 miles. Is Nacho really up for the brutal journey ahead?This hilarious, and often harrowing tale follows them through the sweltering jungles of Southeast Asia, the buzzing hornet’s nest of India, into the remote Nepalese Himalayas, through the stony hills of Anatolia to the Sahara Desert in Africa, through Europe and beyond. Whether dodging rickshaws on crater-filled roads, defying Maoist rebels on cliff-hanging Himalayan tracks, getting hopelessly stuck in the desert on the Pakistani border, or becoming the subjects of an international missing persons case in the remote mountains of Laos, there is never a dull moment in 927 Days of Summer. Come along as a diverse cast of characters guides our subjects through a world of unfolding landscapes and cultures on the road trip to end all road trips, and then ask yourself: can you really just go home, unpack, and eat a sandwich?