I was so confused. The news heading read, “Target Computer Outage Leaves 1000’s of Frustrated Shoppers Stranded At Checkout Lines.” Why couldn’t they leave? The people who weren’t in line to purchase, couldn’t have help guide the people who were in line out? Seems kinda rude. DID I MISS A FANTASTIC SALE!!??? I missed out, didn’t I? If we are talking thousands, was that one store or multiple stores? If it was one store, I should have gone, so I can say hi to all my friends in one afternoon. That would have been kinda nice and convenient. I bet I would have seen friends I hadn’t heard from in years. If there were a thousand people in one store I surely would have seen people I know. What if I didn’t? What if I went and I didn’t know anyone? Does that mean I have no friends? I don’t think I could have handled that kind of realization. My heart would have been broken. Glad I didn’t go. I would have been stranded with a broken heart. 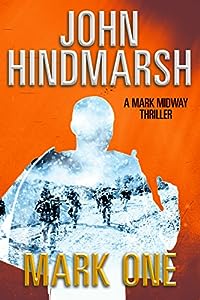 Mark Midway will kill to survive…

He is genetically engineered. He doesn’t know by whom, where, or why.

Nine men, ex-military, are on a mission to destroy a genetics laboratory and capture a genetically engineered specimen. They are supported by four rogue CIA agents, who have commandeered a test drone and a missile at a Marine base. The team attacks the genetics laboratory complex before dawn, during a raging blizzard. Within hours, seven of the men are dead, one is severely wounded and one barely escapes. The drone with its missile has been destroyed. The next morning the four rogue agents are found dead from carbon monoxide poisoning. Mark flees the laboratory complex, seeking safety and somewhere he can call home.

The FBI is on his case and a mysterious organization offers him its assistance. However, he is at risk. There are unknown killers chasing him and he needs to protect himself and his friends. 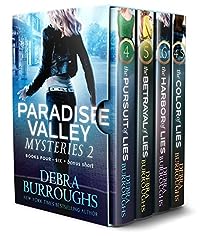 If you like your sleuths feisty, fun, and female, you’ll love private-eye Emily Parker!

Smart and sassy Emily Parker is a private investigator in the affluent small town of Paradise Valley. While her sleuthing business is growing, so is her romantic relationship with the town’s handsome police detective, Colin Andrews.

With the help of her close circle of friends and her sexy cop boyfriend, Emily takes on one case after another, with Colin trying to convince her to stop throwing herself into the path of danger and marry him.

Working hazardous cases, sometimes together, sometimes on opposite sides, can Colin finally get Emily to the alter unscathed?

>>> Scroll up and grab this box set of captivating romantic mysteries!

OTHER BOOKS by New York Times bestselling author Debra Burroughs…
Paradise Valley Mysteries Boxed Set #1, includes Books 1 – 3: The Scent of Lies, The Heart of Lies, The Chain of Lies, and a Bonus Short Story, The Edge of Lies.

The Lake House Secret, a Jenessa Jones Mystery: Book 1, With her life going from bad to worse, reporter Jenessa Jones is drawn back to her small hometown by a homicide investigation that ends up pointing the finger at someone she loves.

The Stone House Secret, a Jenessa Jones Mystery: Book 2, Reporter Jenessa Jones is knee deep in a scandalous murder investigation when her police detective boyfriend’s ex-wife comes back to town and throws a monkey wrench into their budding romance.

The Boat House Secret, a Jenessa Jones Mystery: Book 3, Caught between her old flame and her new love, reporter Jenessa Jones must do some fancy footwork to stop a murderer who is set on killing her to kill the story she’s chasing.

The Gate House Secret, a Jenessa Jones Mystery: Book 4, Jenessa’s nemesis digs up a long-buried secret and threatens to expose it. She is soon rocked to the core by a scandalous murder that threatens everything she holds dear. 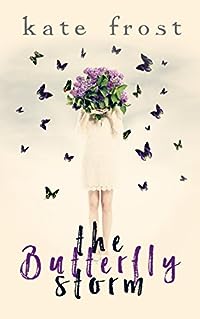 Sophie Keech has it all. A new life in Greece with a handsome man enables Sophie to leave her mundane job and her estranged mum. But four years on, a domineering mother-in-law to be and the reality of living in Greece not being what Sophie imagined, strains her relationship with Alekos.

When her mum is involved in an accident, Sophie jumps at the chance to escape. Time to reassess her life and make amends is sorely needed. Yet an attraction to a good looking and newly divorced man, and a shock discovery, complicates things.

Can Sophie and Alekos’ love survive the distance?

The Butterfly Storm is Kate Frost’s bestselling novel, and the first in the series. Set in sunny Greece and on the wild beauty of the north Norfolk coast, it’s a story about family, forgiveness, expectations, moving on, and love. Download it today to be swept up in Sophie’s life! 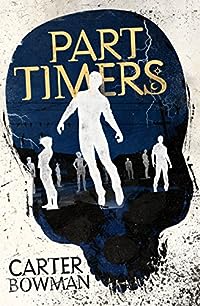 What Could Be Worse Than Losing Your Life?

A guarded man who carries his secrets past the grave.

A young woman, forgotten by a world that never wanted her.

A boy who cannot remember how he died.

Joel Bluewater has been found guilty of suicide, held captive by morally esoteric angels that guard the afterlife. To pay off the debt of his misspent life, Joel must join the Part-Timers, souls forced to help others move on in exchange for the money they need in a post-mortal limbo.

But danger follows the dead, and there are many things worse to lose than one’s flesh and blood. Joel will have to prove his innocence if he is to escape this supernatural purgatory, but the clock is ticking. Madness awaits souls who lose their way, and what was once lost may come back with a vengeance. 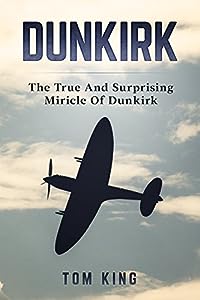 Dunkirk: The True And Surprising Miracle Of Dunkirk
by Tom King

May 1940 – Germany advanced into France, trapping Allied troops on the beaches of Dunkirk. Under air and ground cover from British and French forces, troops were slowly and methodically evacuated from the beach using every serviceable naval and civilian vessel that could be found. At the end of this heroic mission, 330,000 French, British, Belgian and Dutch soldiers were safely evacuated.