Howdy! No time to chit chat..I have GONE FISHING!! I did leave these fresh freebies for ya though. Enjoy! 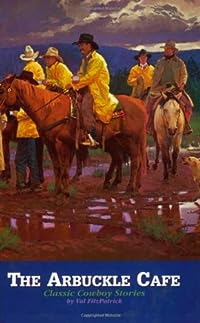 Anytime a cowpuncher brewed a cup of java, the “Arbuckle Cafe” was open for business. Rain or shine, both friend and stranger were welcome to a hot steaming cup of coffee and a good story or two. Arbuckle’s Ariosa coffee was the preferred drink of the range, and many a waddie warmed himself with the buckaroo brew before a long night guard with the dogies. Val FitzPatrick was a cowboy with the famous Two Bar outfit in northwest Colorado. “The Arbuckle Cafe” tells what it was really like to be a cowpuncher on one of the West’s last frontiers.

With the coming of the railroads, the American cowboy’s job changed drastically, as the great trail herds became a thing of the past. Many cowboys faded into history, but some discovered “the last frontier,” a place in northwest Colorado and northeast Utah that still prized their skills. Ora Haley, owner of the vast Two-Bar Ranch and Cattle Company, was the last of the Cattle Kings, and this was his domain.

Val FitzPatrick’s family homesteaded in this region, and Val became a rider for the Two-Bar at the age of 14. In later years, Val wrote many accounts of his life, and “The Arbuckle Cafe” is a collection of the best of his stories, all classic and authentic insights of what life on the range was really like. These stories are entertaining glimpses into lives as honest as a well-looped riata, lives that vacillated between adventure and boredom, the lives of the real cowpunchers. 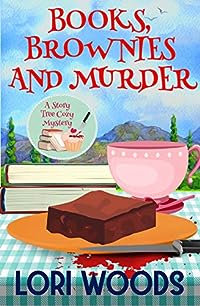 Everyone in Valley Springs knows that the brownies at Story Tree are to die for, so why are they so surprised when it turns out to be true?

Clary St. James is content with her life in Valley Springs and her flourishing bookstore. She’s content, not bored. And if she keeps repeating that to herself, one day it might just be true. Everything changes one snowy afternoon when a handsome stranger takes up residence next door. Tall, dark, handsome, and arrogant, he rolls into town like he owns the place. Before she can complain too much, Valley Springs is rocked by an unexpected murder of a local man.

All eyes turn to Clary’s bookstore cafe when it’s revealed that lethal brownies were the murder weapon. The once revered brownies become an object of suspicion, and Clary is forced to defend her talented chef and friend, Marie. It’s a race against the clock as the evidence keeps mounting, and secrets come to light.

Death by Chocolate was supposed to be a marketing scheme, not a promise. Will Clary find the truth? Is her faith in her chef misplaced? And what’s happening next door? 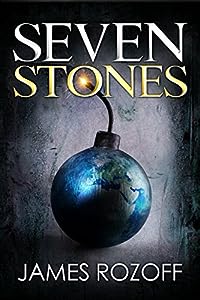 Doug Slattery is a young magician determined to give Houdini a run for his money. To this end he visits a mysterious old magician, known only by his stage name Ashavan. The older man is willing to share his secrets in return for Doug’s assistance, a new secret for each item Doug is able to acquire for him. But Doug soon realizes the deal is more than he bargained for. Indeed, even Ashavan learns that he has taken on more than he realized. But gears have been set in motion that cannot now be stopped, and there seems to be no better option than to finish what they started. Now they are in a race against time and across continents to find seven stones that Doug can’t help thinking would be better off buried. 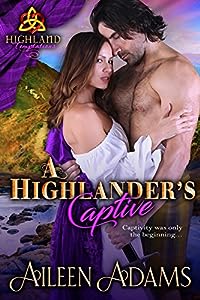 Rufus should be relieved, he’s no longer responsible for any of it. He can walk away from their ancestral lands. He’s not sure if he wants to.

Davina MacFarland never claimed she was an angel. She certainly isn’t a common thief, even though she’s related to one, now that her brother took Rufus McIntosh’s lands. She shouldn’t have been involved. She really shouldn’t. But now there’s been a scuffle and she’s the captive of that damned Rufus MacIntosh. But she can hold her own. Or can she? 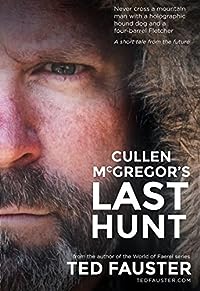 Never cross a mountain man with a holographic hound dog and a four-barrel Fletcher.

The Big One came and went. There’s not much left. Cullen McGregor struggles to exist in the war-torn fallout of a United States of America turned on its ear. Set against the backdrop of the West Virginia hills and hollows, this chilling short tale follows along as the fearless mountain man turned rogue tidies up some unfinished business.

A must-read for readers of dystopian science fantasy adventure!