No Problem. I Got This

At work yesterday I played a dangerous game of “No Problem. I got this.” I needed to move three dining tables, and two book shelves from two different locations to one. “No problem!” I said, “I got this!” So off I went loading and unloading my mini van. By the afternoon I was done and decided I should do a little gardening to spruce up the backyard for my in-laws visit on Friday. No problem. I got this. So I pulled weeds, trimmed trees, planted a few little gems I had bought at a cute little nursery over the weekend, and moved a few garden decorations around. I took a step back and admired the garden. It looked fantastic. I KNEW I COULD DI IT!! Then I sat down. No issues there, all was good. I sipped some water and took a second to relax. Then I had an idea. That one little plant sure would look cute on the other side of the yard. I tried to get up. Nope….my body said no. Have you ever argued with your body? Strange conversation it is. Your brain may think it’s in control, but in reality, once the body decides it’s not going to do something, the brain loses the battle quick. Thankfully hubby moved me to the couch and after a few hours, he moved me to bed. I am a bit slow this morning, but that garage ain’t gonna clean itself!! I Got THIS!!! 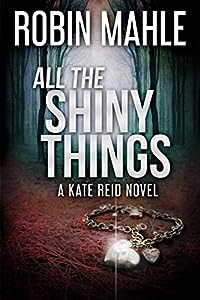 A young woman with a good job and a good life, until she discovers it was all a lie. Now, her desperate search for the truth begins and it will change her forever.

A past revealed. A vengeance unleashed.

Compelled to dig into a past no one wants to relive, Katie soon turns to Detective Marshall Avery. He is the only one willing to give her the resources she needs to find answers, but those answers could come at a steep price. When her search breathes new life into an old monster — one who has left a trail of innocent blood in his wake — it is too late to turn back.

The monster is again unleashed and the FBI must be called upon. Special Agent Nick Scarborough finds himself entangled in a decades-old investigation that has now placed Katie’s life in great danger.

Katie’s desire for retribution has already cost her dearly. So when the tables are turned, will Detective Avery be able to keep her from going too far? 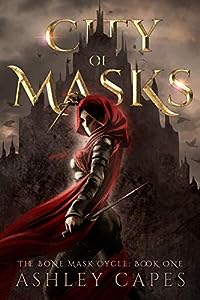 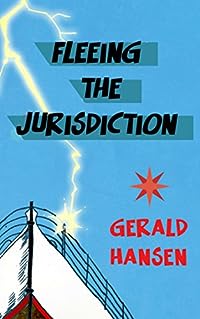 PLEASE NOTE: Although this book is part of the DERRY WOMEN SERIES, there is no cliffhanger. It is true that the characters get older as the series progresses, but each book is a complete story, and can be enjoyed without having read the previous book.

It’s danger on the high seas for the Barnetts, but will it come from the authorities, Mother Nature or family Flood?

In Wisconsin six years ago, Ursula Barnett accidentally committed a shocking crime. The statute of limitations is inching closer, and the police are circling in. Panicked, Ursula books herself and her American family passage on a budget centennial Titanic cruise, hoping to ride out the investigation and embark a woman redeemed.

But lurking amongst the leaky walls of the Queen of Crabs is a danger worse than disgruntled, poorly-paid staff, bad food and terrifying onshore excursions: her Irish family, still resentful of the Barnett’s lottery win years earlier. Sister-in-law Fionnuala Flood, knowing Ursula is a sitting duck for the next twelve days, rallies the family to retaliate, stopping at nothing to drag lady of leisure Ursula back down into the gutter that is their own life. The Queen of Crabs, though, is not Derry, Northern Ireland, but an alien battlefield, where the Barnetts and Floods find more enemies lurking outside the family than within.

Fleeing The Jurisdiction is equal parts Titanic, Love Boat and Voyage of the Damned, a darkly comic story of family relationships, the politics of envy and, perhaps, some personal redemption. 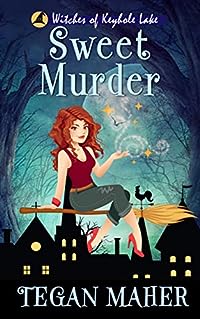 What’s a witch to do when the meanest man in the county drops dead in his coleslaw during her shift at the local barbecue joint? Noelle does what any good Southern girl would do: she flicks a wrist to clean up the mess, then thanks the stars for doing the world a favor. She should have known nothing’s that easy.

The Magical Oversight Committee is on her back because she can’t keep her unruly little sister in line and the hunky new city-slicker sheriff would like to take her to dinner, except he suspects her of murder. To top it off, her cursed miniature donkey is being particularly calamitous and the old hens at the local beauty parlor are laying bets on her love life.

A skydiving best friend and a bossy, living-impaired aunt become the least of her worries when the killer decides to bump up the plan by bumping her off. Can she figure it out in time to save all that she holds dear, or will Noelle be next on the list of folks who’ve turned up dead?

If you like laugh-out-loud southern wit, magic, and murder, you’ll fall in love with this witchy cozy mystery series! 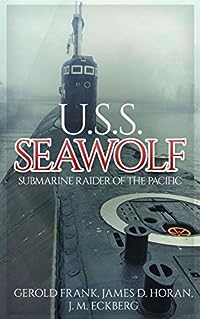 U.S.S. Seawolf: Submarine Raider of the Pacific is the famous first-hand account of the legendary U.S. Navy submarine Seawolf a.k.a. the Wolf which patrolled the Pacific during World War 2 and had over a dozen confirmed enemy sinkings. Shoving off the day of the Pearl Harbor attack, Chief Radioman J. (Joseph) M. (Melvin) Eckberg takes the reader on a tense and dramatic journey during his initial 24-month stint aboard the Seawolf and beyond.