The Gods Are Here

A fun and riveting young adult fantasy romance for the ages! Enjoy! 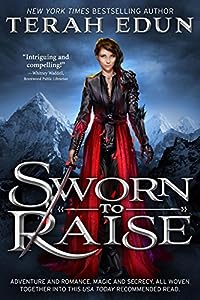 Orphan Ciardis infiltrates the palace and competes to become Prince Sebastian’s Companion — but with danger around every corner she will have to fight an imposter emperor and unite her people all while falling for him. Check out the series that is the Selection meets Game of Thrones today!

Seventeen-year-old Ciardis Vane grew up in a small village on the edge of the realm.Beautiful, destitute, and desperate she is looking to get out anyway she can. She has worked her whole life as a laundress with no hope of escaping her fate anytime soon.

But then her life changes when a strange woman appears with the key to Ciardis’s escape. With an offer to take her to the capital and a life she’d never dreamed of, it’s hard to resist. There’s only one catch.

She wants Ciardis to become a companion: she’ll be required to wear expensive dresses, learn to conduct suitable magic, educate herselfoncourt proclivities, and – in the end – chain herself to the highestbidder. A Patron for life.

Ciardis knows that this is her one opportunity to change her life.

But what she does not know is that she will soon be at the heart of intrigues and power struggles, and that her new life in luxury demands a high price, perhaps even the life of a prince. 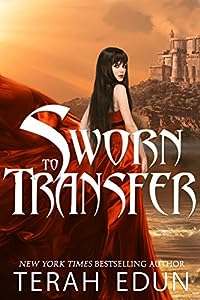 Eighteen-year-old companion trainee Ciardis Weathervane has won the friendship of the royal heir and saved his claim to the throne. Yet her interference in the inheritance rights leaves more harm done than good. With the death of the Princess Heir, the Ameles forest – the home of the kith, is dying.

The inhabitants of the forest, magic-wielding non-humans,are defiant. They have not forgotten their long struggles nor are they content to watch as the last of their lands perish. As humans begin to die in gruesome deaths, the Emperor dispatches the royal heir to the forests with the solution to the kith concerns.

With enemies closing ranks in Sandrin, Ciardis can little afford to leave the city’s nest of vipers to take on a new task. But she’s given no choice when her loyalty to the crown and courts are called into question.

To keep the Companions’ Guild happy and the favor of the Imperial Court, Ciardis will be tested in frightening new ways, especially when she’s faced with an obstacle that could risk the lives of her friends and the family she never thought she had. 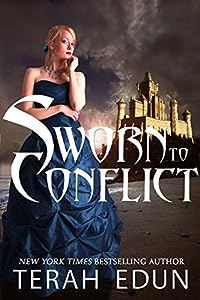 Ciardis Weathervane fought for the living dead and won. But worse than taking on a mass murderer, was her discovery that she had been deceived by her friends. Now she needs to not only fight a war in the North and survive, but also decide where she stands in the midst of competing sides.

A threat to all she holds dear lies in the North and her heart is not the only thing she might lose. A massive army awaits in the mountain pass,surging closer to the gates of the southern lands. Nothing the Algardis army has done so far has dissuaded their march forward and Ciardis finds out that her powers to enhance are needed now more than ever.

As she faces her greatest fears on the battlefields and her heart is torn between her love of Sebastian and loyalty to her family, Ciardis must choose her fate carefully. For in her path, lies the destiny of the empire. 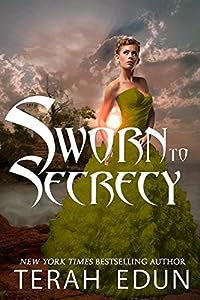 In the heart of the Imperial Court, Ciardis Weathervane knows that death is coming for the empire. With her friends by her side and the new triad of Weathervanes, she’s in a race against time to convince the court of the same.

She must do her best to unite kith, mages, nobles and merchants under one cause – the fight to prevent a war. Soon she is forced to keep a secret that could exonerate her mother of the Empress’s death, and is always one move away from stepping into diplomatic chaos.

Throw in a daemoni prince who is showing interest in the youngest Weathervane, a jealous prince heir, and a irritated dragon with her own designs on Ciardis, and you have an imperial court in turmoil. 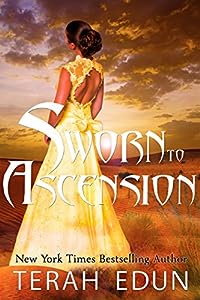 Ciardis Weathervane is officially engaged to one man and bonded to a second. She should be planning the wedding ceremony, bearding the nobles of the imperial court in their dens, and exposing an imposter emperor. Instead she’s spending her engagement on the lawless road to the western lands.

Now with the help of a guide from a tribe of seers, Ciardis is traveling to the ancient city of Kifar. Rumored to hold the only device capable of stopping the blutgott, Ciardis, Sebastian and Thanar must break a half-century’s old quarantine in order to enter the fabled city.

But the collar of Diamis is not the only thing they seek. The princess heir’s pet wyvern lurks in wait for them and the emperor, who has done everything short of challenging the new triad of Algardis outright, wants its head on a platter upon their return.

If the unscrupulous bandits don’t make short work of them, Ciardis knows that when they return she and Sebastian will have to a face and unmask the man who has stolen the imperial throne. The only question that remains… will that be before or after they’re forced to battle a god? 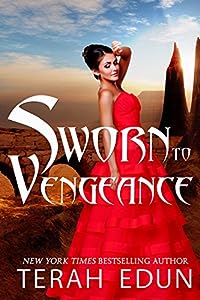 Ciardis Weathervane is nothing if not resourceful but she and her friends are running out of time and options. They stand at the westernmost edge of the Algardis Empire with a mission from their emperor – bring home the collar that will stop a god in its tracks or die trying.

But nothing is ever that simple. In their way stands thousands of people trapped inside a walled city for half a century. With the bodies of the living and the souls of the damned, the denizens of Kifar have become the living undead.

What’s worse than confronting the undead? Learning that those poor souls blame the imperial family for their predicament. Now the city and its people want retribution and the only thing they will accept is the sacrifice of the empire’s most famous son – Sebastian Athanos Algardis.

He will stand trial for the crimes of his bloodline and it will take more than diplomacy for Ciardis to win his freedom, before a reign of fire comes down from the wyvern and the dragon to burn them all. 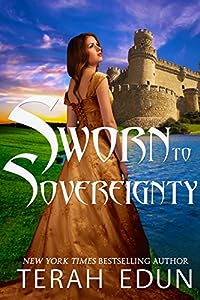 Ciardis Weathervane has one simple rule – win the first fight, then move on to the next. But she’s finding out that the citizens of Sandrin have other plans in mind.

When she returns to the imperial capital city, she finds that nothing is as she left it. Only a week has passed and yet chaos reins. Vana Cloudbreaker has been attacked and surprisingly, she did not come out on top.

The woman Ciardis thought was invincible stands a broken shell of what she once was and Ciardis isn’t entirely sure what or who was the cause of the fabled assassin’s derailment.

To top it off, the revolutionary party is determined to make itself known, starting with a call for an impostor emperor to vacate his throne. They couldn’t have chosen a worse time to start their revolution. Right when the noble societies at court are ready to throw their support to the prince heir and princess heir-in-waiting against the blutgott itself.

Now revolutionaries and courtiers are at odds, but even stranger–the duchess of Carne stands among the revolutionary guard. Ciardis is faced with the predicament of saving an empire and sacrificing a revolution, all while facing down a clock that has run out of the time.

The gods are here and there’s nothing that she nor anyone else can do to stop them.